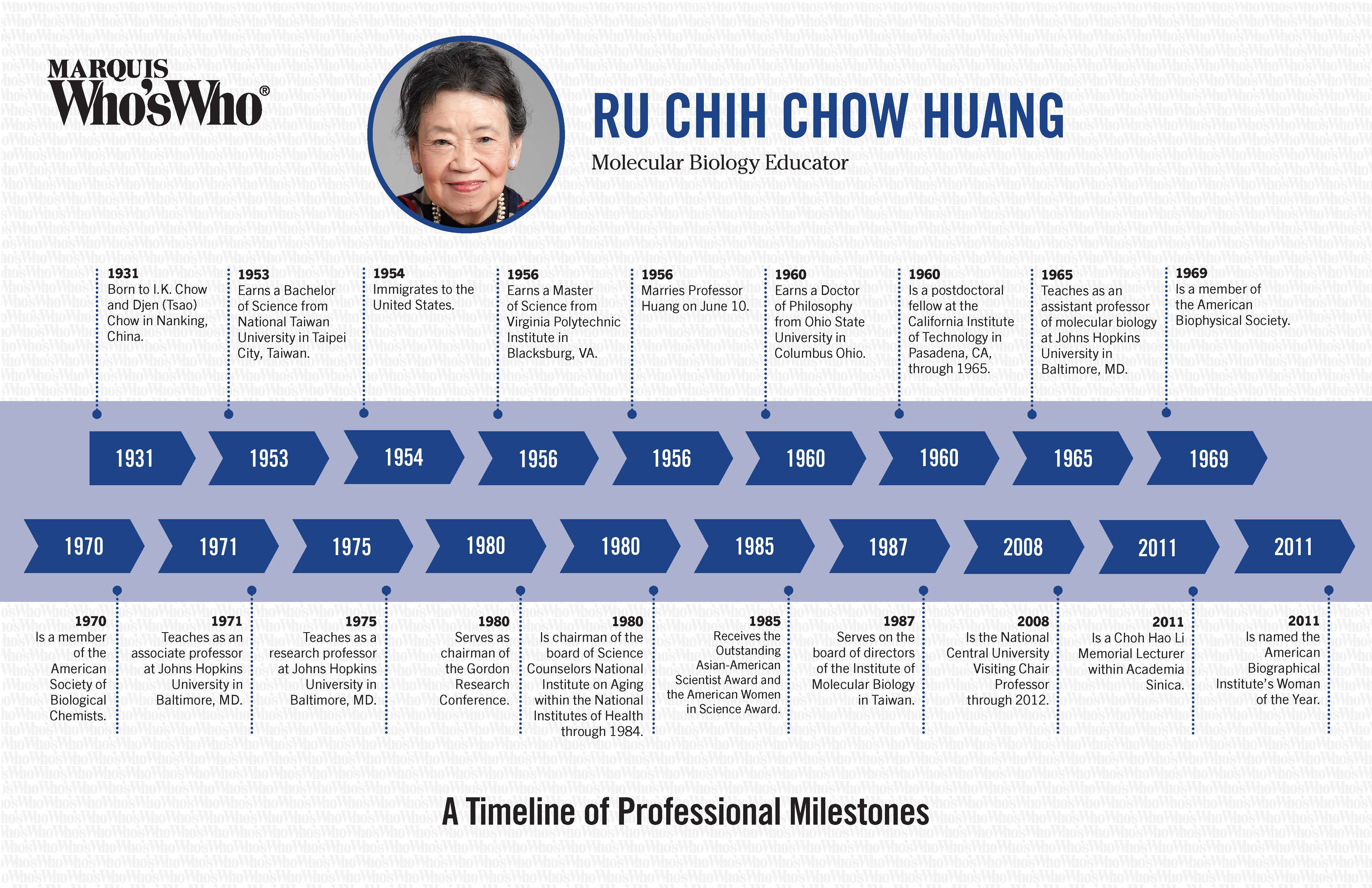 Earns a Bachelor of Science from National Taiwan University in Taipei City, Taiwan.

Earns a Master of Science from Virginia Polytechnic Institute in Blacksburg, VA.

Earns a Doctor of Philosophy from Ohio State University in Columbus Ohio.

Is a postdoctoral fellow at the California Institute of Technology in Pasadena, CA, through 1965.

Teaches as an assistant professor of molecular biology at Johns Hopkins University in Baltimore, MD.

Is a member of the American Biophysical Society.

Is a member of the American Society of Biological Chemists.

Teaches as an associate professor at Johns Hopkins University in Baltimore, MD.

Teaches as a research professor at Johns Hopkins University in Baltimore, MD.

Serves as chairman of the Gordon Research Conference.

Receives the Outstanding Asian-American Scientist Award and the American Women in Science Award.

Serves on the board of directors of the Institute of Molecular Biology in Taiwan.

Is the National Central University Visiting Chair Professor through 2012.

Is a Choh Hao Li Memorial Lecturer within Academia Sinica

Is named the American Biographical Institute’s Woman of the Year.