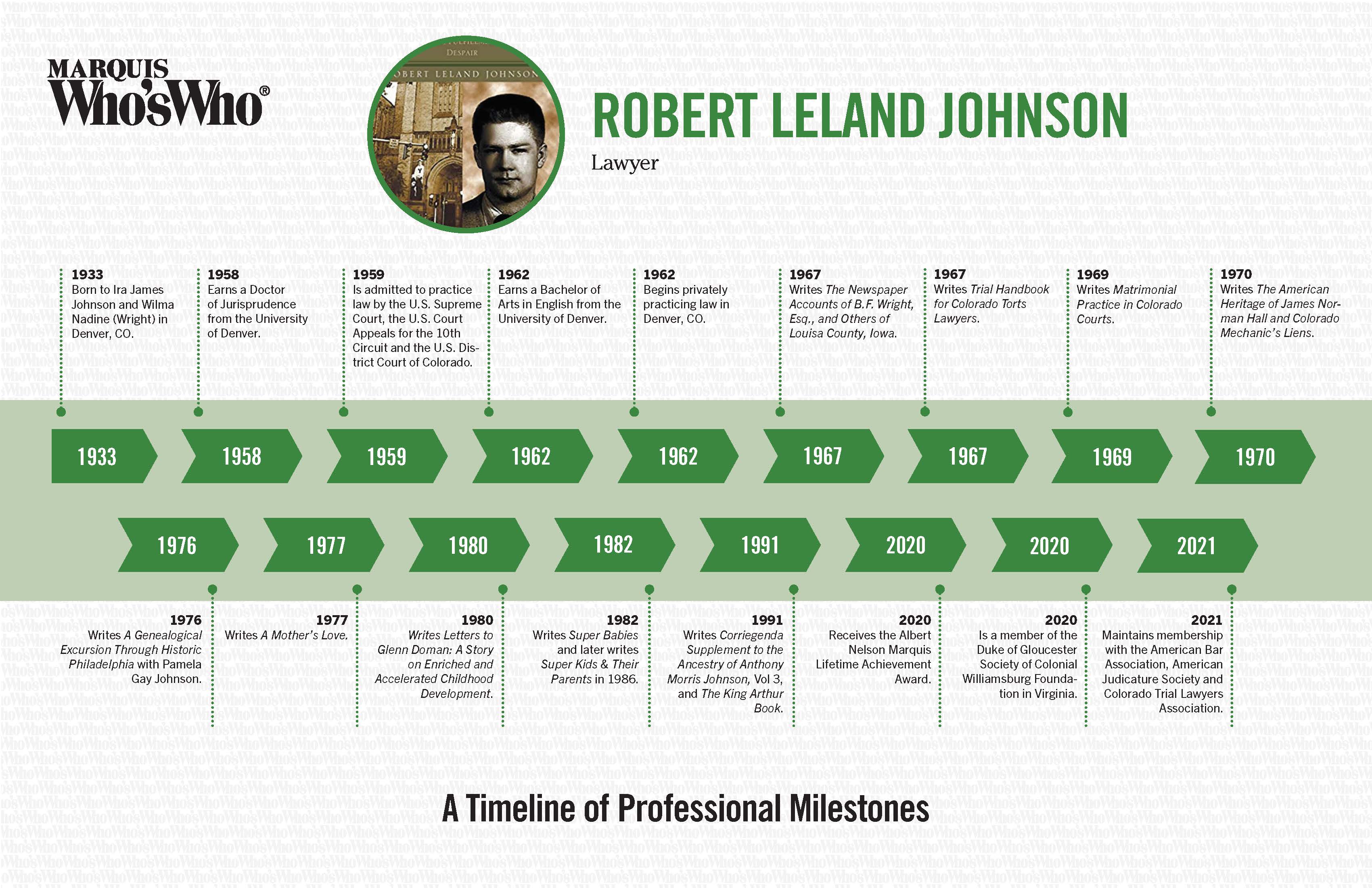 Earns a Doctor of Jurisprudence from the University of Denver.

Is admitted to practice law by the U.S. Supreme Court, the U.S. Court Appeals for the 10th Circuit and the U.S. District Court of Colorado.

Earns a Bachelor of Arts in English from the University of Denver.

Writes The Newspaper Accounts of B.F. Wright, Esq., and Others of Louisa County, Iowa.

Writes Letters to Glenn Doman: A Story on Enriched and Accelerated Childhood Development.

Writes Corriegenda Supplement to the Ancestry of Anthony Morris Johnson, Vol 3, and The King Arthur Book.

Is a member of the Duke of Gloucester Society of Colonial Williamsburg Foundation in Virginia.