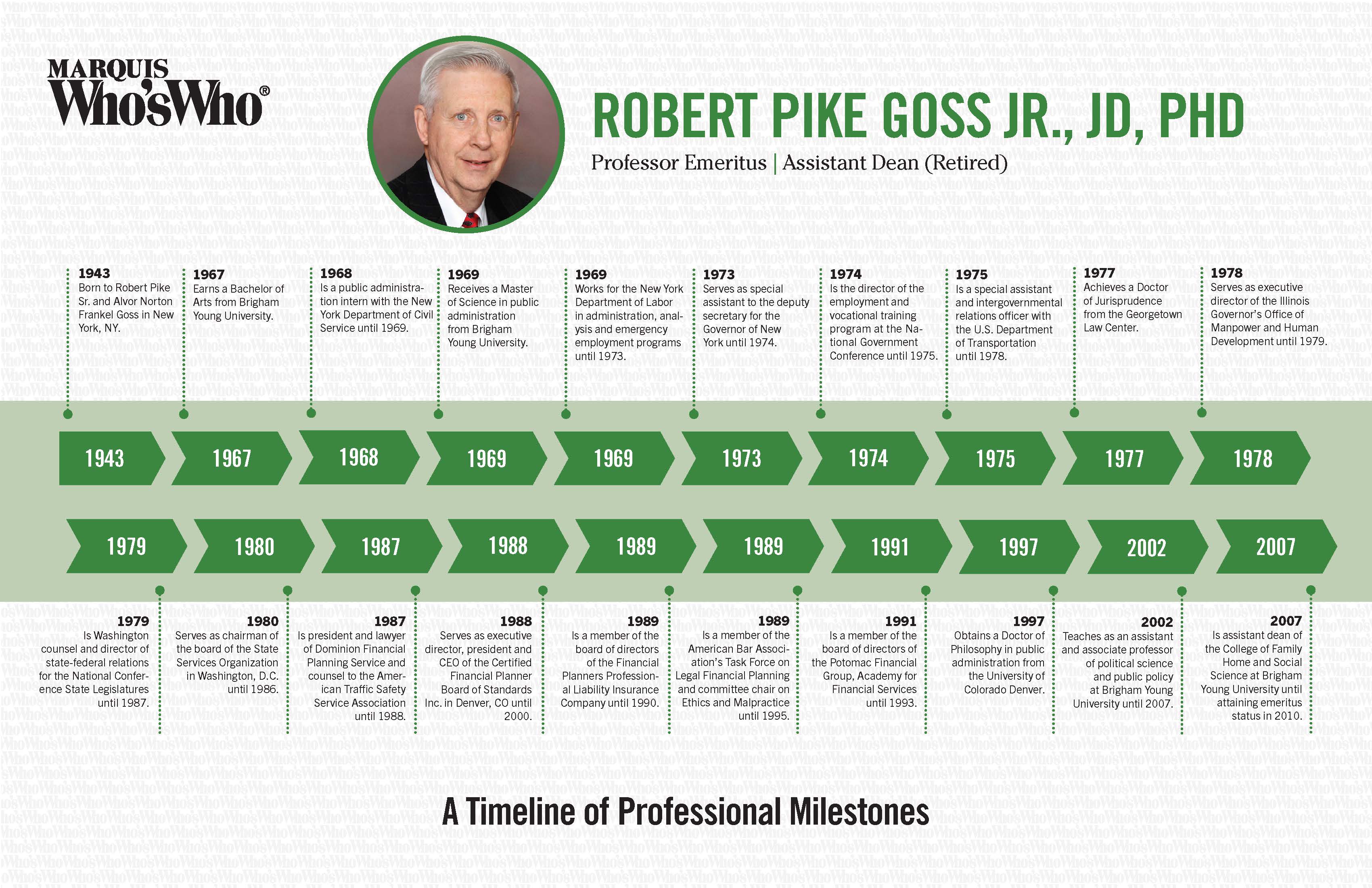 Earns a Bachelor of Arts from Brigham Young University.

Is a public administration intern with the New York Department of Civil Service until 1969.

Receives a Master of Science in public administration from Brigham Young University.

Works for the New York Department of Labor in administration, analysis and emergency employment programs until 1973.

Serves as special assistant to the deputy secretary for the Governor of New York until 1974.

Is the director of the employment and vocational training program at the National Government Conference until 1975.

Is a special assistant and intergovernmental relations officer with the U.S. Department of Transportation until 1978.

Achieves a Doctor of Jurisprudence from the Georgetown Law Center.

Serves as executive director of the Illinois Governor’s Office of Manpower and Human Development until 1979.

Is Washington counsel and director of state-federal relations for the National Conference State Legislatures until 1987.

Serves as chairman of the board of the State Services Organization in Washington, D.C. until 1986.

Is president and lawyer of Dominion Financial Planning Service and counsel to the American Traffic Safety Service Association until 1988.

Serves as executive director, president and CEO of the Certified Financial Planner Board of Standards Inc. in Denver, CO until 2000.

Is a member of the board of directors of the Financial Planners Professional Liability Insurance Company until 1990.

Is a member of the American Bar Association’s Task Force on Legal Financial Planning and committee chair on Ethics and Malpractice until 1995.

Is a member of the board of directors of the Potomac Financial Group, Academy for Financial Services until 1993.

Obtains a Doctor of Philosophy in public administration from the University of Colorado Denver.

Teaches as an assistant and associate professor of political science and public policy at Brigham Young University until 2007.

Is assistant dean of the College of Family Home and Social Science at Brigham Young University until attaining emeritus status in 2010.