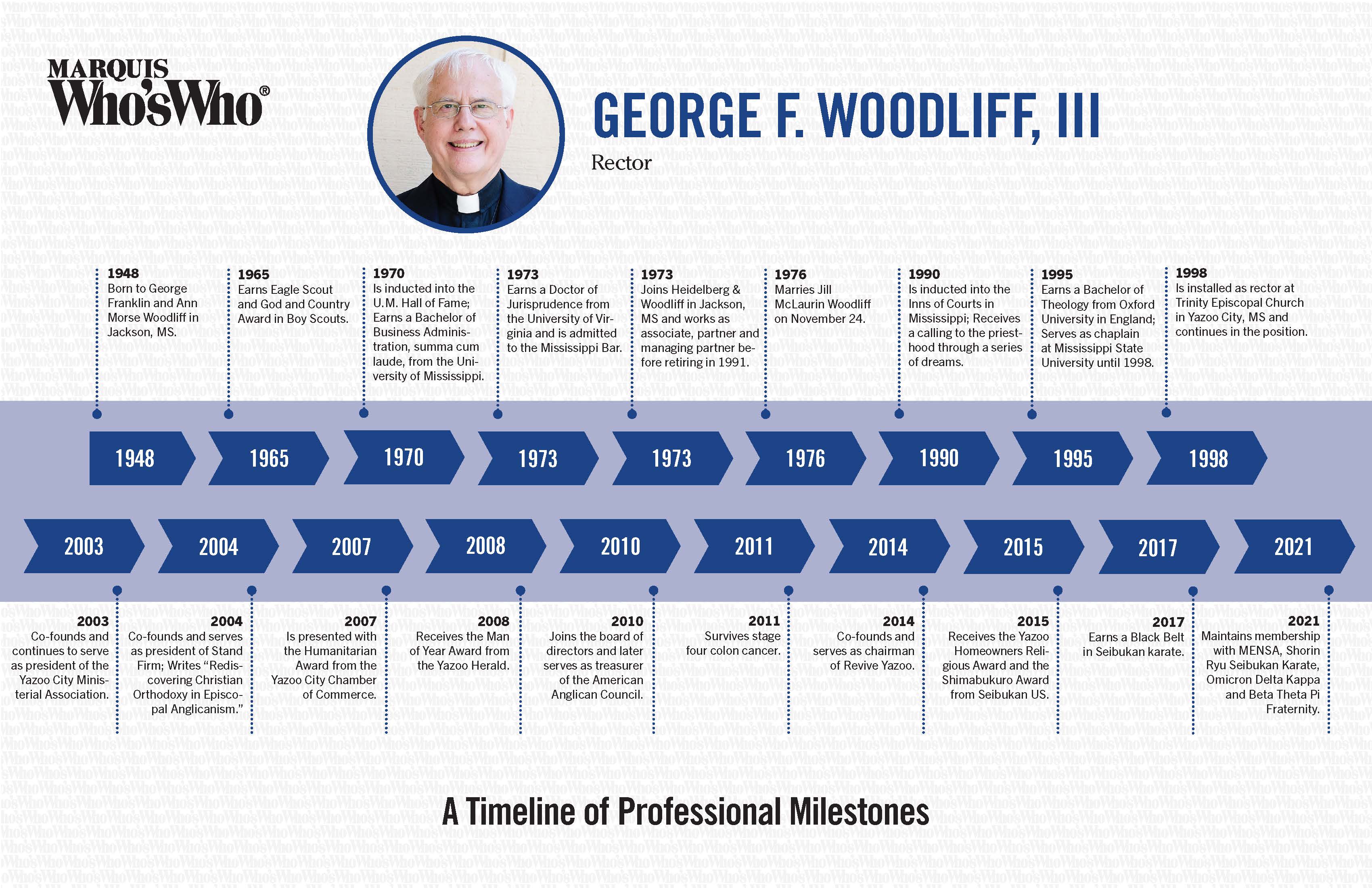 Earns a Doctor of Jurisprudence from the University of Virginia and is admitted to the Mississippi Bar.

Joins Heidelberg & Woodliff in Jackson, MS and works as associate, partner and managing partner before retiring in 1991.

Is inducted into the Inns of Courts in Mississippi; Receives a calling to the priesthood through a series of dreams.

Earns a Bachelor of Theology from Oxford University in England; Serves as chaplain at Mississippi State University until 1998.

Is installed as rector at Trinity Episcopal Church in Yazoo City, MS and continues in the position.

Co-founds and continues to serve as president of the Yazoo City Ministerial Association.

Is presented with the Humanitarian Award from the Yazoo City Chamber of Commerce.

Receives the Man of Year Award from the Yazoo Herald.

Joins the board of directors and later serves as treasurer of the American Anglican Council.

Co-founds and serves as chairman of Revive Yazoo.

Receives the Yazoo Homeowners Religious Award and the Shimabukuro Award from Seibukan US.