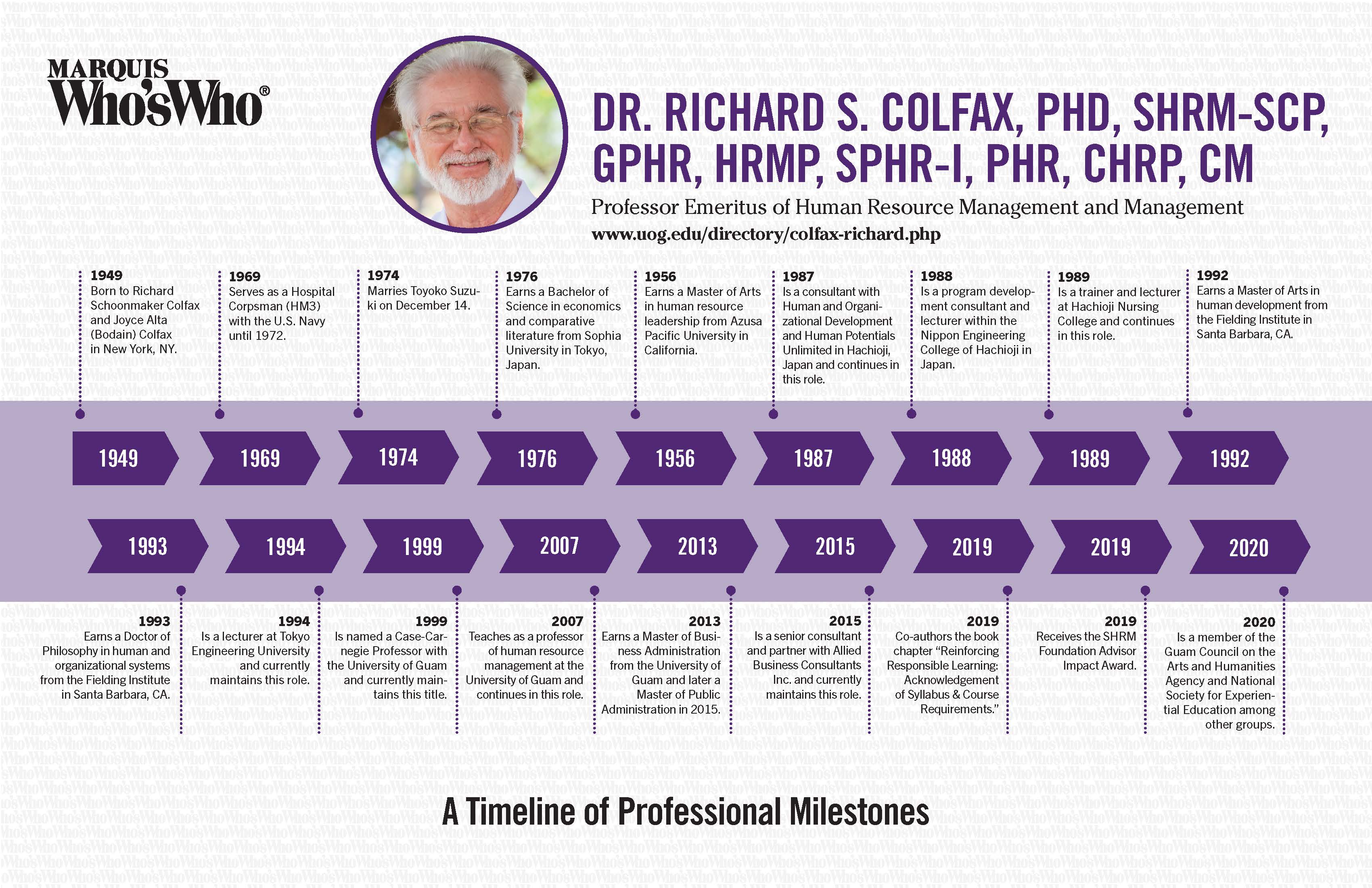 Earns a Bachelor of Science in economics and comparative literature from Sophia University in Tokyo, Japan.

Earns a Master of Arts in human resource leadership from Azusa Pacific University in California.

Is a consultant with Human and Organizational Development and Human Potentials Unlimited in Hachioji, Japan and continues in this role.

Is a program development consultant and lecturer within the Nippon Engineering College of Hachioji in Japan.

Is a trainer and lecturer at Hachioji Nursing College and continues in this role.

Earns a Master of Arts in human development from the Fielding Institute in Santa Barbara, CA.

Earns a Doctor of Philosophy in human and organizational systems from the Fielding Institute in Santa Barbara, CA.

Is a lecturer at Tokyo Engineering University and currently maintains this role.

Is named a Case-Carnegie Professor with the University of Guam and currently maintains this title.

Teaches as a professor of human resource management at the University of Guam and continues in this role.

Is a senior consultant and partner with Allied Business Consultants Inc. and currently maintains this role.

Is a member of the Guam Council on the Arts and Humanities Agency and National Society for Experiential Education among other groups.