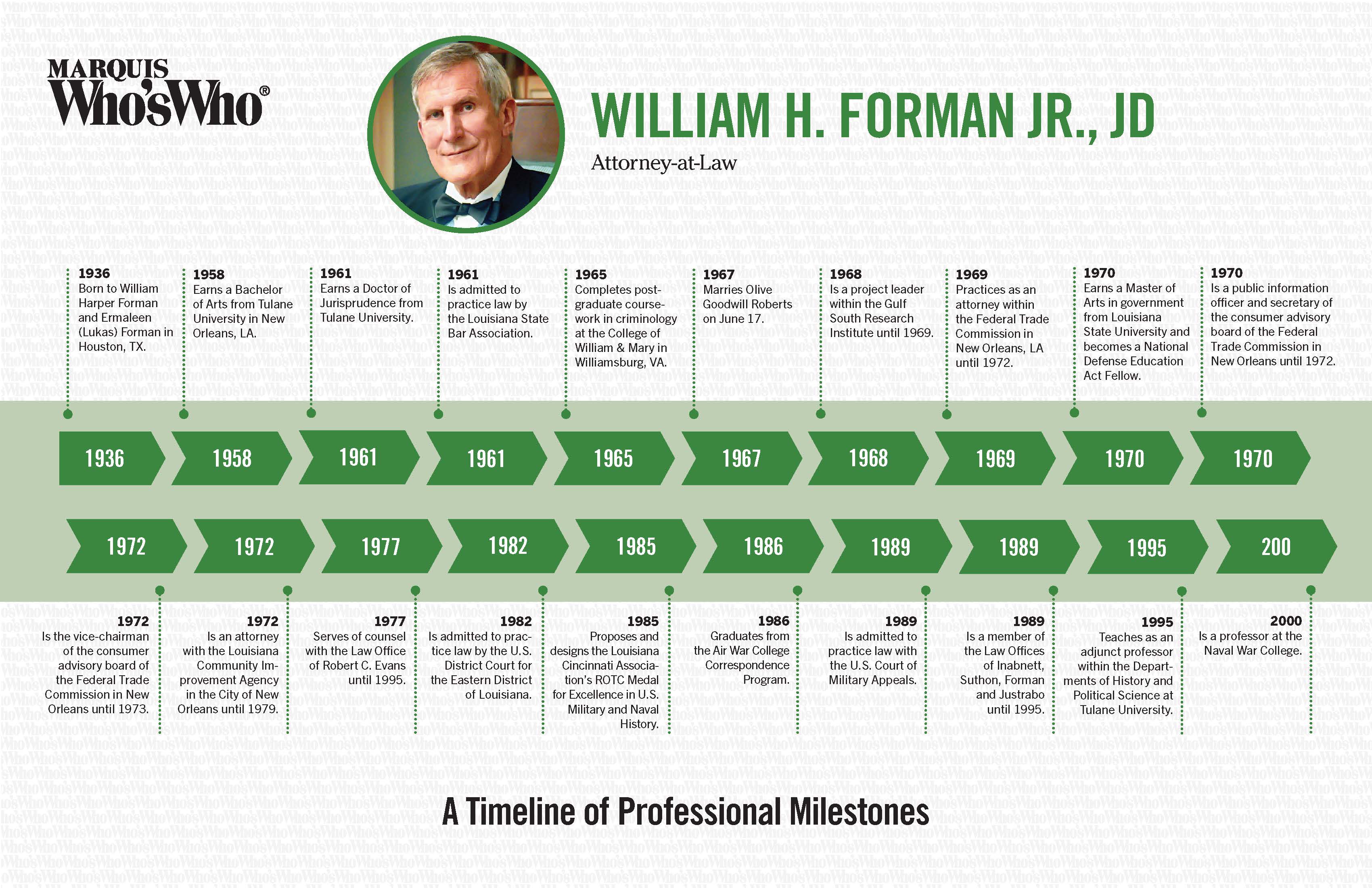 Earns a Bachelor of Arts from Tulane University in New Orleans, LA.

Earns a Doctor of Jurisprudence from Tulane University.

Is admitted to practice law by the Louisiana State Bar Association.

Completes postgraduate coursework in criminology at the College of William & Mary in Williamsburg, VA.

Is a project leader within the Gulf South Research Institute until 1969.

Practices as an attorney within the Federal Trade Commission in New Orleans, LA until 1972.

Earns a Master of Arts in government from Louisiana State University and becomes a National Defense Education Act Fellow.

Is a public information officer and secretary of the consumer advisory board of the Federal Trade Commission in New Orleans until 1972.

Is the vice-chairman of the consumer advisory board of the Federal Trade Commission in New Orleans until 1973.

Is an attorney with the Louisiana Community Improvement Agency in the City of New Orleans until 1979.

Serves of counsel with the Law Office of Robert C. Evans until 1995.

Is admitted to practice law by the U.S. District Court for the Eastern District of Louisiana.

Is admitted to practice law with the U.S. Court of Military Appeals.

Teaches as an adjunct professor within the Departments of History and Political Science at Tulane University.

Is a professor at the Naval War College.