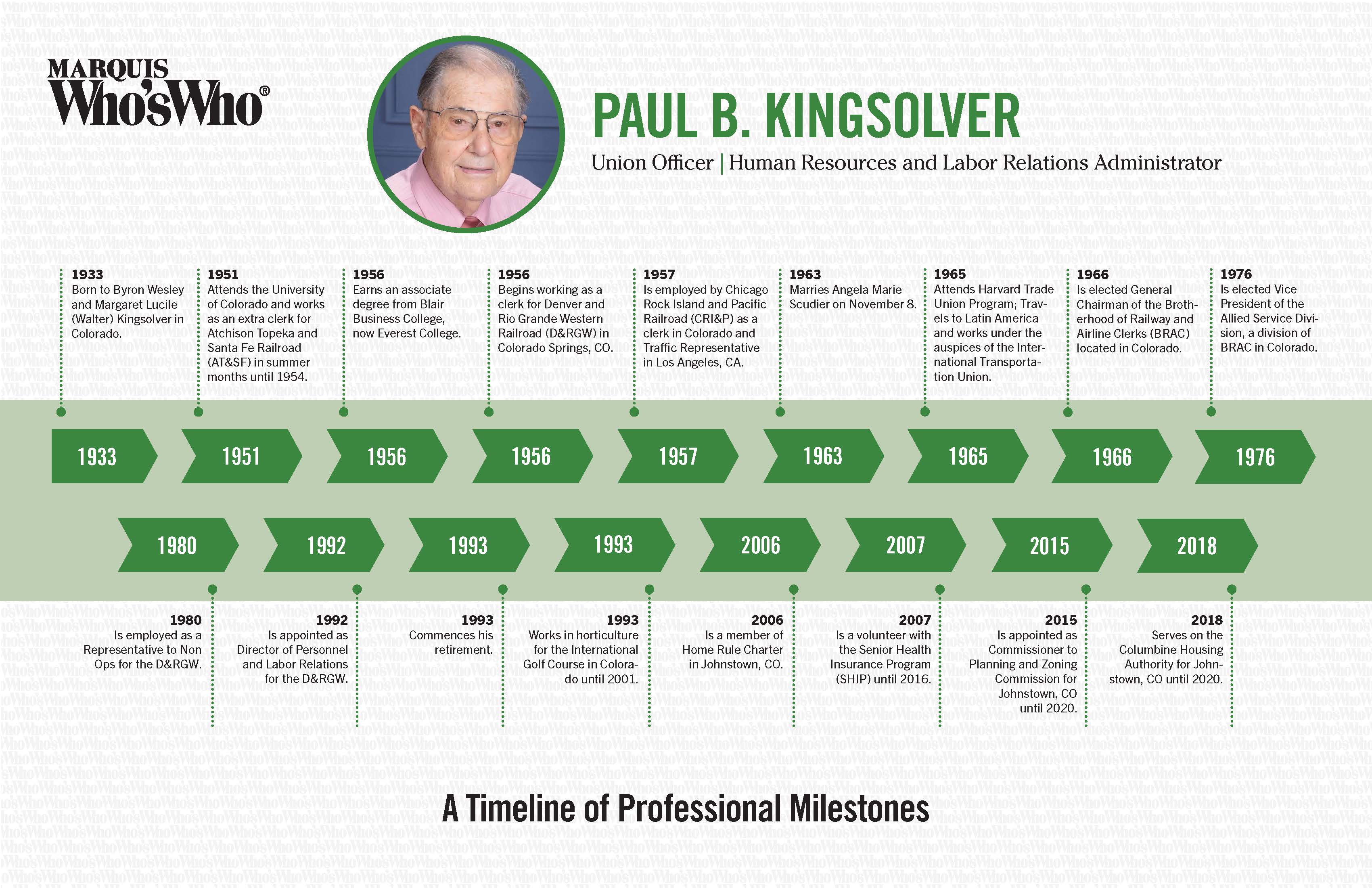 Attends the University of Colorado and works as an extra clerk for Atchison Topeka and Santa Fe Railroad (AT&SF) in summer months until 1954.

Is employed by Chicago Rock Island and Pacific Railroad (CRI&P) as a clerk in Colorado and Traffic Representative in Los Angeles, CA.

Attends Harvard Trade Union Program; Travels to Latin America and works under the auspices of the International Transportation Union.

Is elected General Chairman of the Brotherhood of Railway and Airline Clerks (BRAC) located in Colorado.

Is elected Vice President of the Allied Service Division, a division of BRAC in Colorado.

Is employed as a Representative to Non Ops for the D&RGW.

Is appointed as Director of Personnel and Labor Relations for the D&RGW.

Works in horticulture for the International Golf Course in Colorado until 2001.

Is a member of Home Rule Charter in Johnstown, CO.

Is a volunteer with the Senior Health Insurance Program (SHIP) until 2016.

Is appointed as Commissioner to Planning and Zoning Commission for Johnstown, CO until 2020.

Serves on the Columbine Housing Authority for Johnstown, CO until 2020.