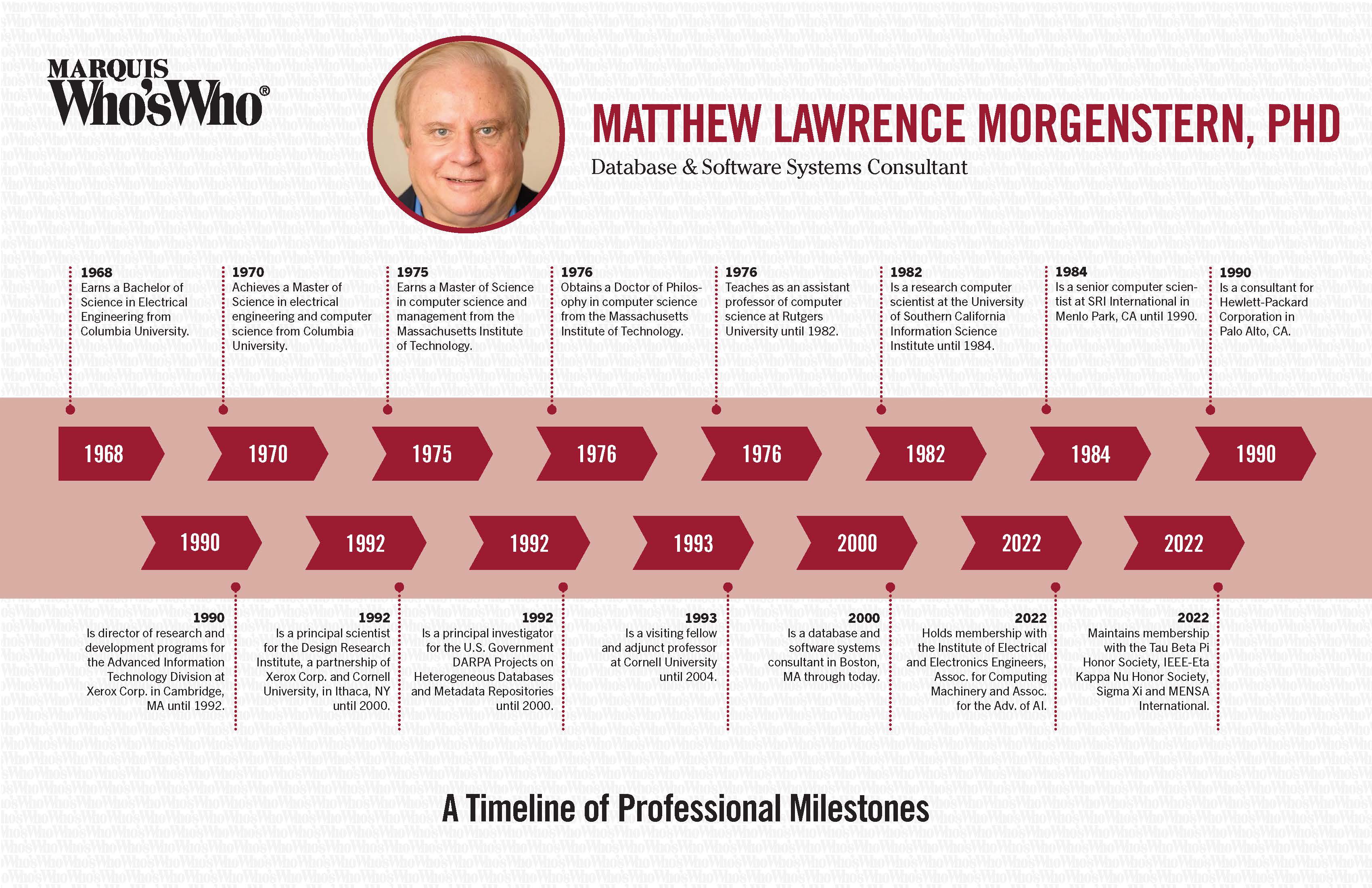 Earns a Bachelor of Science in Electrical Engineering from Columbia University.

Achieves a Master of Science in electrical engineering and computer science from Columbia University.

Earns a Master of Science in computer science and management from the Massachusetts Institute of Technology.

Obtains a Doctor of Philosophy in computer science from the Massachusetts Institute of Technology.

Teaches as an assistant professor of computer science at Rutgers University until 1982.

Is a research computer scientist at the University of Southern California Information Science Institute until 1984.

Is a senior computer scientist at SRI International in Menlo Park, CA until 1990.

Is a consultant for Hewlett-Packard Corporation in Palo Alto, CA.

Is director of research and development programs for the Advanced Information Technology Division at Xerox Corp. in Cambridge, MA until 1992.

Is a principal scientist for the Design Research Institute, a partnership of Xerox Corp. and Cornell University, in Ithaca, NY until 2000.

Is a principal investigator for the U.S. Government DARPA Projects on Heterogeneous Databases and Metadata Repositories until 2000.

Is a visiting fellow and adjunct professor at Cornell University until 2004.

Is a database and software systems consultant in Boston, MA through today.

Holds membership with the Institute of Electrical and Electronics Engineers, Assoc. for Computing Machinery and Assoc. for the Adv. of AI.