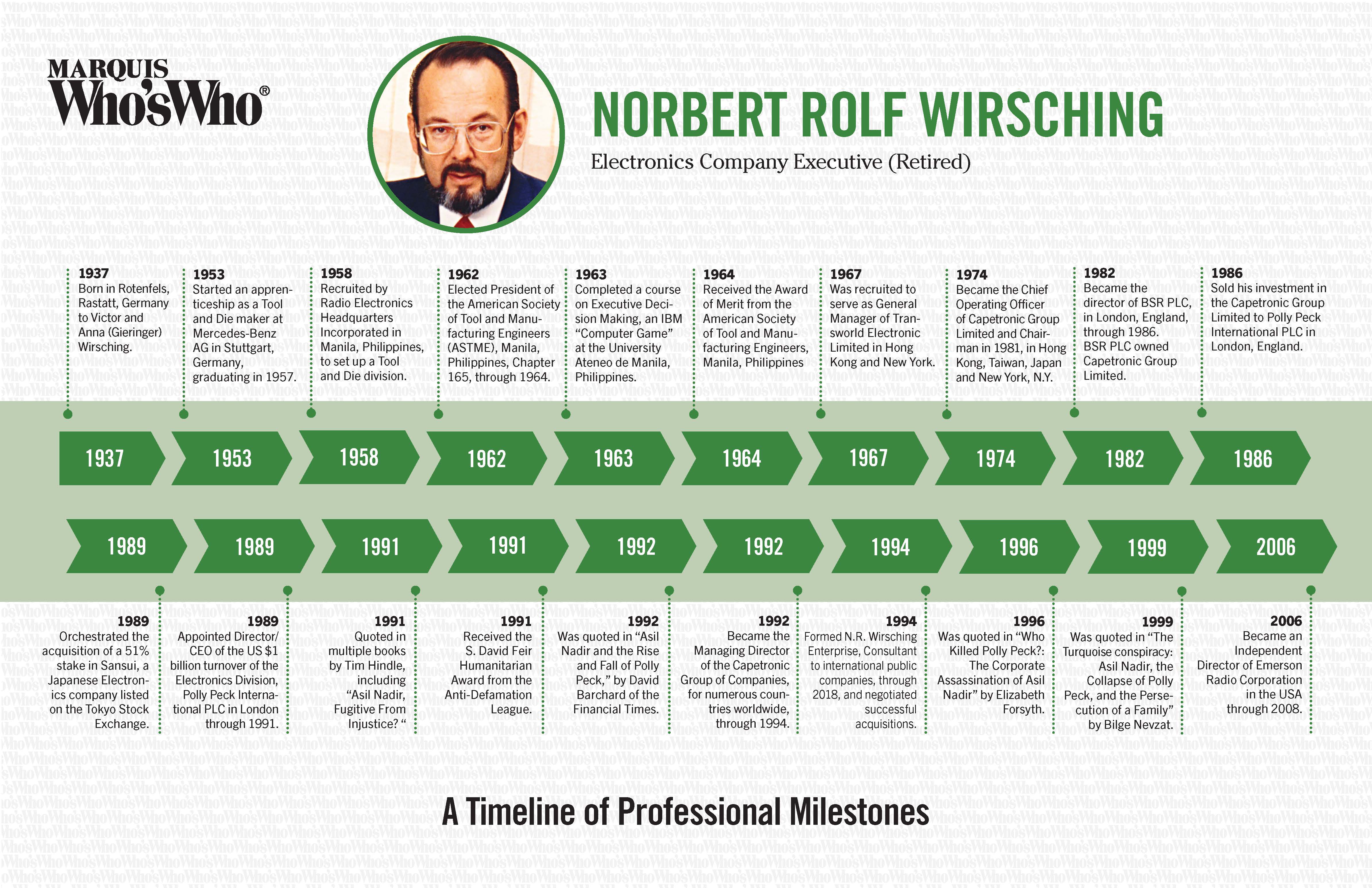 Started apprenticeship as a Tool and Die maker at Mercedes-Benz AG in Stuttgart, Germany, graduating in 1957.

Recruited by Radio Electronics Headquarters Incorporated in Manila, Philippines, to set up a Tool and Die division.

Elected President of the American Society of Tool and Manufacturing Engineers (ASTME), Manila, Philippines, Chapter 165, through 1964.

Received the Award of Merit from the American Society of Tool and Manufacturing Engineers, Manila, Philippines.

Was recruited to serve as General Manager of Transworld Electronic Limited in Hong Kong and New York.

Sold his investment in the Capetronic Group Limited to Polly Peck International PLC in London, England.

Orchestrated the acquisition of a 51% stake in Sansui, a Japanese Electronics company listed on the Tokyo Stock Exchange.

Appointed Director/CEO of the US $1 billion turnover of the Electronics Division, Polly Peck International PLC in London through 1991.

Quoted in multiple books by Tim Hindle, including “Asil Nadir, Fugitive From Injustice? “

Was quoted in “Asil Nadir and the Rise and Fall of Polly Peck,” by David Barchard of the Financial Times.

Became the Managing Director of the Capetronic Group of Companies, for numerous countries worldwide, through 1994.

Was quoted in “Who Killed Polly Peck?: The Corporate Assassination of Asil Nadir” by Elizabeth Forsyth.

Was quoted in “The Turquoise conspiracy: Asil Nadir, the Collapse of Polly Peck, and the Persecution of a Family” by Bilge Nevzat.

Became an Independent Director of Emerson Radio Corporation in the USA through 2008.