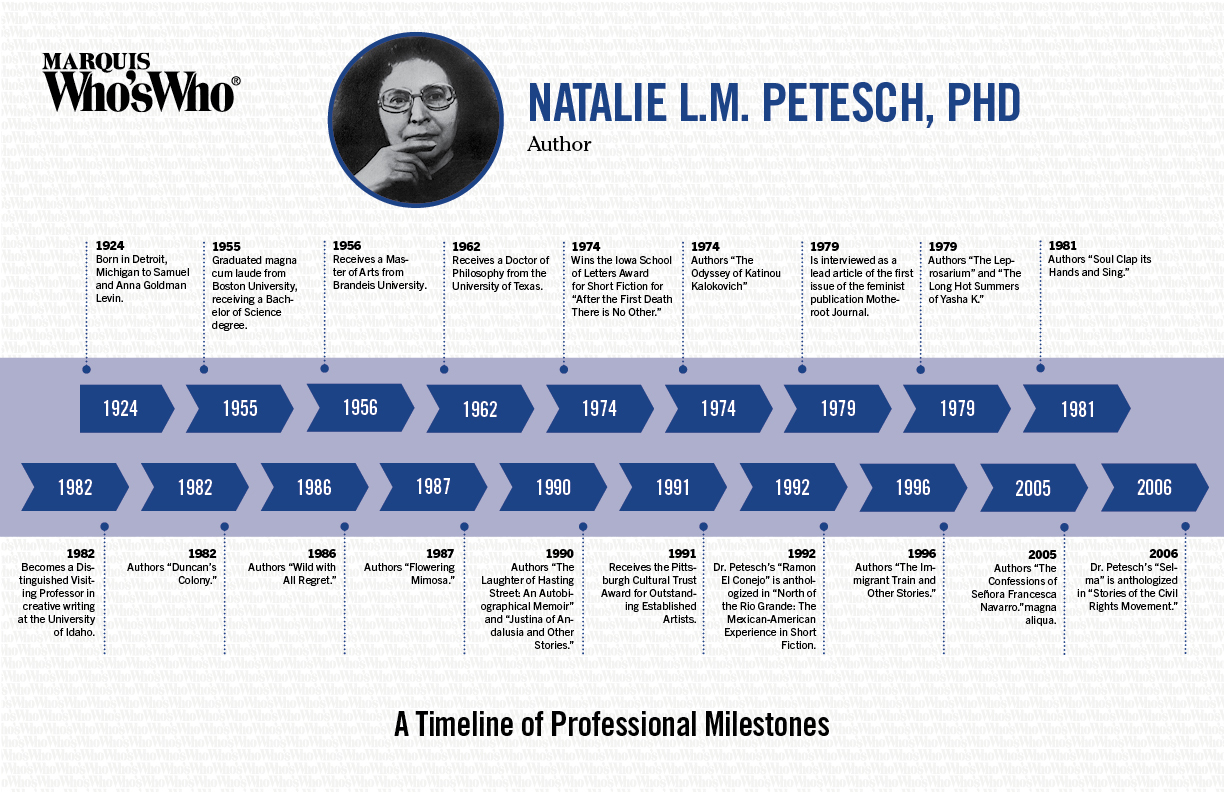 Born in Detroit, Michigan to Samuel and Anna Goldman Levin.

Receives a Master of Arts from Brandeis University.

Receives a Doctor of Philosophy from the University of Texas.

Wins the Iowa School of Letters Award for Short Fiction for “After the First Death There is No Other.”

Is interviewed as a lead article of the first issue of the feminist publication Motheroot Journal.

Authors “The Leprosarium” and “The Long Hot Summers of Yasha K.”

Becomes a Distinguished Visiting Professor in creative writing at the University of Idaho.

Authors “Wild with All Regret.”

Authors “The Laughter of Hasting Street: An Autobiographical Memoir” and “Justina of Andalusia and Other Stories.”

Dr. Petesch’s “Ramon El Conejo” is anthologized in “North of the Rio Grande: The Mexican-American Experience in Short Fiction.

Authors “The Immigrant Train and Other Stories.”

Dr. Petesch’s “Selma” is anthologized in “Stories of the Civil Rights Movement.”