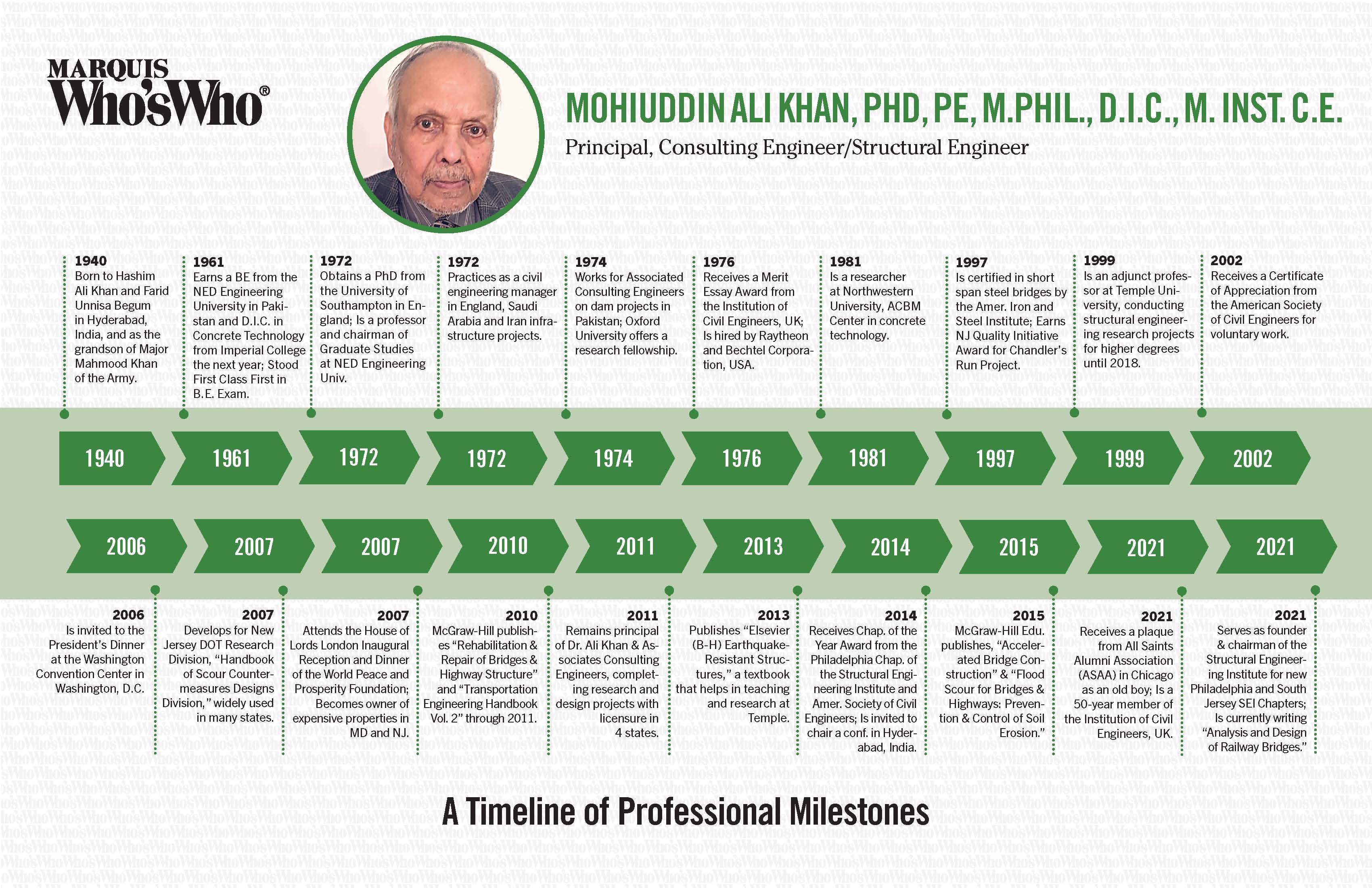 Born to Hashim Ali Khan and Farid Unnisa Begum in Hyderabad, India, and as the grandson of Major Mahmood Khan of the Army.

Earns a BE from the NED Engineering University in Pakistan and D.I.C. in Concrete Technology from Imperial College the next year; Stood First Class First in B.E. Exam.

Obtains a PhD from the University of Southampton in England; Is a professor and chairman of Graduate Studies at NED Engineering Univ.

Receives a Merit Essay Award from the Institution of Civil Engineers, UK; Is hired by Raytheon and Bechtel Corporation, USA.

Is a researcher at Northwestern University, ACBM Center in concrete technology.

Is an adjunct professor at Temple University, conducting structural engineering research projects for higher degrees until 2018.

Receives a Certificate of Appreciation from the American Society of Civil Engineers for voluntary work.

Is invited to the President’s Dinner at the Washington Convention Center in Washington, D.C.

Attends the House of Lords London Inaugural Reception and Dinner of the World Peace and Prosperity Foundation; Becomes owner of expensive properties in MD and NJ.

Publishes “Elsevier (B-H) Earthquake-Resistant Structures,” a textbook that helps in teaching and research at Temple.

Receives Chap. of the Year Award from the Philadelphia Chap. of the Structural Engineering Institute and Amer. Society of Civil Engineers; Is invited to chair a conf. in Hyderabad, India.

Receives a plaque from All Saints Alumni Association (ASAA) in Chicago as an old boy; Is a 50-year member of the Institution of Civil Engineers, UK.

Serves as founder & chairman of the Structural Engineering Institute for new Philadelphia and South Jersey SEI Chapters; Is currently writing “Analysis and Design of Railway Bridges.”