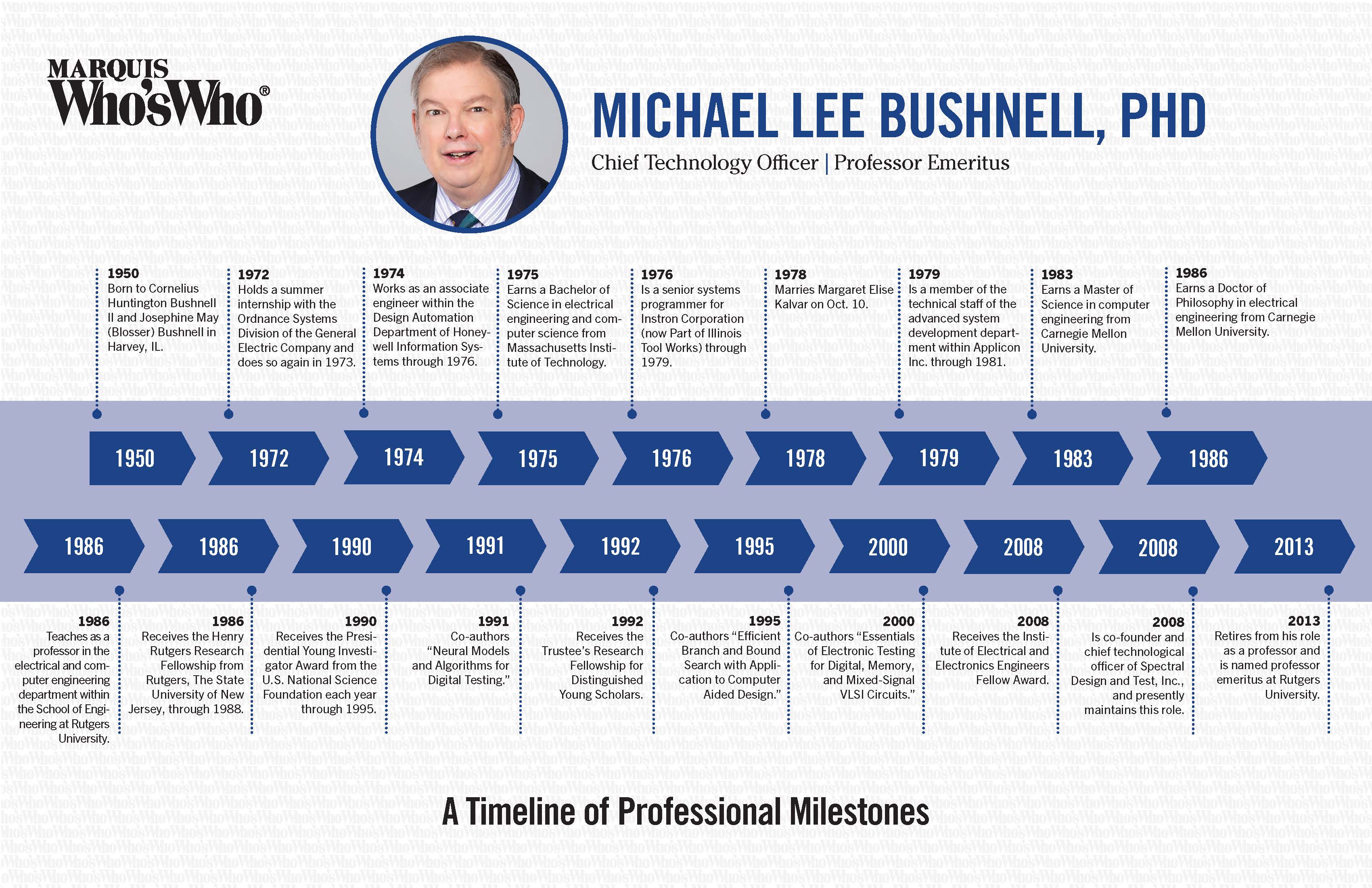 Holds a summer internship with the Ordnance Systems Division of the General Electric Company and does so again in 1973.

Works as an associate engineer within the Design Automation Department of Honeywell Information Systems through 1976.

Earns a Bachelor of Science in electrical engineering and computer science from Massachusetts Institute of Technology.

Is a senior systems programmer for Instron Corporation (now Part of Illinois Tool Works) through 1979.

Is a member of the technical staff of the advanced system development department within Applicon Inc. through 1981.

Earns a Master of Science in computer engineering from Carnegie Mellon University.

Earns a Doctor of Philosophy in electrical engineering from Carnegie Mellon University.

Teaches as a professor in the electrical and computer engineering department within the School of Engineering at Rutgers University.

Receives the Henry Rutgers Research Fellowship from Rutgers, The State University of New Jersey, through 1988.

Receives the Presidential Young Investigator Award from the U.S. National Science Foundation each year through 1995.

Receives the Institute of Electrical and Electronics Engineers Fellow Award.

Is co-founder and chief technological officer of Spectral Design and Test, Inc., and presently maintains this role.

Retires from his role as a professor and is named professor emeritus at Rutgers University.