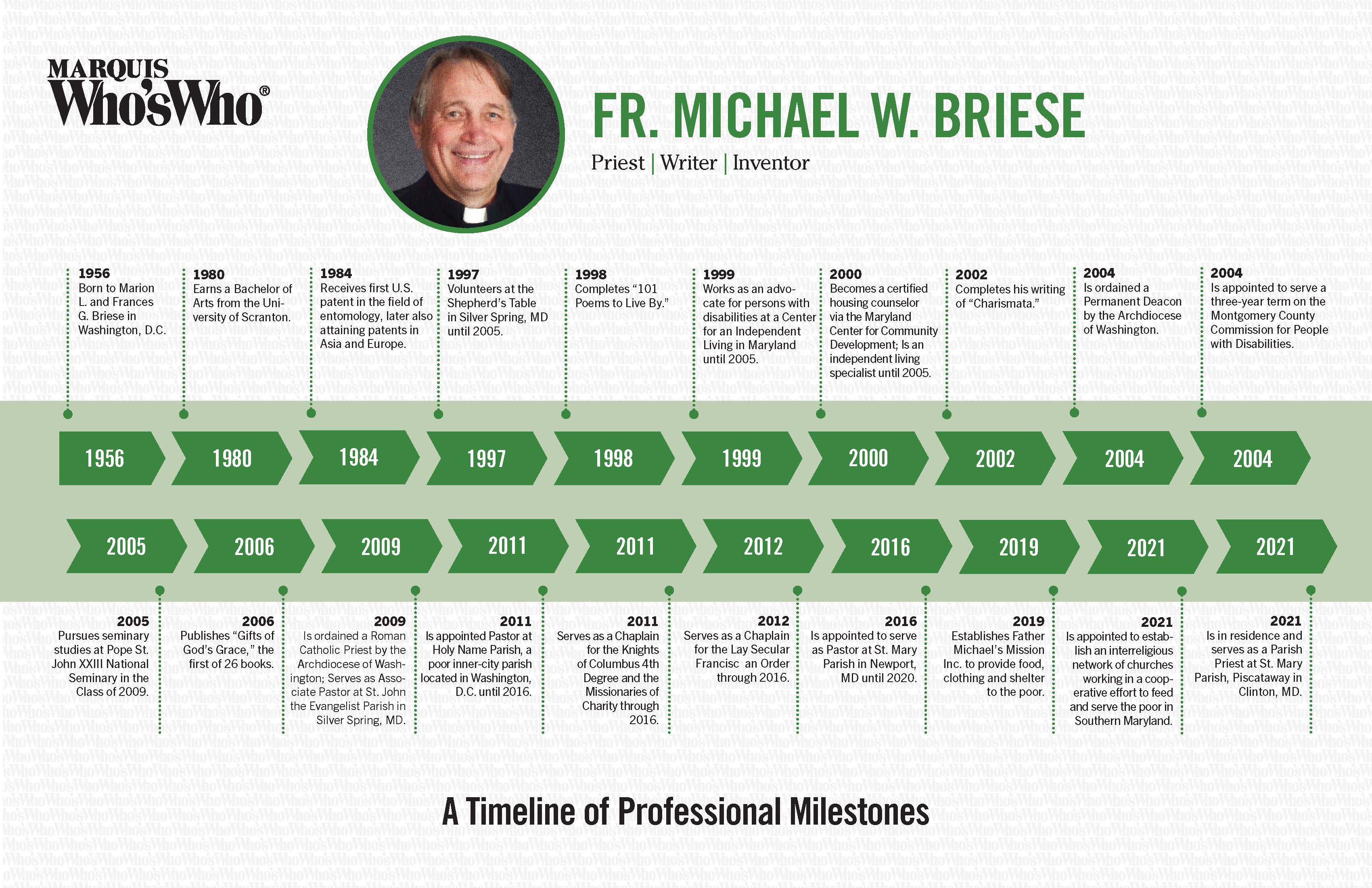 Earns a Bachelor of Arts from the University of Scranton.

Volunteers at the Shepherd’s Table in Silver Spring, MD until 2005.

Works as an advocate for persons with disabilities at a Center for an Independent Living in Maryland until 2005.

Becomes a certified housing counselor via the Maryland Center for Community Development; Is an independent living specialist until 2005.

Completes his writing of “Charismata.”

Is ordained a Permanent Deacon by the Archdiocese of Washington.

Is appointed to serve a three-year term on the Montgomery County Commission for People with Disabilities.

Publishes “Gifts of God’s Grace,” the first of 26 books.

Is ordained a Roman Catholic Priest by the Archdiocese of Washington; Serves as Associate Pastor at St. John the Evangelist Parish in Silver Spring, MD.

Is appointed Pastor at Holy Name Parish, a poor inner-city parish located in Washington, D.C. until 2016.

Serves as a Chaplain for the Knights of Columbus 4th Degree and the Missionaries of Charity through 2016.

Serves as a Chaplain for the Lay Secular Franciscan Order through 2016.

Is appointed to serve as Pastor at St. Mary Parish in Newport, MD until 2020.

Is appointed to establish an interreligious network of churches working in a cooperative effort to feed and serve the poor in Southern Maryland.

Is in residence and serves as a Parish Priest at St. Mary Parish, Piscataway in Clinton, MD.