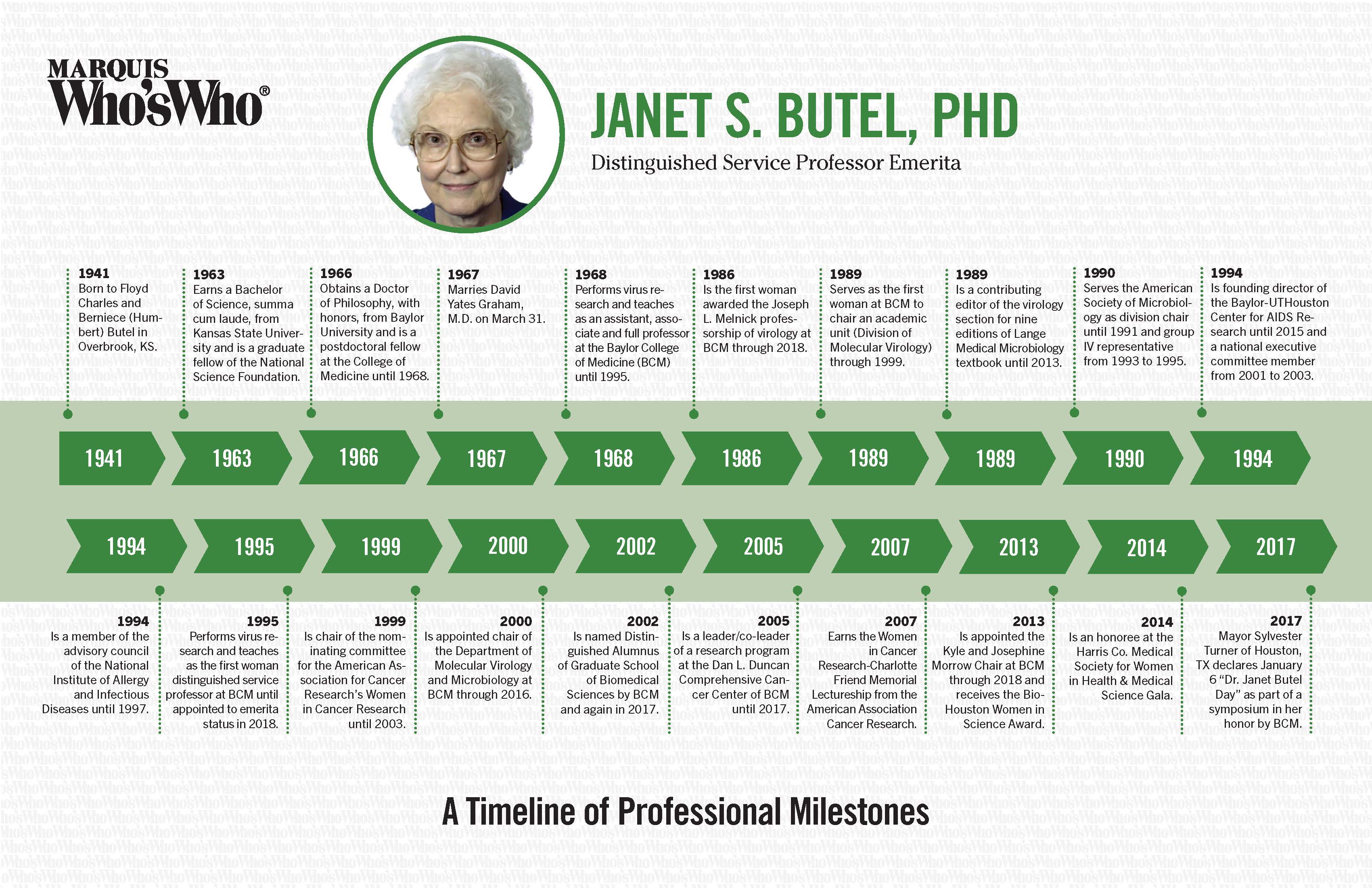 Obtains a Doctor of Philosophy, with honors, from Baylor University and is a postdoctoral fellow at the College of Medicine until 1968.

Performs virus research and teaches as an assistant, associate and full professor at the Baylor College of Medicine (BCM) until 1995.

Is the first woman awarded the Joseph L. Melnick professorship of virology at BCM through 2018.

Serves as the first woman at BCM to chair an academic unit (Division of Molecular Virology) through 1999.

Is a contributing editor of the virology section for nine editions of Lange Medical Microbiology textbook until 2013.

Serves the American Society of Microbiology as division chair until 1991 and group IV representative from 1993 to 1995.

Is founding director of the Baylor-UTHouston Center for AIDS Research until 2015 and a national executive committee member from 2001 to 2003.

Is a member of the advisory council of the National Institute of Allergy and Infectious Diseases until 1997.

Performs virus research and teaches as the first woman distinguished service professor at BCM until appointed to emerita status in 2018.

Is appointed chair of the Department of Molecular Virology and Microbiology at BCM through 2016.

Is named Distinguished Alumnus of Graduate School of Biomedical Sciences by BCM and again in 2017.

Is a leader/co-leader of a research program at the Dan L. Duncan Comprehensive Cancer Center of BCM until 2017.

Is appointed the Kyle and Josephine Morrow Chair at BCM through 2018 and receives the BioHouston Women in Science Award.

Is an honoree at the Harris Co. Medical Society for Women in Health & Medical Science Gala.

Mayor Sylvester Turner of Houston, TX declares January 6 “Dr. Janet Butel Day” as part of a symposium in her honor by BCM.