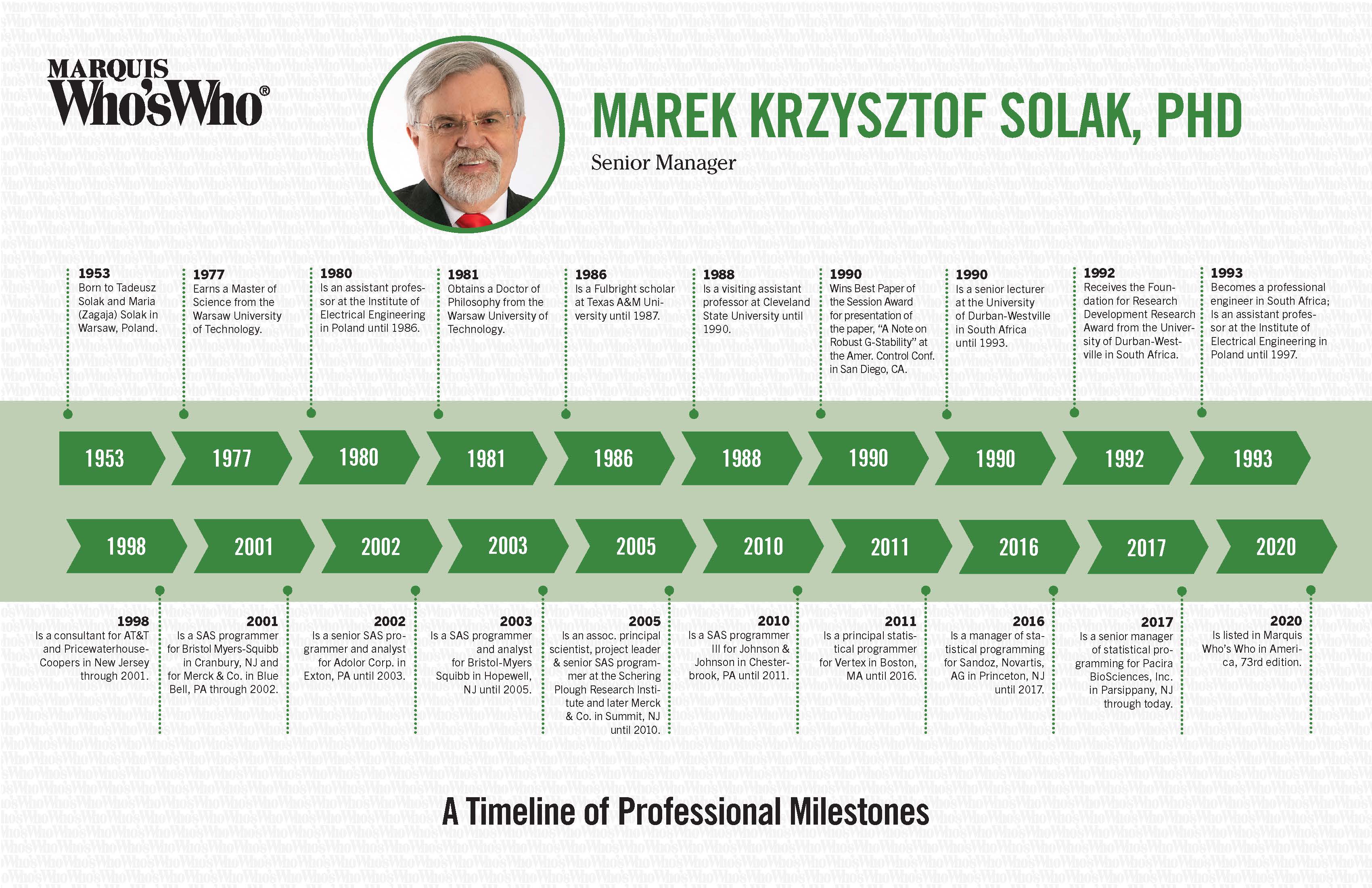 Earns a Master of Science from the Warsaw University of Technology.

Is an assistant professor at the Institute of Electrical Engineering in Poland until 1986.

Obtains a Doctor of Philosophy from the Warsaw University of Technology.

Is a Fulbright scholar at Texas A&M University until 1987.

Is a visiting assistant professor at Cleveland State University until 1990.

Wins Best Paper of the Session Award for presentation of the paper, “A Note on Robust G-Stability” at the Amer. Control Conf. in San Diego, CA.

Is a senior lecturer at the University of Durban-Westville in South Africa until 1993.

Receives the Foundation for Research Development Research Award from the University of Durban-Westville in South Africa.

Becomes a professional engineer in South Africa; Is an assistant professor at the Institute of Electrical Engineering in Poland until 1997.

Is a consultant for AT&T and PricewaterhouseCoopers in New Jersey through 2001.

Is a SAS programmer for Bristol Myers-Squibb in Cranbury, NJ and for Merck & Co. in Blue Bell, PA through 2002.

Is a senior SAS programmer and analyst for Adolor Corp. in Exton, PA until 2003.

Is a SAS programmer and analyst for Bristol-Myers Squibb in Hopewell, NJ until 2005.

Is a SAS programmer III for Johnson & Johnson in Chesterbrook, PA until 2011.

Is a principal statistical programmer for Vertex in Boston, MA until 2016.

Is a manager of statistical programming for Sandoz, Novartis, AG in Princeton, NJ until 2017.

Is a senior manager of statistical programming for Pacira BioSciences, Inc. in Parsippany, NJ through today.

Is listed in Marquis Who’s Who in America, 73rd edition.