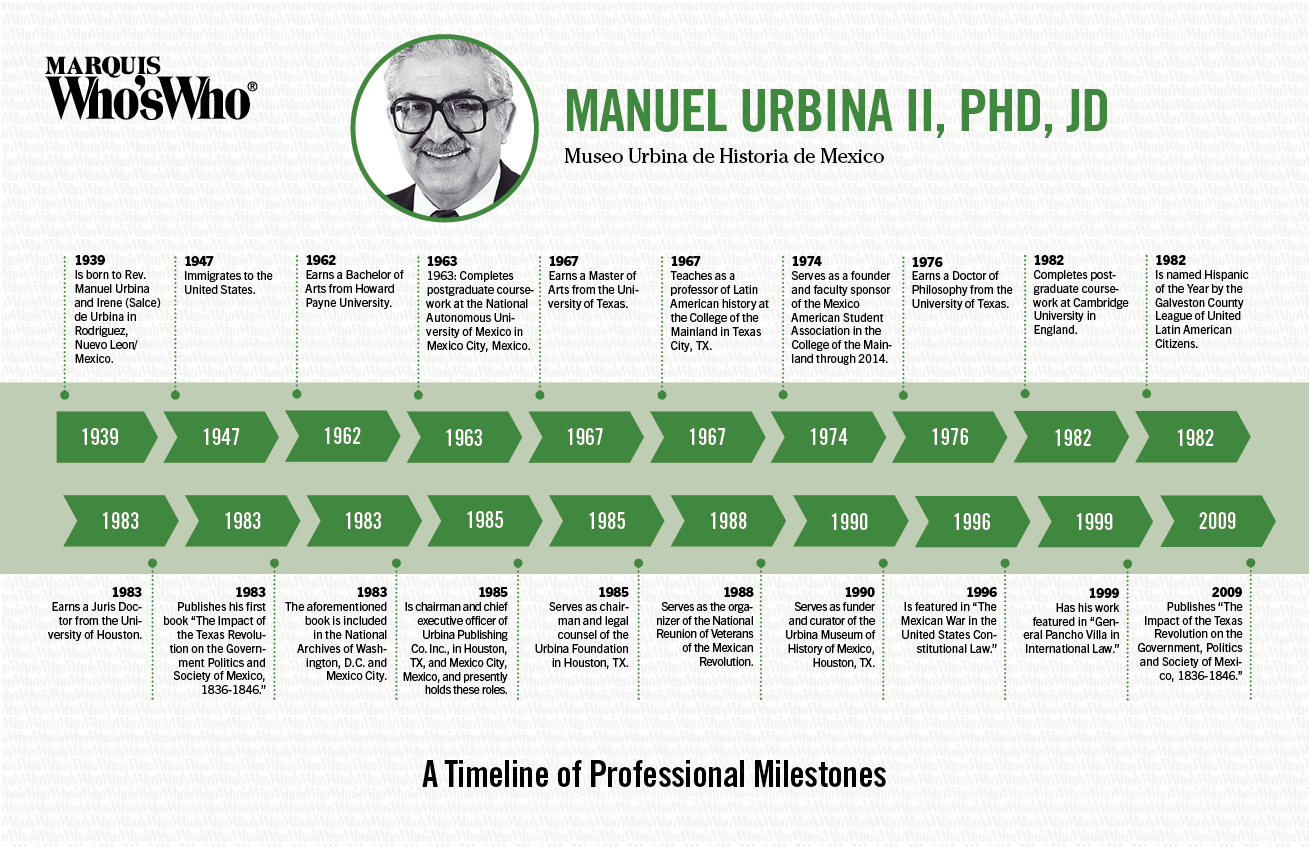 Earns a Bachelor of Arts from Howard Payne University.

Earns a Master of Arts from the University of Texas.

Teaches as a professor of Latin American history at the College of the Mainland in Texas City, TX.

Serves as a founder and faculty sponsor of the Mexico American Student Association in the College of the Mainland through 2014.

Earns a Doctor of Philosophy from the University of Texas.

Is named Hispanic of the Year by the Galveston County League of United Latin American Citizens.

Earns a Juris Doctor from the University of Houston.

Publishes his first book “The Impact of the Texas Revolution on the Government Politics and Society of Mexico, 1836-1846.”

The aforementioned book is included in the National Archives of Washington, D.C. and Mexico City.

Is chairman and chief executive officer of Urbina Publishing Co. Inc., in Houston, TX, and Mexico City, Mexico, and presently holds these roles.

Serves as chairman and legal counsel of the Urbina Foundation in Houston, TX.

Serves as the organizer of the National Reunion of Veterans of the Mexican Revolution.

Serves as funder and curator of the Urbina Museum of History of Mexico, Houston, TX.

Is featured in “The Mexican War in the United States Constitutional Law.”

Has his work featured in “General Pancho Villa in International Law.”

Publishes “The Impact of the Texas Revolution on the Government, Politics and Society of Mexico, 1836-1846.”