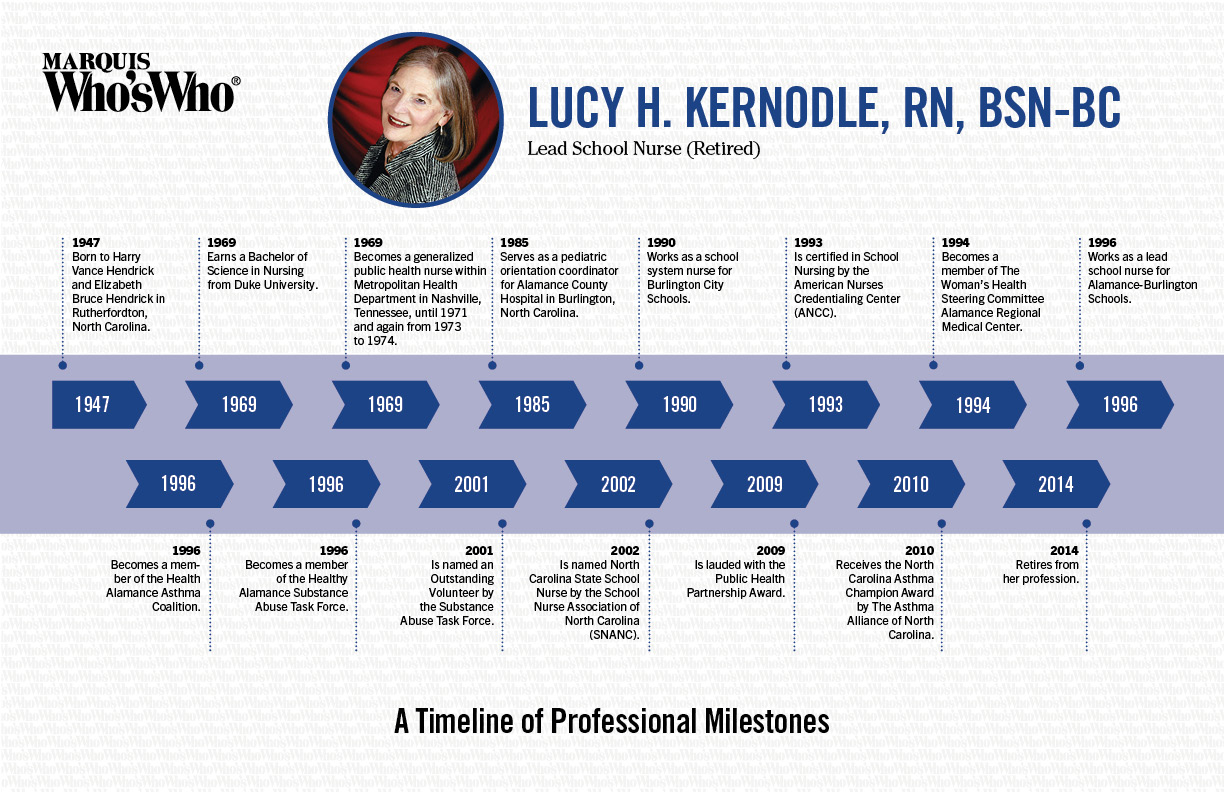 Earns a Bachelor of Science in Nursing from Duke University.

Becomes a generalized public health nurse within Metropolitan Health Department in Nashville, Tennessee, until 1971 and again from 1973 to 1974.

Works as a school system nurse for Burlington City Schools.

Is certified in School Nursing by the American Nurses Credentialing Center (ANCC).

Works as a lead school nurse for Alamance-Burlington Schools.

Becomes a member of the Health Alamance Asthma Coalition.

Is named an Outstanding Volunteer by the Substance Abuse Task Force.

Is lauded with the Public Health Partnership Award.