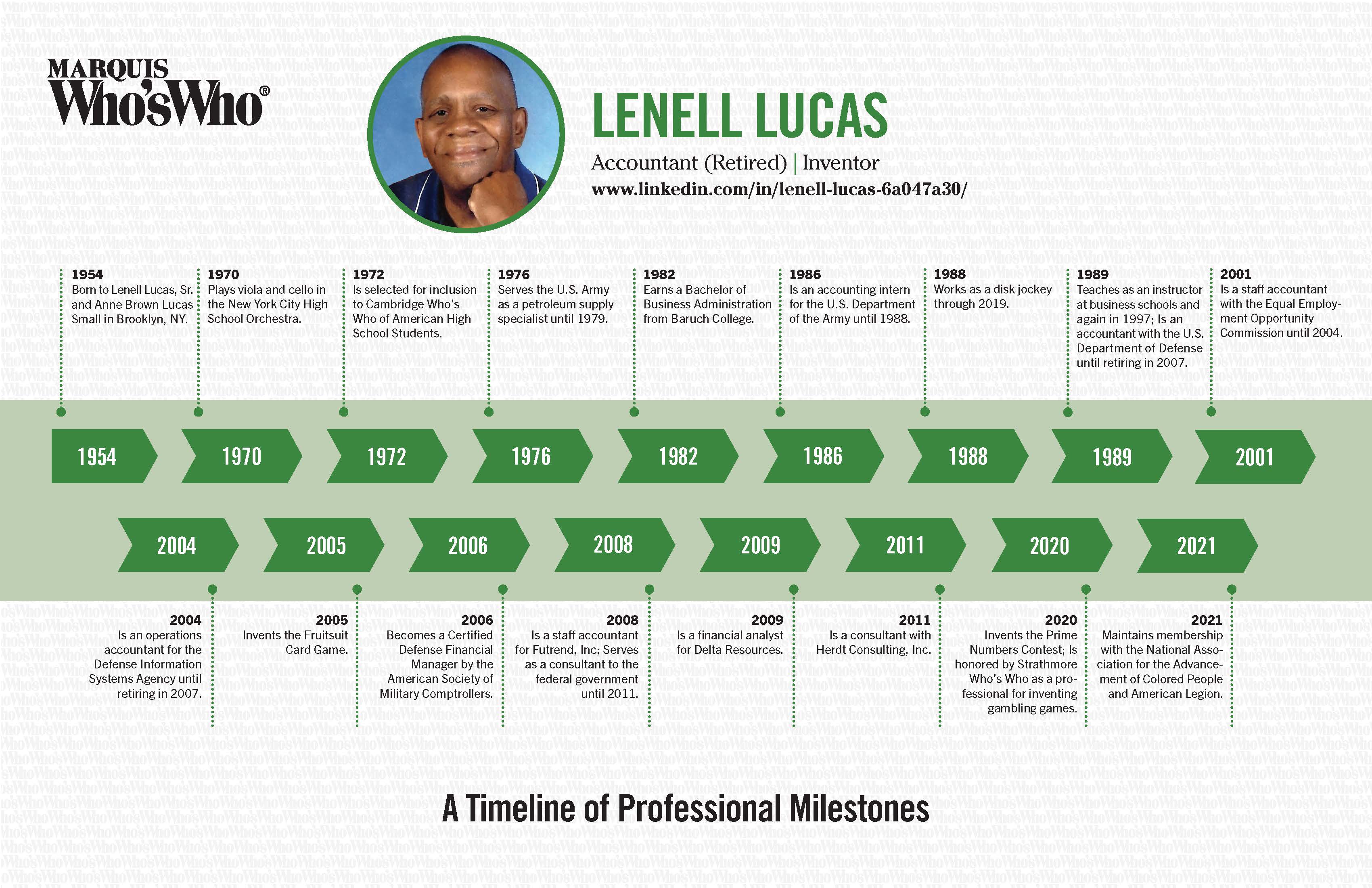 Is selected for inclusion to Cambridge Who’s Who of American High School Students.

Serves the U.S. Army as a petroleum supply specialist until 1979.

Earns a Bachelor of Business Administration from Baruch College.

Is an accounting intern for the U.S. Department of the Army until 1988.

Teaches as an instructor at business schools and again in 1997; Is an accountant with the U.S. Department of Defense until retiring in 2007.

Is a staff accountant with the Equal Employment Opportunity Commission until 2004.

Is an operations accountant for the Defense Information Systems Agency until retiring in 2007.

Becomes a Certified Defense Financial Manager by the American Society of Military Comptrollers.

Is a staff accountant for Futrend, Inc; Serves as a consultant to the federal government until 2011.

Is a financial analyst for Delta Resources.

Is a consultant with Herdt Consulting, Inc.

Invents the Prime Numbers Contest; Is honored by Strathmore Who’s Who as a professional for inventing gambling games.

Maintains membership with the National Association for the Advancement of Colored People and American Legion.