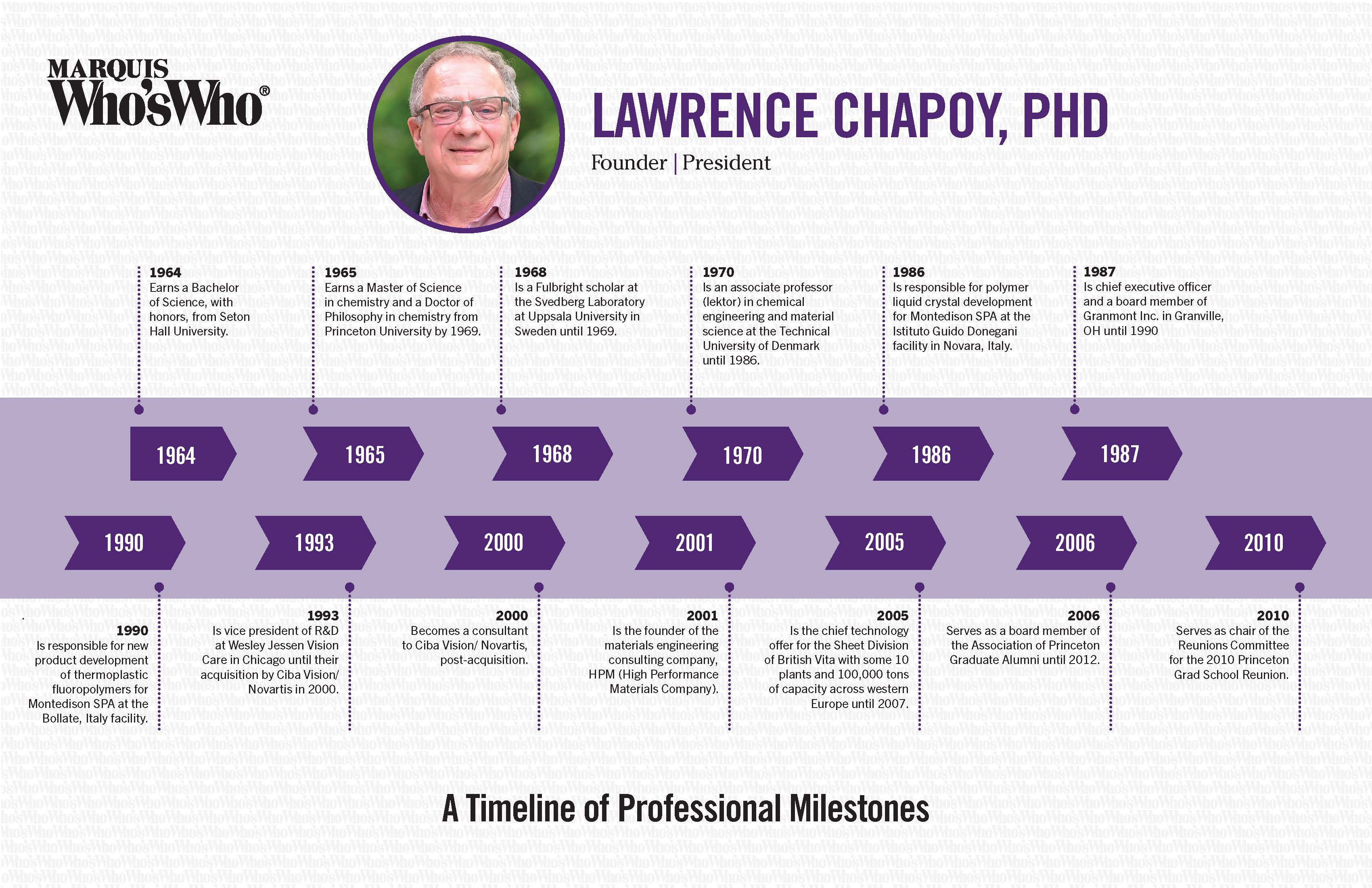 Earns a Bachelor of Science, with honors, from Seton Hall University.

Earns a Master of Science in chemistry and a Doctor of Philosophy in chemistry from Princeton University by 1969.

Is a Fulbright scholar at the Svedberg Laboratory at Uppsala University in Sweden until 1969.

Is an associate professor (lektor) in chemical engineering and material science at the Technical University of Denmark until 1986.

Is responsible for polymer liquid crystal development for Montedison SPA at the Istituto Guido Donegani facility in Novara, Italy.

Is chief executive officer and a board member of Granmont Inc. in Granville, OH until 1990.

Is responsible for new product development of thermoplastic fluoropolymers for Montedison SPA at the Bollate, Italy facility.

Is vice president of R&D at Wesley Jessen Vision Care in Chicago until their acquisition by Ciba Vision/Novartis in 2000.

Is the chief technology offer for the Sheet Division of British Vita with some 10 plants and 100,000 tons of capacity across western Europe until 2007.

Serves as a board member of the Association of Princeton Graduate Alumni until 2012.

Serves as chair of the Reunions Committee for the 2010 Princeton Grad School Reunion.