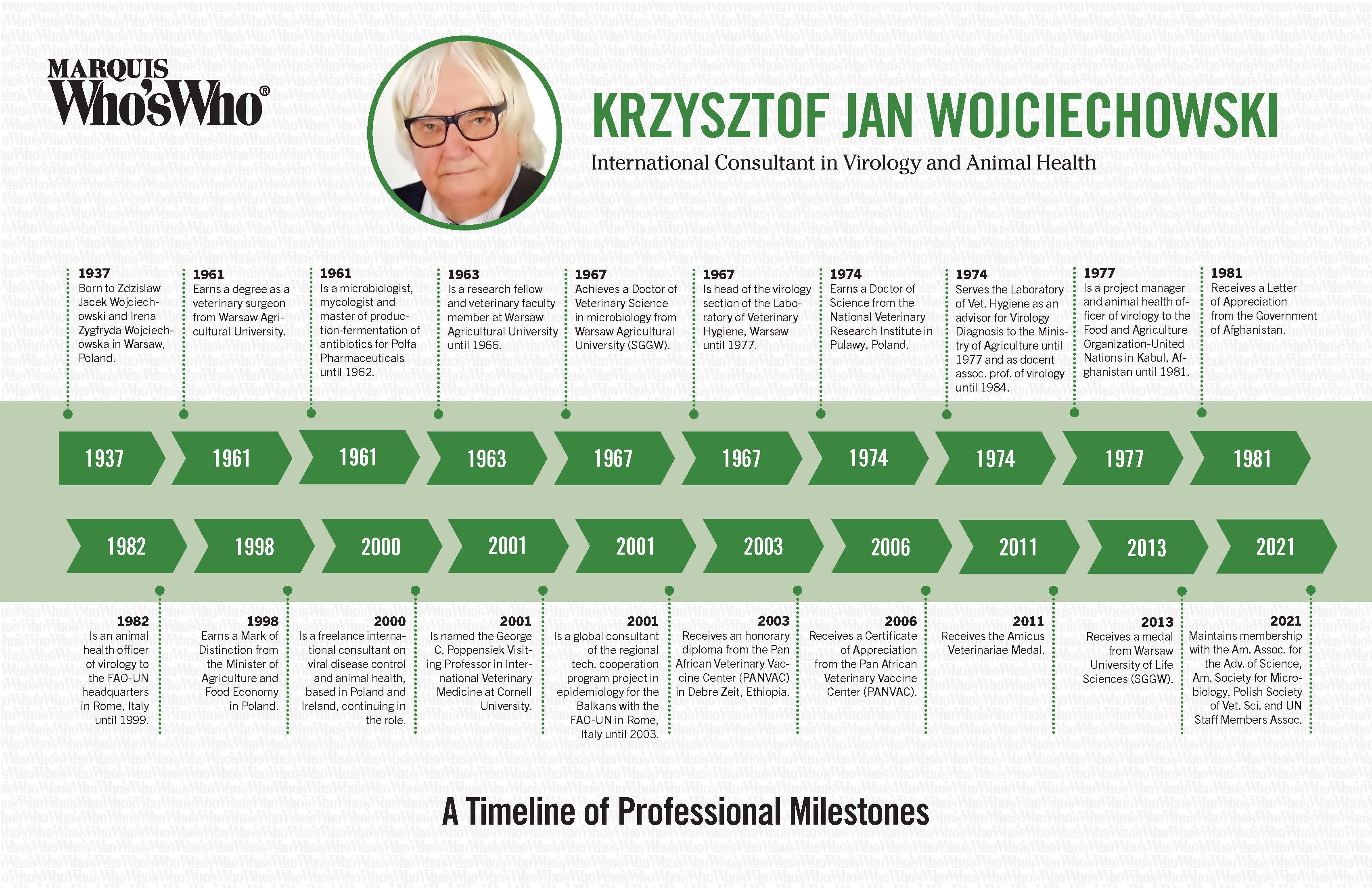 Earns a degree as a veterinary surgeon from Warsaw Agricultural University.

Is a microbiologist, mycologist and master of production-fermentation of antibiotics for Polfa Pharmaceuticals until 1962.

Is a research fellow and veterinary faculty member at Warsaw Agricultural University until 1966.

Achieves a Doctor of Veterinary Science in microbiology from Warsaw Agricultural University (SGGW).

Is head of the virology section of the Laboratory of Veterinary Hygiene, Warsaw until 1977.

Earns a Doctor of Science from the National Veterinary Research Institute in Pulawy, Poland.

Serves the Laboratory of Vet. Hygiene as an advisor for Virology Diagnosis to the Ministry of Agriculture until 1977 and as docent assoc. prof. of virology until 1984.

Is a project manager and animal health officer of virology to the Food and Agriculture Organization-United Nations in Kabul, Afghanistan until 1981.

Receives a Letter of Appreciation from the Government of Afghanistan.

Is an animal health officer of virology to the FAO-UN headquarters in Rome, Italy until 1999.

Earns a Mark of Distinction from the Minister of Agriculture and Food Economy in Poland.

Is a freelance international consultant on viral disease control and animal health, based in Poland and Ireland, continuing in the role.

Is a global consultant of the regional tech. cooperation program project in epidemiology for the Balkans with the FAO-UN in Rome, Italy until 2003.

Receives a Certificate of Appreciation from the Pan African Veterinary Vaccine Center (PANVAC).

Receives a medal from Warsaw University of Life Sciences (SGGW).

Maintains membership with the Am. Assoc. for the Adv. of Science, Am. Society for Microbiology, Polish Society of Vet. Sci. and UN Staff Members Assoc.