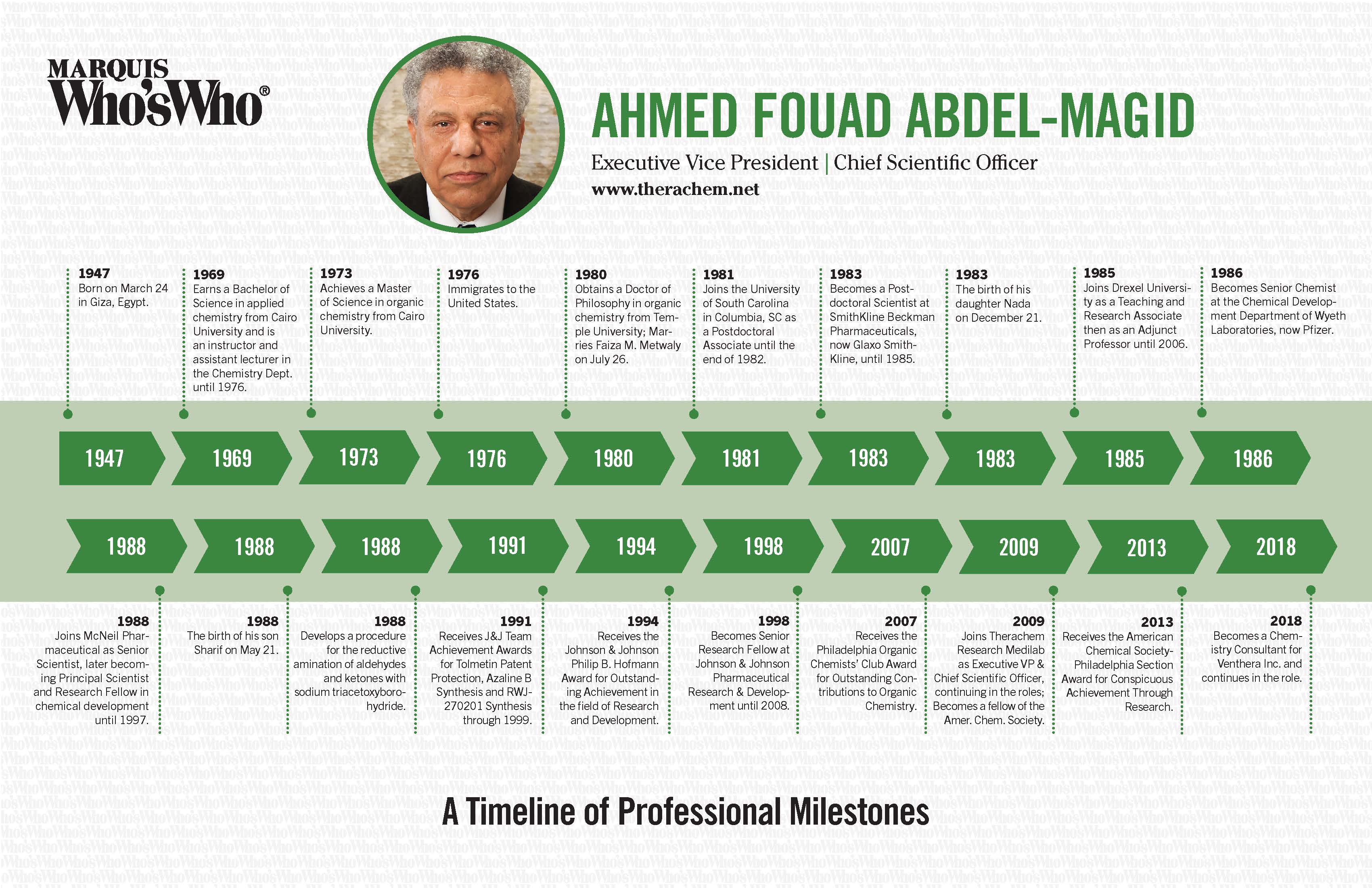 Earns a Bachelor of Science in applied chemistry from Cairo University and is an instructor and assistant lecturer in the Chemistry Dept. until 1976.

Achieves a Master of Science in organic chemistry from Cairo University.

Joins the University of South Carolina in Columbia, SC as a Postdoctoral Associate until the end of 1982.

The birth of his daughter Nada on December 21.

Joins Drexel University as a Teaching and Research Associate then as an Adjunct Professor until 2006.

The birth of his son Sharif on May 21.

Develops a procedure for the reductive amination of aldehydes and ketones with sodium triacetoxyborohydride.

Receives the Johnson & Johnson Philip B. Hofmann Award for Outstanding Achievement in the field of Research and Development.

Becomes a Chemistry Consultant for Venthera Inc. and continues in the role.