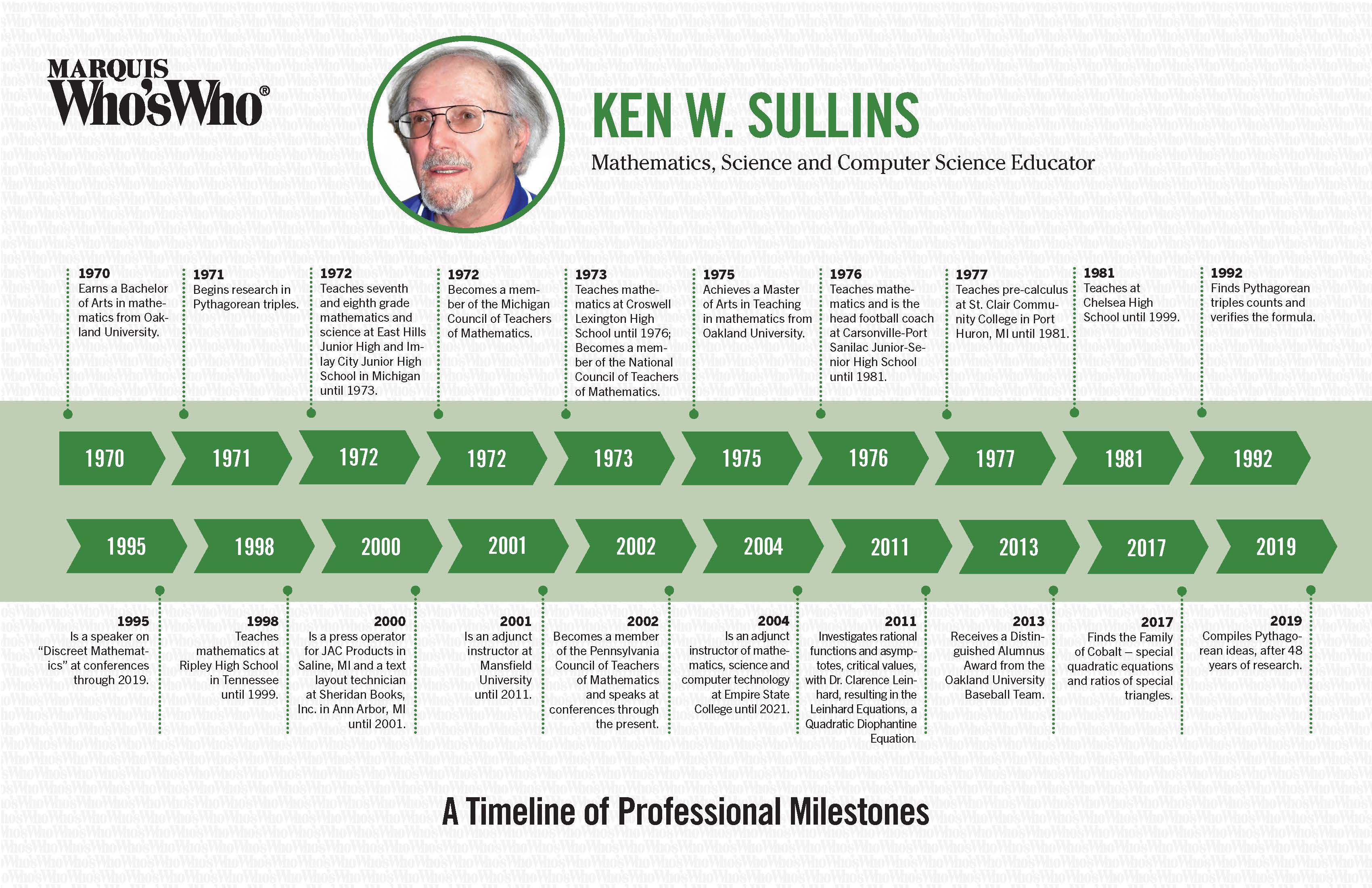 Earns a Bachelor of Arts in mathematics from Oakland University.

Becomes a member of the Michigan Council of Teachers of Mathematics.

Teaches mathematics at Croswell Lexington High School until 1976; Becomes a member of the National Council of Teachers of Mathematics.

Achieves a Master of Arts in Teaching in mathematics from Oakland University.

Teaches mathematics and is the head football coach at Carsonville-Port Sanilac Junior-Senior High School until 1981.

Teaches at Chelsea High School until 1999.

Is a speaker on “Discreet Mathematics” at conferences through 2019.

Teaches mathematics at Ripley High School in Tennessee until 1999.

Is a press operator for JAC Products in Saline, MI and a text layout technician at Sheridan Books, Inc. in Ann Arbor, MI until 2001.

Is an adjunct instructor at Mansfield University until 2011.

Becomes a member of the Pennsylvania Council of Teachers of Mathematics and speaks at conferences through the present.

Is an adjunct instructor of mathematics, science and computer technology at Empire State College until 2021.

Finds the Family of Cobalt – special quadratic equations and ratios of special triangles.