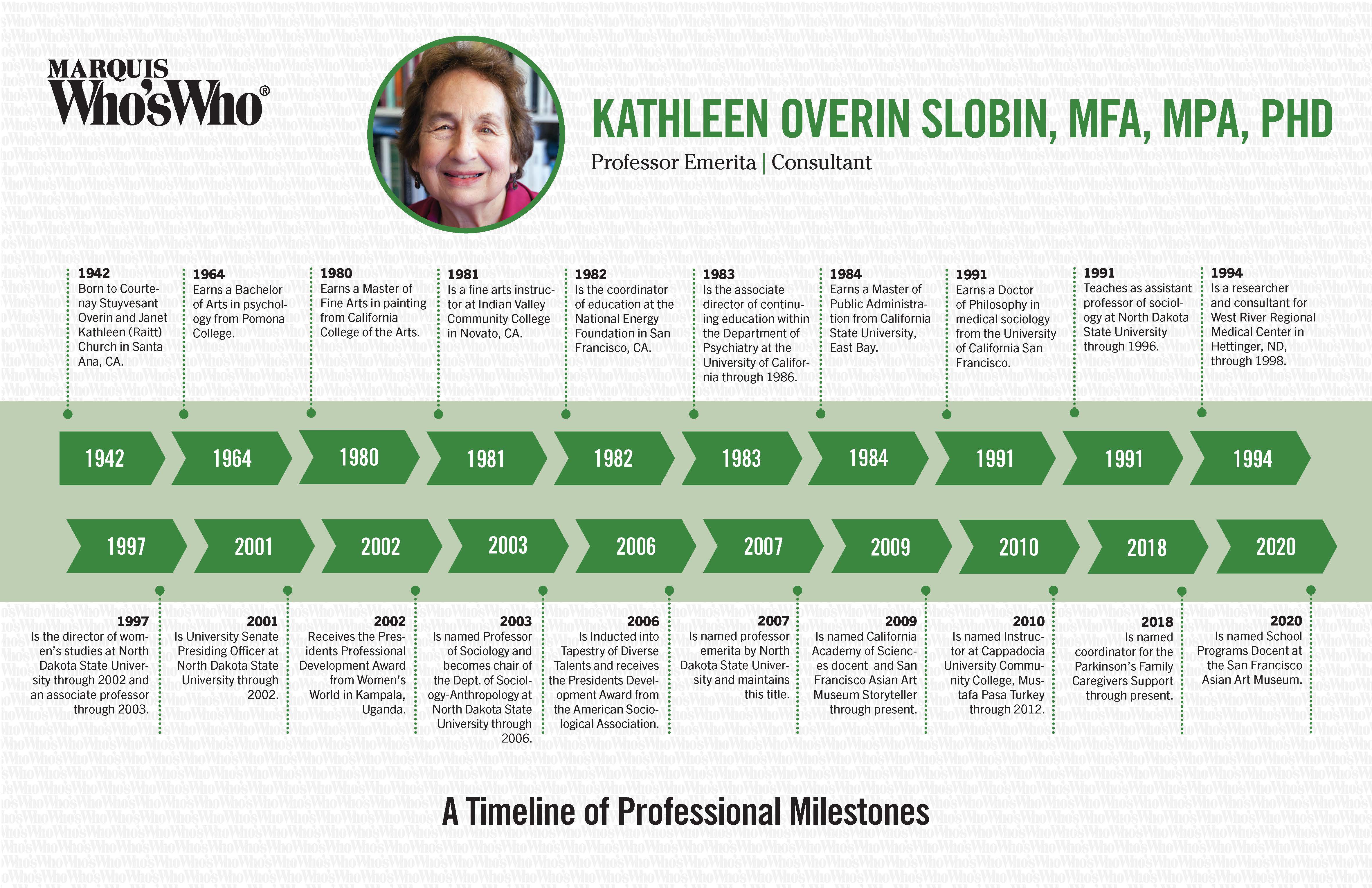 Earns a Bachelor of Arts in psychology from Pomona College.

Earns a Master of Fine Arts in painting from California College of the Arts.

Is a fine arts instructor at Indian Valley Community College in Novato, CA.

Is the coordinator of education at the National Energy Foundation in San Francisco, CA.

Is the associate director of continuing education within the Department of Psychiatry at the University of California through 1986.

Earns a Doctor of Philosophy in medical sociology from the University of California San Francisco.

Teaches as assistant professor of sociology at North Dakota State University through 1996.

Is a researcher and consultant for West River Regional Medical Center in Hettinger, ND, through 1998.

Is the director of women’s studies at North Dakota State University through 2002 and an associate professor through 2003.

Is named Professor of Sociology and becomes chair of the Dept. of Sociology-Anthropology at North Dakota State University through 2006.

Is Inducted into Tapestry of Diverse Talents and receives the Presidents Development Award from the American Sociological Association.

Is named professor emerita by North Dakota State University and maintains this title.

Is named coordinator for the Parkinson’s Family Caregivers Support through present.