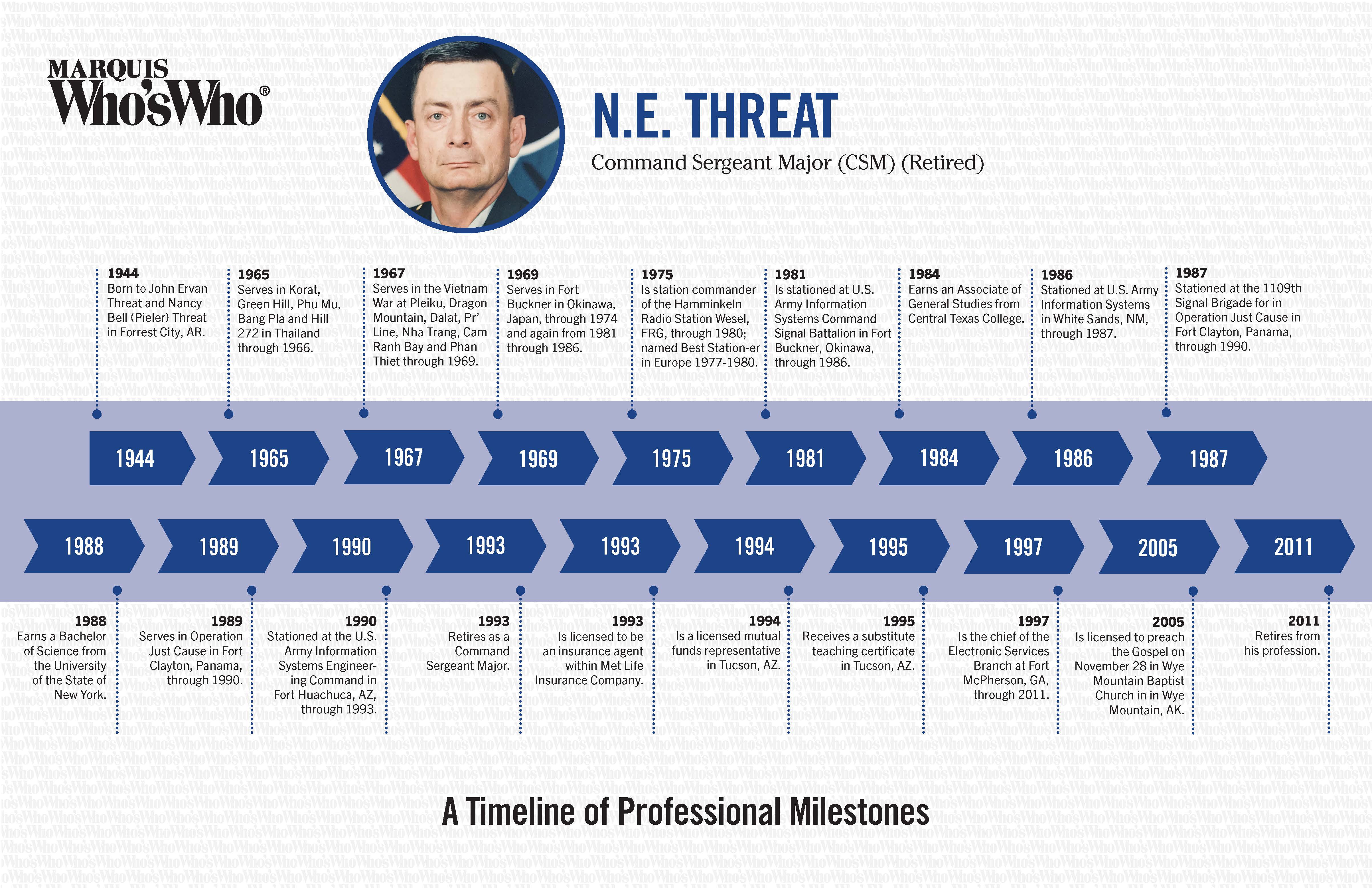 Is station commander of the Hamminkeln Radio Station Wesel, FRG, through 1980; named Best Station-er in Europe 1977-1980,

Earns an Associate of General Studies from Central Texas College.

Stationed at the 1109th Signal Brigade for in Operation Just Cause in Fort Clayton, Panama, through 1990.

Earns a Bachelor of Science from the University of the State of New York.

Serves in Operation Just Cause in Fort Clayton, Panama, through 1990.

Retires as a Command Sergeant Major.

Is licensed to be an insurance agent within Met Life Insurance Company.

Is a licensed mutual funds representative in Tucson, AZ.

Is the chief of the Electronic Services Branch at Fort McPherson, GA, through 2011.