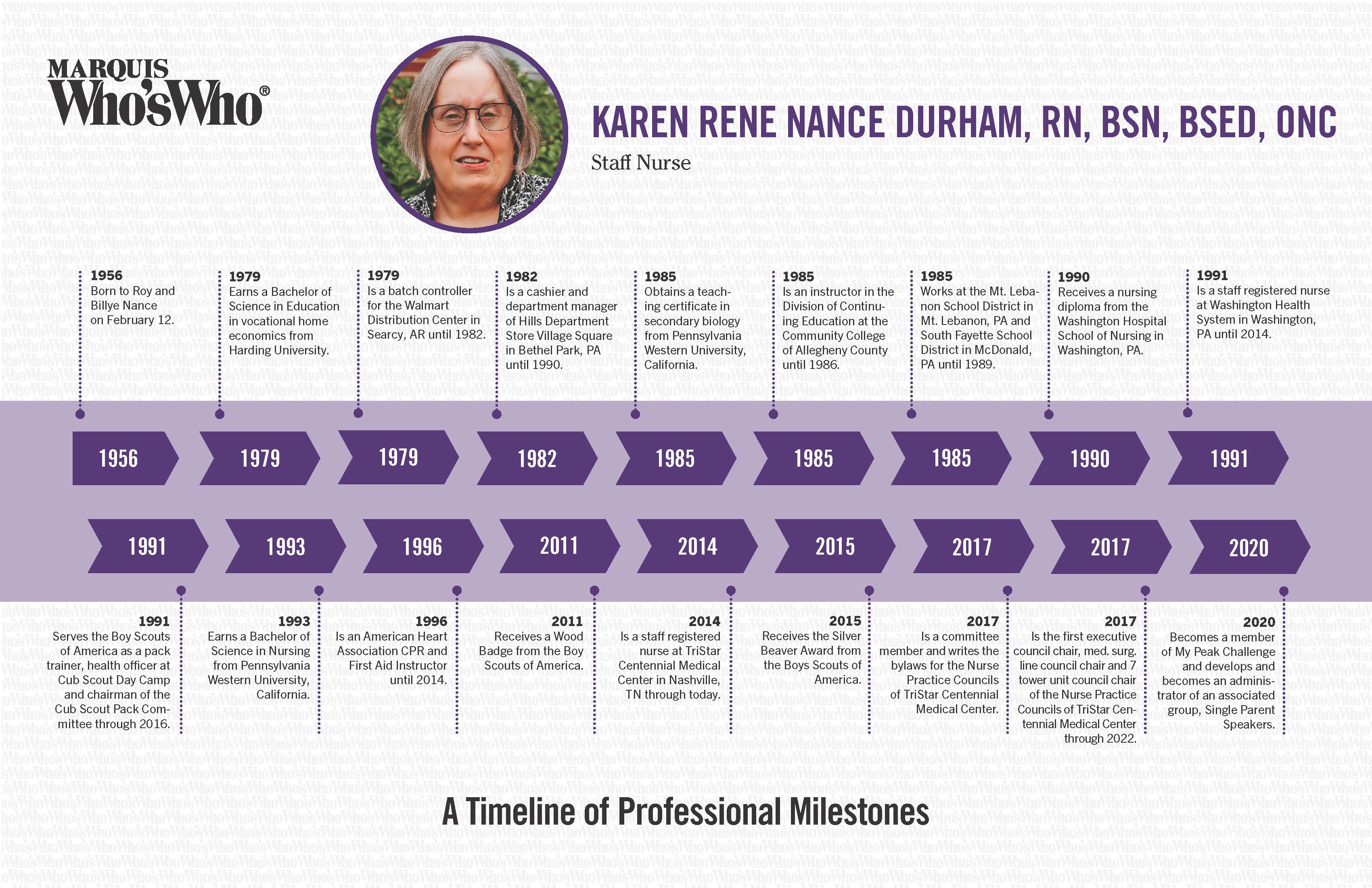 Born to Roy and Billye Nance on February 12.

Earns a Bachelor of Science in Education in vocational home economics from Harding University.

Is a batch controller for the Walmart Distribution Center in Searcy, AR until 1982.

Is a cashier and department manager of Hills Department Store Village Square in Bethel Park, PA until 1990.

Is an instructor in the Division of Continuing Education at the Community College of Allegheny County until 1986.

Receives a nursing diploma from the Washington Hospital School of Nursing in Washington, PA.

Is a staff registered nurse at Washington Health System in Washington, PA until 2014.

Serves the Boy Scouts of America as a pack trainer, health officer at Cub Scout Day Camp and chairman of the Cub Scout Pack Committee through 2016.

Earns a Bachelor of Science in Nursing from Pennsylvania Western University, California.

Is an American Heart Association CPR and First Aid Instructor until 2014.

Receives a Wood Badge from the Boy Scouts of America.

Is a staff registered nurse at TriStar Centennial Medical Center in Nashville, TN through today.

Receives the Silver Beaver Award from the Boys Scouts of America.

Is a committee member and writes the bylaws for the Nurse Practice Councils of TriStar Centennial Medical Center.

Becomes a member of My Peak Challenge and develops and becomes an administrator of an associated group, Single Parent Speakers.