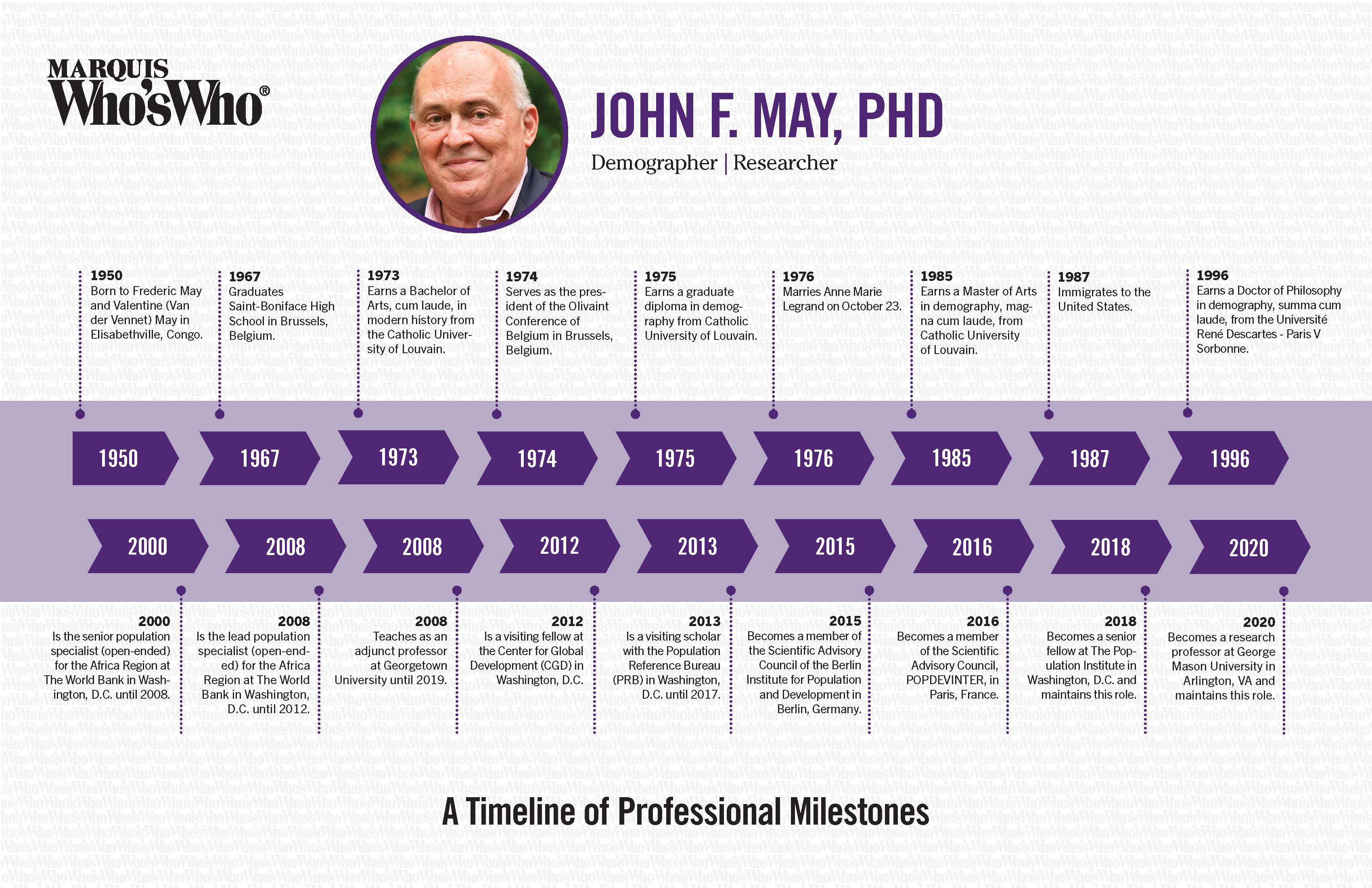 Born to Frederic May and Valentine (Van der Vennet) May in Elisabethville, Congo.

Serves as the president of the Olivaint Conference of Belgium in Brussels, Belgium.

Earns a graduate diploma in demography from Catholic University of Louvain.

Is the senior population specialist (open-ended) for the Africa Region at The World Bank in Washington, D.C. until 2008.

Is the lead population specialist (open-ended) for the Africa Region at The World Bank in Washington, D.C. until 2012.

Teaches as an adjunct professor at Georgetown University until 2019.

Is a visiting fellow at the Center for Global Development (CGD) in Washington, D.C.

Is a visiting scholar with the Population Reference Bureau (PRB) in Washington, D.C. until 2017.

Becomes a member of the Scientific Advisory Council of the Berlin Institute for Population and Development in Berlin, Germany.

Becomes a member of the Scientific Advisory Council, POPDEVINTER, in Paris, France.

Becomes a senior fellow at The Population Institute in Washington, D.C. and maintains this role.

Becomes a research professor at George Mason University in Arlington, VA and maintains this role.