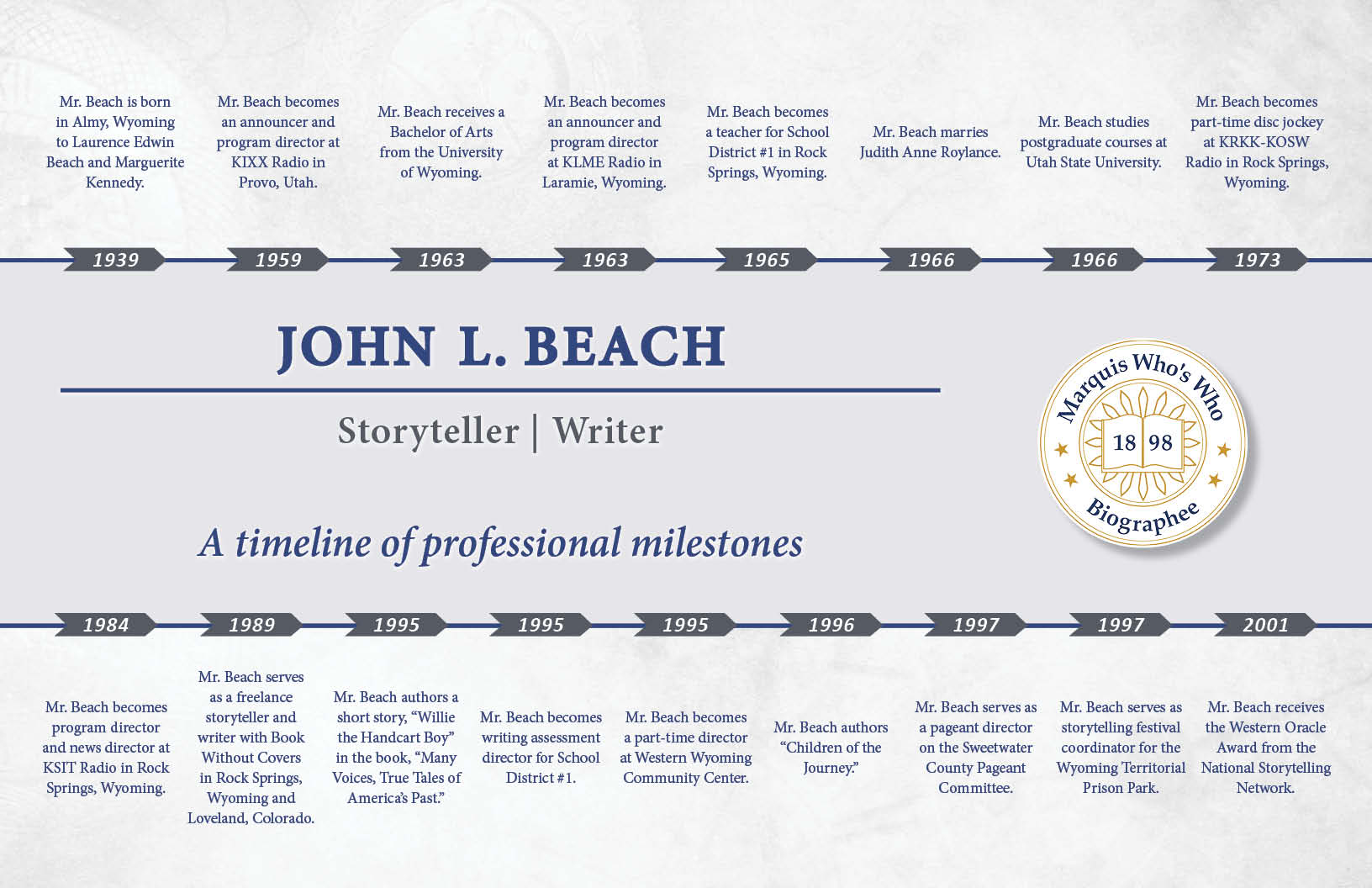 Mr. Beach receives a Bachelor of Arts from the University of Wyoming.

Mr. Beach serves as a freelance storyteller and writer with Book Without Covers in Rock Springs, Wyoming and Loveland, Colorado.

Mr. Beach authors a short story, “Willie the Handcart Boy” in the book, “Many Voices, True Tales of America’s Past.”

Mr. Beach serves as a pageant director on the Sweetwater County Pageant Committee.