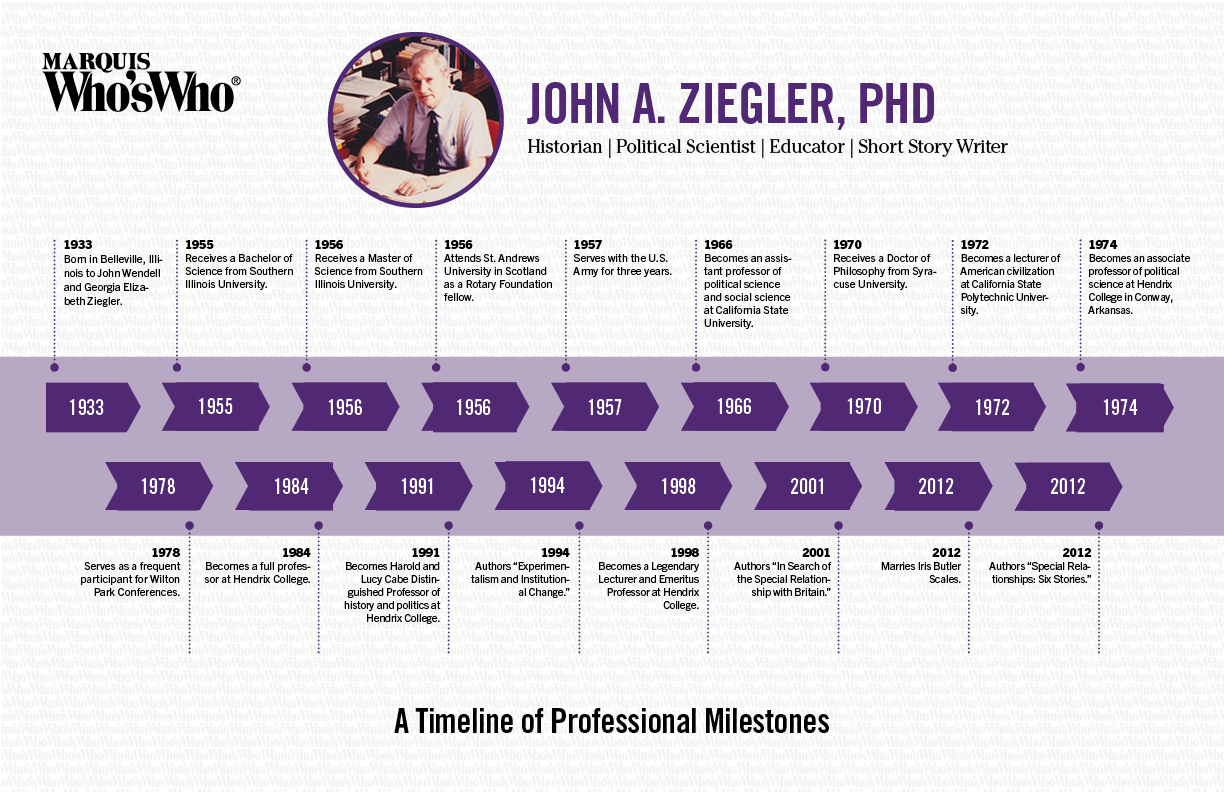 Receives a Bachelor of Science from Southern Illinois University.

Receives a Master of Science from Southern Illinois University.

Serves with the U.S. Army for three years.

Receives a Doctor of Philosophy from Syracuse University.

Becomes an associate professor of political science at Hendrix College in Conway, Arkansas.

Serves as a frequent participant for Wilton Park Conferences.

Becomes a Legendary Lecturer and Emeritus Professor at Hendrix College.

Authors “In Search of the Special Relationship with Britain.”