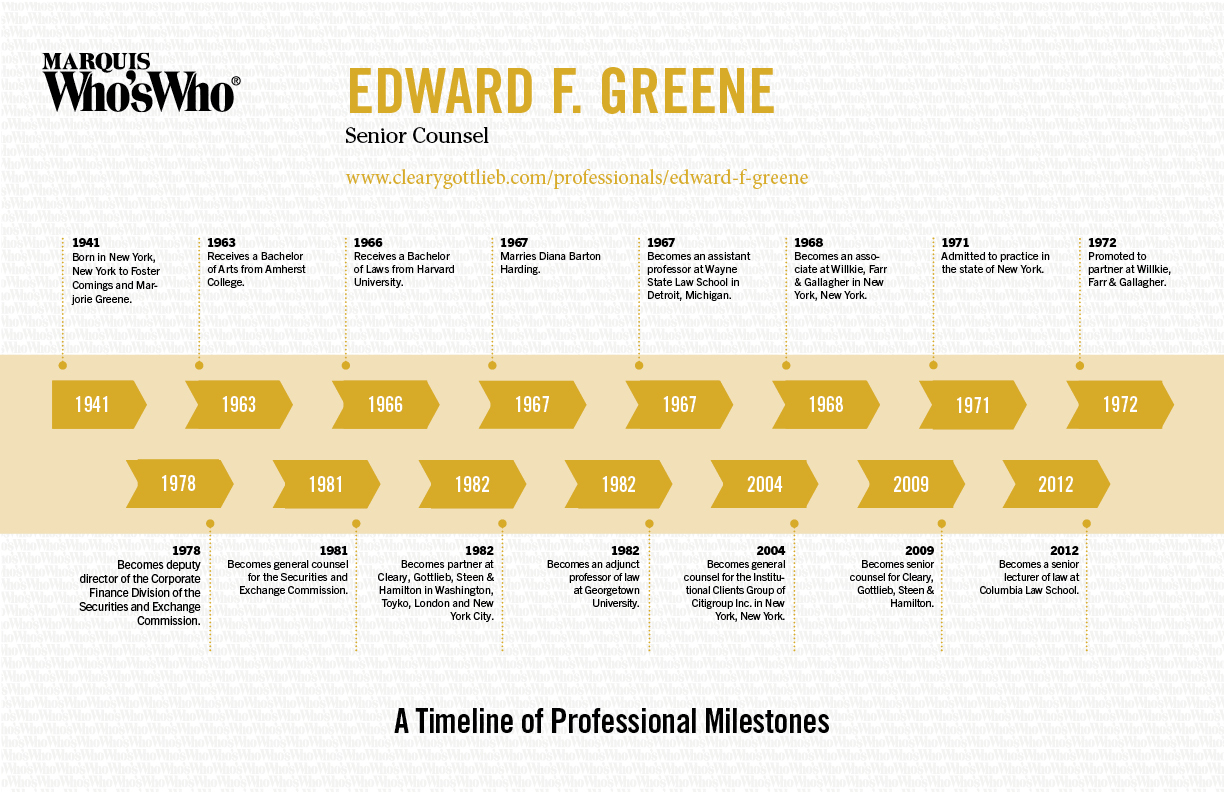 Receives a Bachelor of Arts from Amherst College.

Receives a Bachelor of Laws from Harvard University.

Admitted to practice in the state of New York.

Becomes deputy director of the Corporate Finance Division of the Securities and Exchange Commission.

Becomes general counsel for the Securities and Exchange Commission.

Becomes an adjunct professor of law at Georgetown University.

Becomes a senior lecturer of law at Columbia Law School.