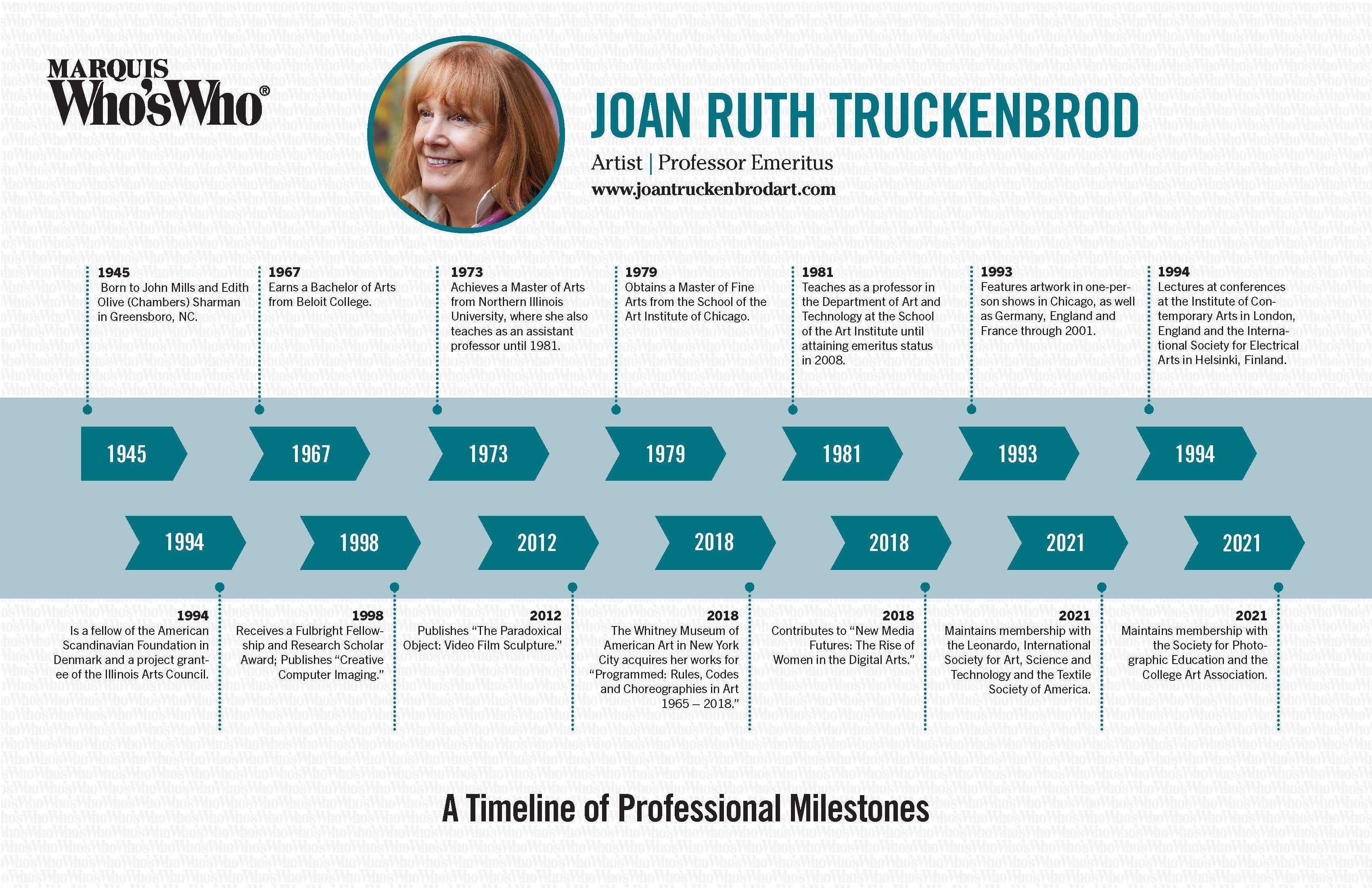 Earns a Bachelor of Arts from Beloit College.

Achieves a Master of Arts from Northern Illinois University, where she also teaches as an assistant professor until 1981.

Obtains a Master of Fine Arts from the School of the Art Institute of Chicago.

Teaches as a professor in the Department of Art and Technology at the School of the Art Institute until attaining emeritus status in 2008.

Features artwork in one-person shows in Chicago, as well as Germany, England and France through 2001.

Lectures at conferences at the Institute of Contemporary Arts in London, England and the International Society for Electrical Arts in Helsinki, Finland.

Is a fellow of the American Scandinavian Foundation in Denmark and a project grantee of the Illinois Arts Council.

The Whitney Museum of American Art in New York City acquires her works for “Programmed: Rules, Codes and Choreographies in Art 1965 – 2018.”

Contributes to “New Media Futures: The Rise of Women in the Digital Arts.”

Maintains membership with the Leonardo, International Society for Art, Science and Technology and the Textile Society of America.

Maintains membership with the Society for Photographic Education and the College Art Association.