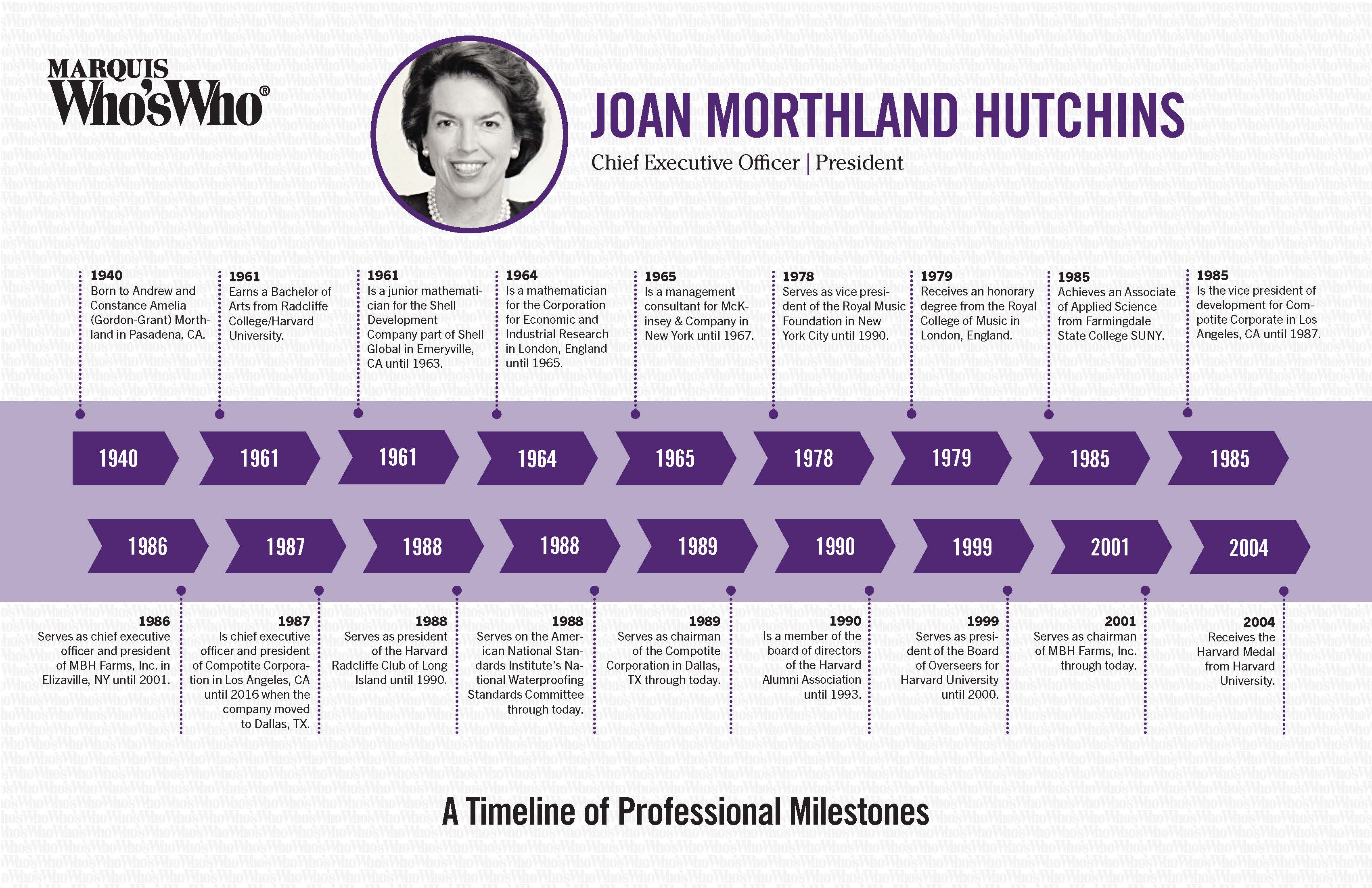 Earns a Bachelor of Arts from Radcliffe College/Harvard University.

Is a junior mathematician for the Shell Development Company part of Shell Global in Emeryville, CA until 1963.

Is a mathematician for the Corporation for Economic and Industrial Research in London, England until 1965.

Is a management consultant for McKinsey & Company in New York until 1967.

Serves as vice president of the Royal Music Foundation in New York City until 1990.

Receives an honorary degree from the Royal College of Music in London, England.

Is the vice president of development for Compotite Corporate in Los Angeles, CA until 1987.

Serves as chief executive officer and president of MBH Farms, Inc. in Elizaville, NY until 2001.

Is chief executive officer and president of Compotite Corporation in Los Angeles, CA until 2016 when the company moved to Dallas, TX.

Serves as president of the Harvard Radcliffe Club of Long Island until 1990.

Serves as chairman of the Compotite Corporation in Dallas, TX through today.

Is a member of the board of directors of the Harvard Alumni Association until 1993.

Serves as president of the Board of Overseers for Harvard University until 2000.

Serves as chairman of MBH Farms, Inc. through today.