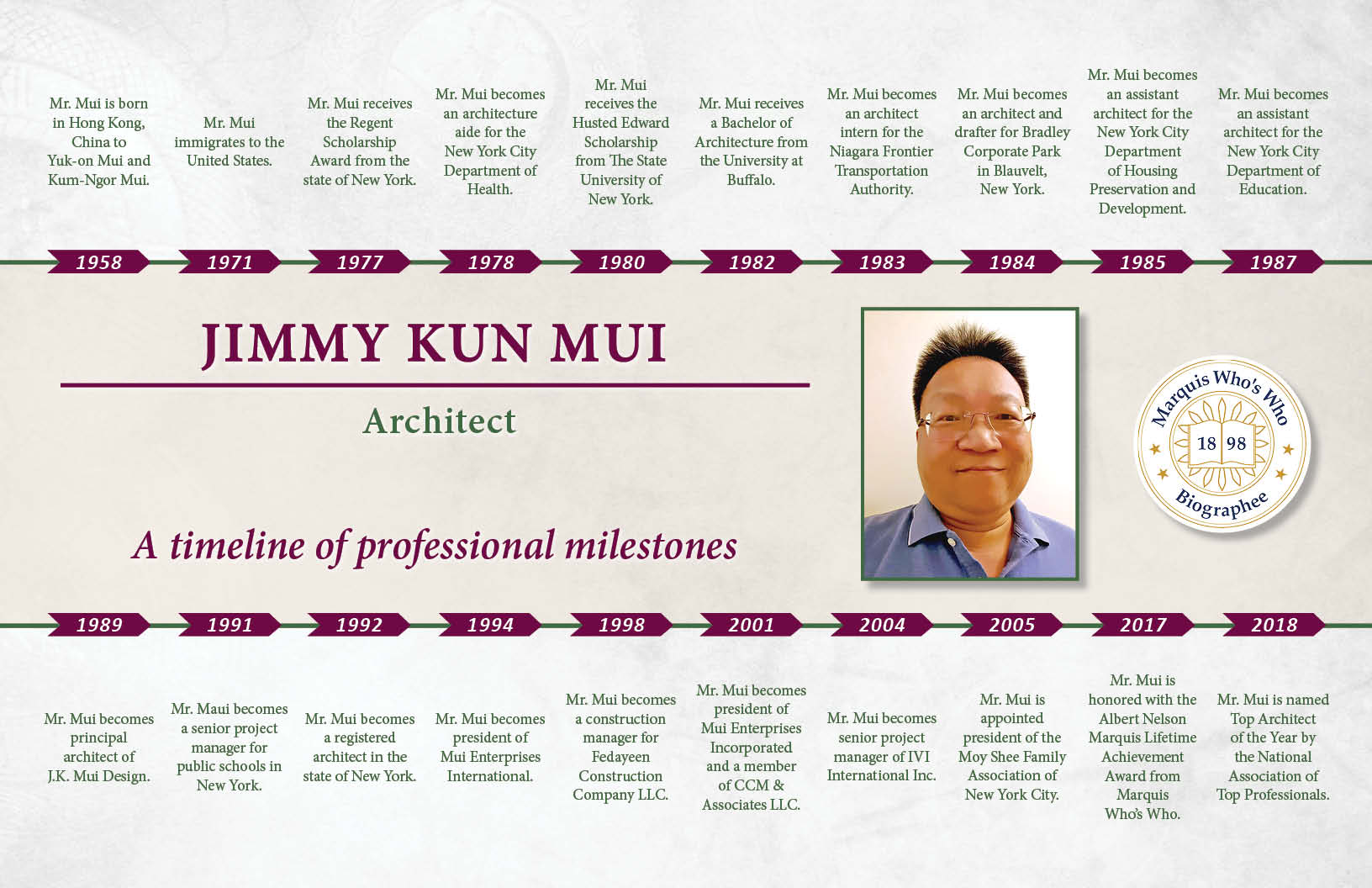 Mr. Mui receives the Regent Scholarship Award from the state of New York.

Mr. Mui receives a Bachelor of Architecture from the University at Buffalo.

Mr. Mui becomes a registered architect in the state of New York.

Mr. Mui is honored with the Albert Nelson Marquis Lifetime Achievement Award from Marquis Who’s Who.

Mr. Mui is named Top Architect of the Year by the National Association of Top Professionals.