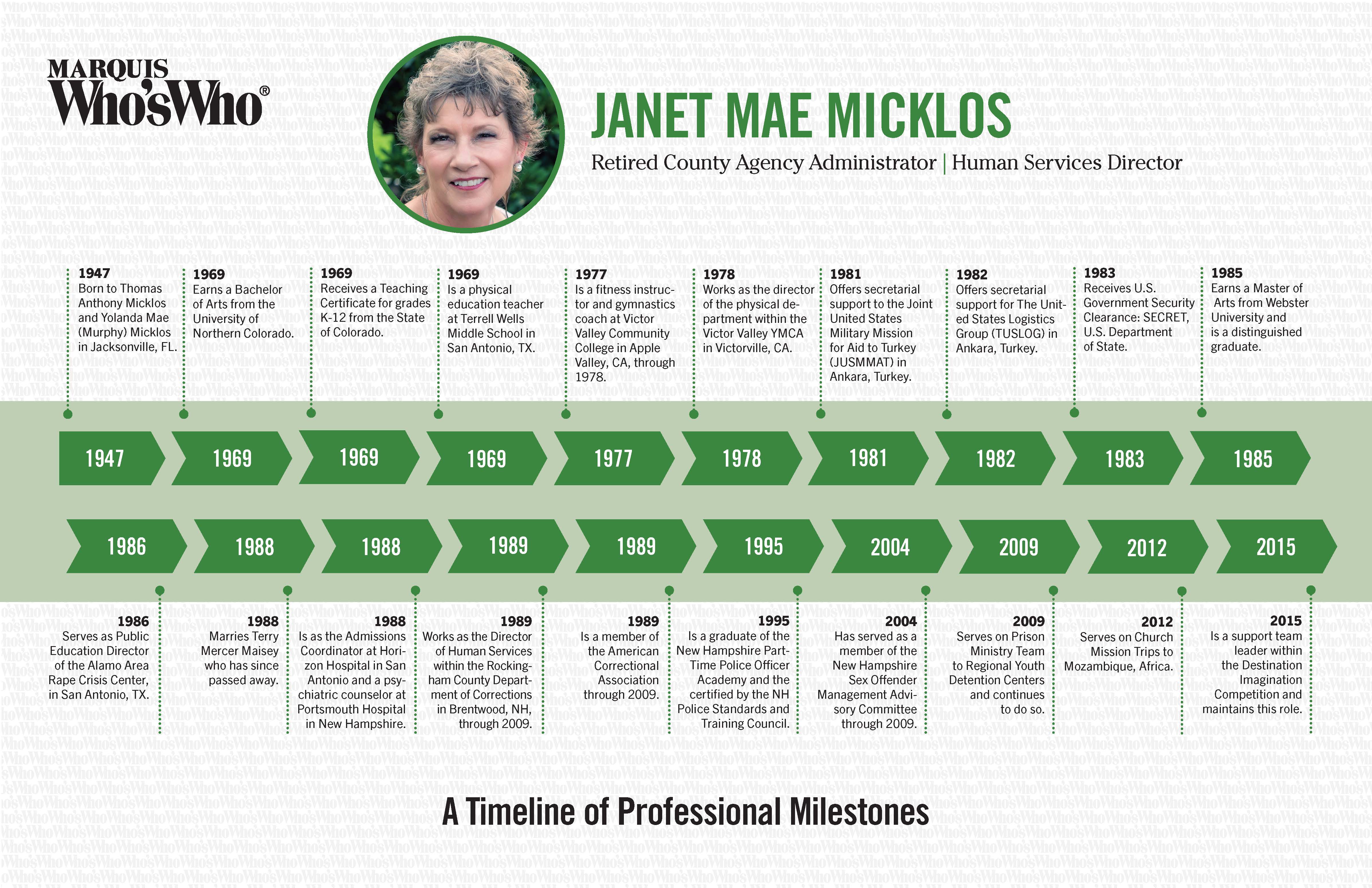 A  Timeline of Professional Milestones

Earns a Bachelor of Arts from the University of Northern Colorado.

Receives a Teaching Certificate for grades K-12 from the State of Colorado.

Is a fitness instructor and gymnastics coach at Victor Valley Community College in Apple Valley, CA, through 1978.

Works as the director of the physical department within the Victor Valley YMCA in Victorville, CA.

Earns a Master of Arts from Webster University and is a distinguished graduate.

Marries Terry Mercer Maisey who has since passed away.

Is as the Admissions Coordinator at Horizon Hospital in San Antonio and a psychiatric counselor at Portsmouth Hospital in New Hampshire.

Works as the Director of Human Services within the Rockingham County Department of Corrections in Brentwood, NH, through 2009.

Is a member of the American Correctional Association through 2009.

Is a graduate of the New Hampshire Part-Time Police Officer Academy and the certified by the NH Police Standards and Training Council.

Has served as a member of the New Hampshire Sex Offender Management Advisory Committee through 2009.

Serves on Prison Ministry Team to Regional Youth Detention Centers and continues to do so.

Is a support team leader within the Destination Imagination Competition and maintains this role.