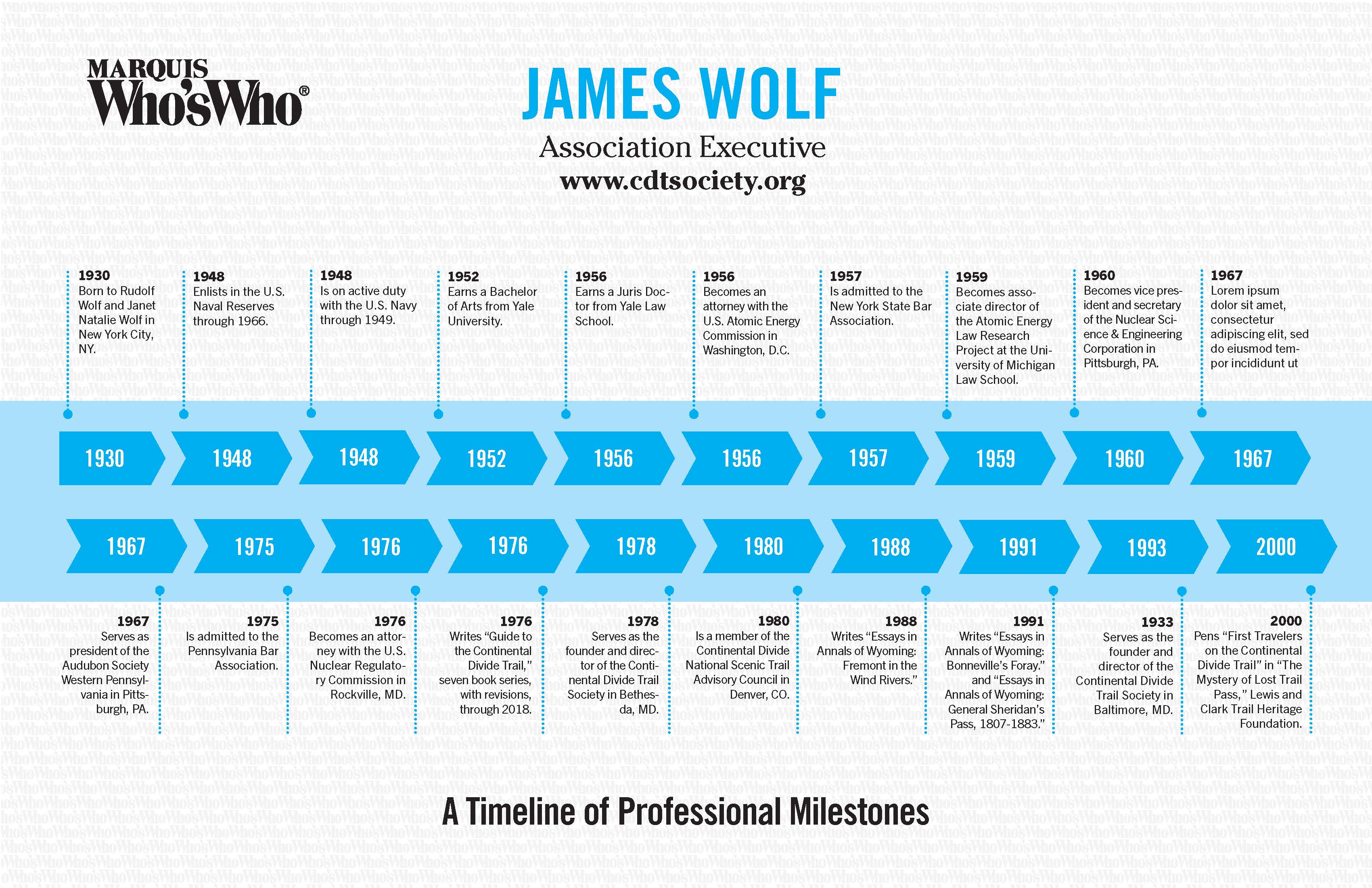 Enlists in the U.S. Naval Reserves through 1966.

Earns a Bachelor of Arts from Yale University.

Becomes an attorney with the U.S. Atomic Energy Commission in Washington, D.C.

Is admitted to the New York State Bar Association.

Becomes assistant secretary and university counsel at the University of Pittsburgh.

Serves as president of the Audubon Society Western Pennsylvania in Pittsburgh, PA.

Is admitted to the Pennsylvania Bar Association.

Becomes an attorney with the U.S. Nuclear Regulatory Commission in Rockville, MD.

Writes “Guide to the Continental Divide Trail,” seven book series, with revisions, through 2018.

Serves as the founder and director of the Continental Divide Trail Society in Bethesda, MD.

Is a member of the Continental Divide National Scenic Trail Advisory Council in Denver, CO.

Writes “Essays in Annals of Wyoming: Fremont in the Wind Rivers.”

Serves as the founder and director of the Continental Divide Trail Society in Baltimore, MD.