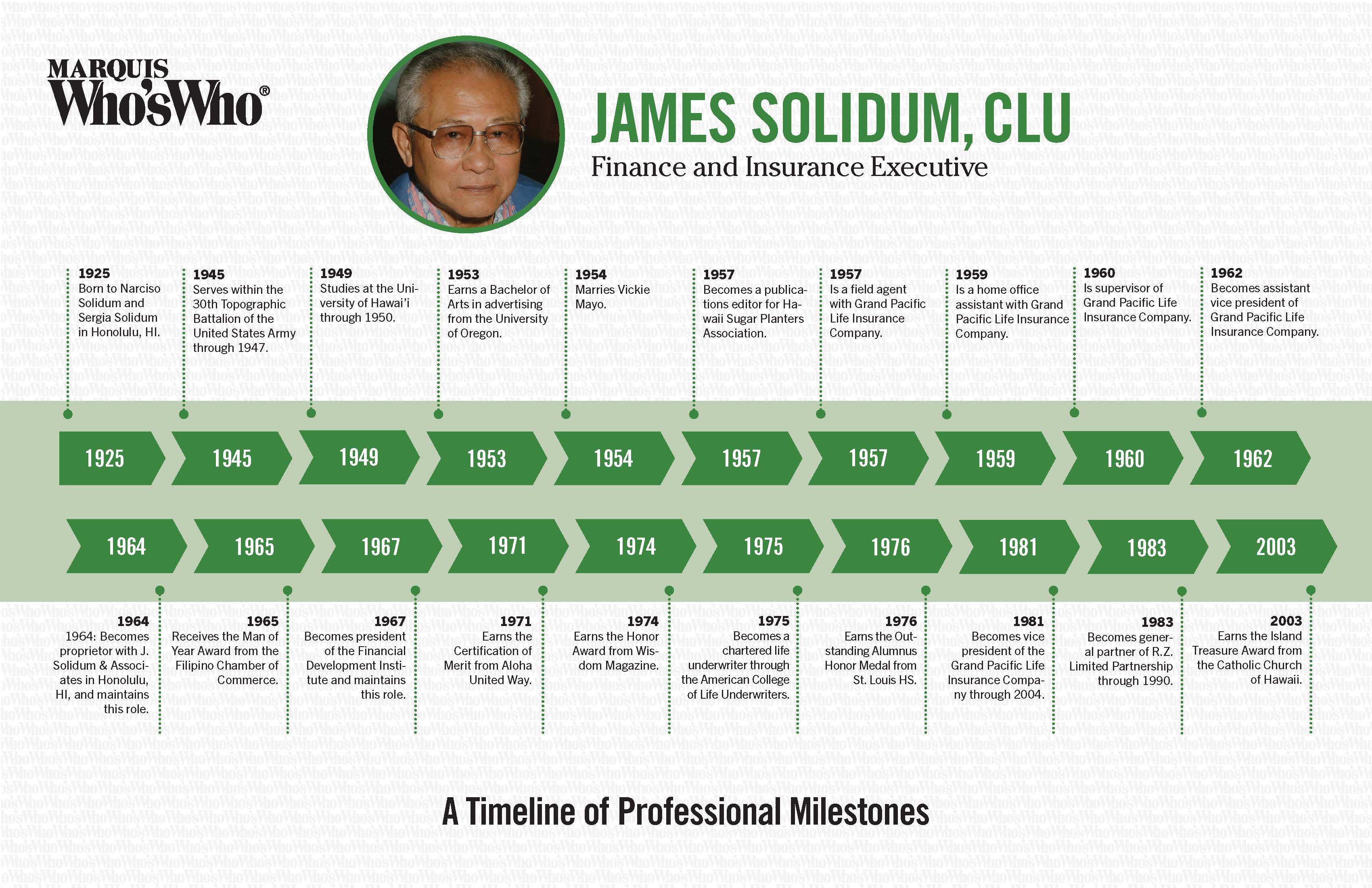 Born to Narciso Solidum and Sergia Solidum in Honolulu, HI.

Serves within the 30th Topographic Battalion of the United States Army through 1947.

Studies at the University of Hawai’i through 1950.

Earns a Bachelor of Arts in advertising from the University of Oregon.

Is a field agent with Grand Pacific Life Insurance Company.

Becomes proprietor with J. Solidum & Associates in Honolulu, HI, and maintains this role.

Receives the Man of Year Award from the Filipino Chamber of Commerce.

Becomes president of the Financial Development Institute and maintains this role.

Earns the Certification of Merit from Aloha United Way,

Becomes a chartered life underwriter through the American College of Life Underwriters.

Earns the Island Treasure Award from the Catholic Church of Hawaii.