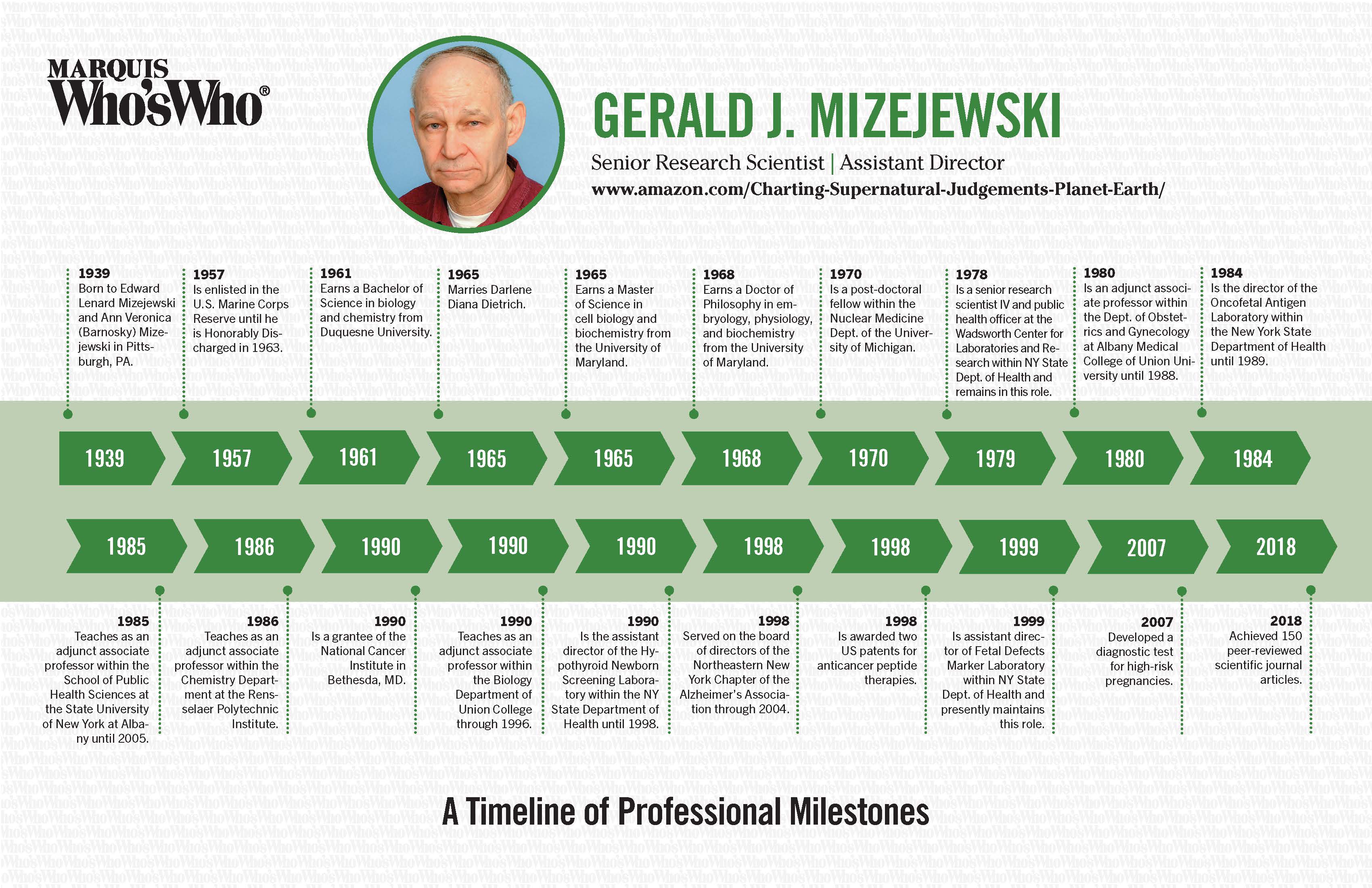 Is enlisted in the U.S. Marine Corps Reserve until he is Honorably Discharged in 1963.

Earns a Bachelor of Science in biology and chemistry from Duquesne University.

Earns a Master of Science in cell biology and biochemistry from the University of Maryland.

Earns a Doctor of Philosophy in embryology, physiology, and biochemistry from the University of Maryland.

Is a post-doctoral fellow within the Nuclear Medicine Dept. of the University of Michigan.

Is a senior research scientist IV and public health officer at the Wadsworth Center for Laboratories and Research within NY State Dept. of Health and remains in this role.

Is an adjunct associate professor within the Dept. of Obstetrics and Gynecology at Albany Medical College of Union University until 1988.

Is the director of the Oncofetal Antigen Laboratory within the New York State Department of Health until 1989.

Teaches as an adjunct associate professor within the School of Public Health Sciences at the State University of New York at Albany until 2005.

Teaches as an adjunct associate professor within the Chemistry Department at the Rensselaer Polytechnic Institute.

Is a grantee of the National Cancer Institute in Bethesda, MD.

Teaches as an adjunct associate professor within the Biology Department of Union College through 1996.

Is the assistant director of the Hypothyroid Newborn Screening Laboratory within the NY State Department of Health until 1998.

Served on the board of directors of the Northeastern New York Chapter of the Alzheimer’s Association through 2004.

Is awarded two US patents for anticancer peptide therapies.

Is assistant director of Fetal Defects Marker Laboratory within NY State Dept. of Health and presently maintains this role.