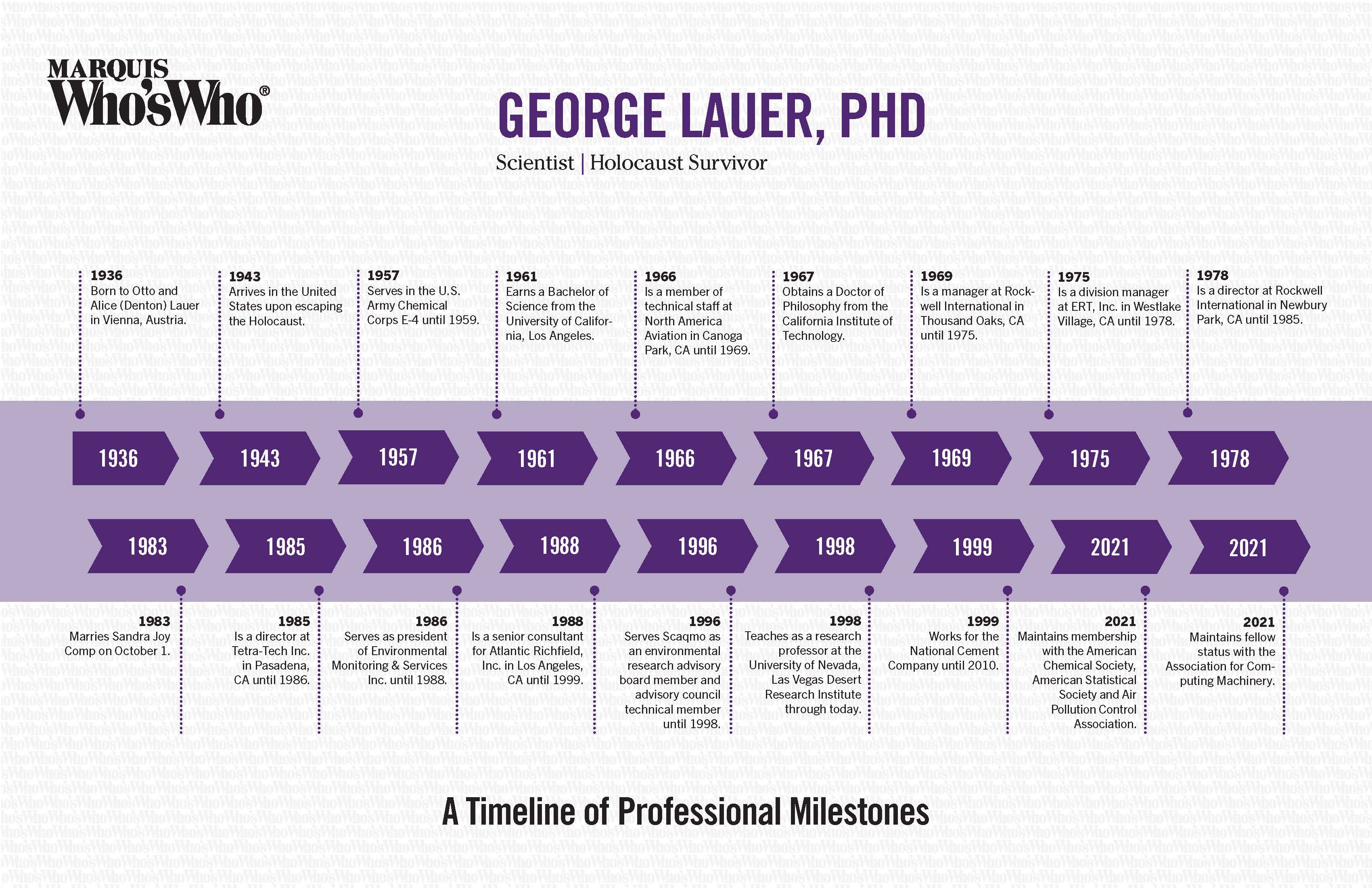 Born to Otto and Alice (Denton) Lauer in Vienna, Austria.

Arrives in the United States upon escaping the Holocaust.

Earns a Bachelor of Science from the University of California, Los Angeles.

Is a member of technical staff at North America Aviation in Canoga Park, CA until 1969.

Obtains a Doctor of Philosophy from the California Institute of Technology.

Is a manager at Rockwell International in Thousand Oaks, CA until 1975.

Is a division manager at ERT, Inc. in Westlake Village, CA until 1978.

Is a director at Rockwell International in Newbury Park, CA until 1985.

Is a director at Tetra-Tech Inc. in Pasadena, CA until 1986.

Serves as president of Environmental Monitoring & Services Inc. until 1988.

Is a senior consultant for Atlantic Richfield, Inc. in Los Angeles, CA until 1999.

Serves Scaqmo as an environmental research advisory board member and advisory council technical member until 1998.

Teaches as a research professor at the University of Nevada, Las Vegas Desert Research Institute through today.

Works for the National Cement Company until 2010.

Maintains fellow status with the Association for Computing Machinery.