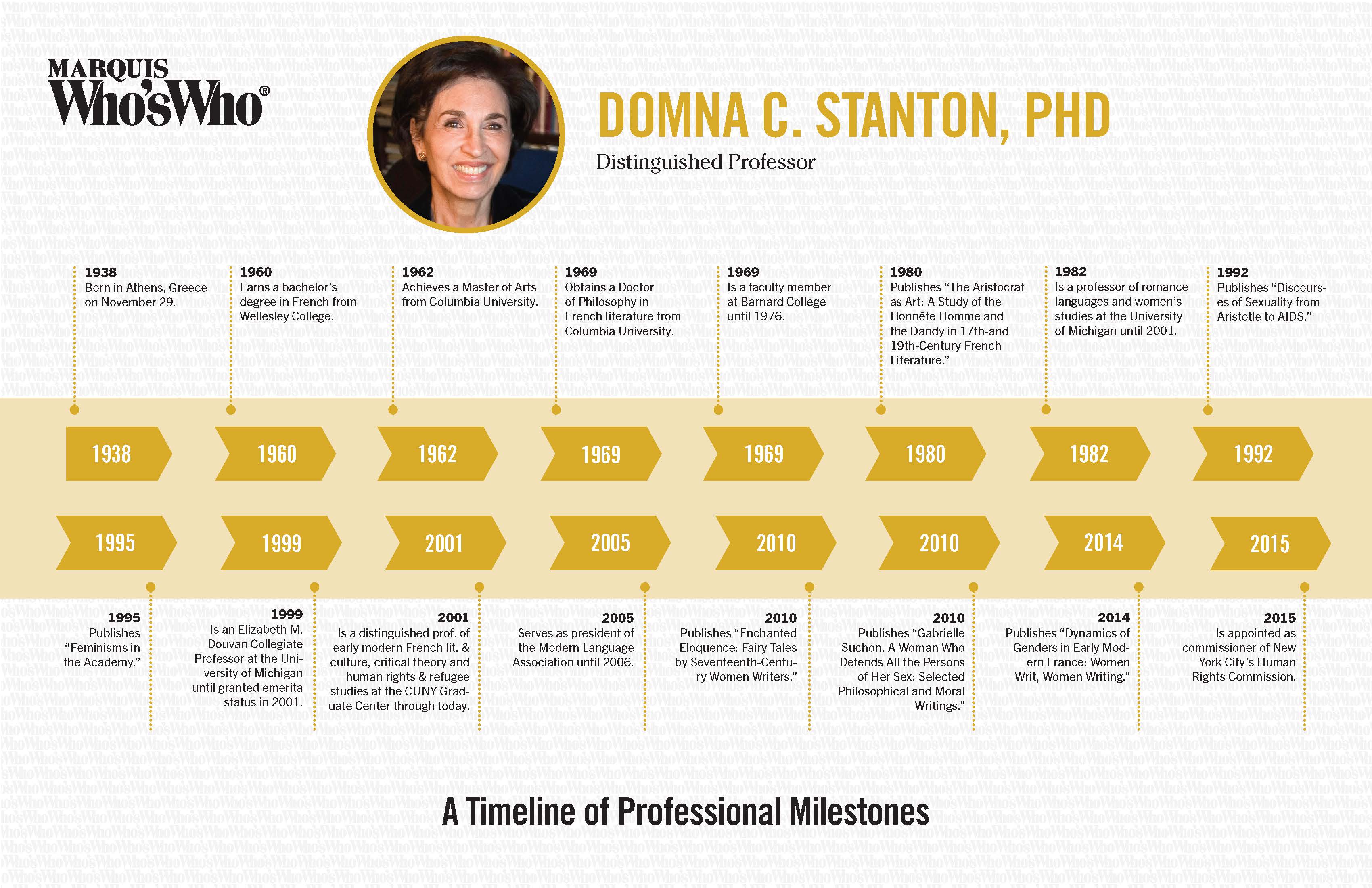 Born in Athens, Greece on November 29.

Earns a bachelor’s degree in French from Wellesley College.

Achieves a Master of Arts from Columbia University.

Obtains a Doctor of Philosophy in French literature from Columbia University.

Is a faculty member at Barnard College until 1976.

Publishes “The Aristocrat as Art: A Study of the Honnête Homme and the Dandy in 17th-and 19th-Century French Literature.”

Is a professor of romance languages and women’s studies at the University of Michigan until 2001.

Publishes “Discourses of Sexuality from Aristotle to AIDS.”

Publishes “Feminisms in the Academy.”

Is an Elizabeth M. Douvan Collegiate Professor at the University of Michigan until granted emerita status in 2001.

Serves as president of the Modern Language Association until 2006.

Publishes “Gabrielle Suchon, A Woman Who Defends All the Persons of Her Sex: Selected Philosophical and Moral Writings.”