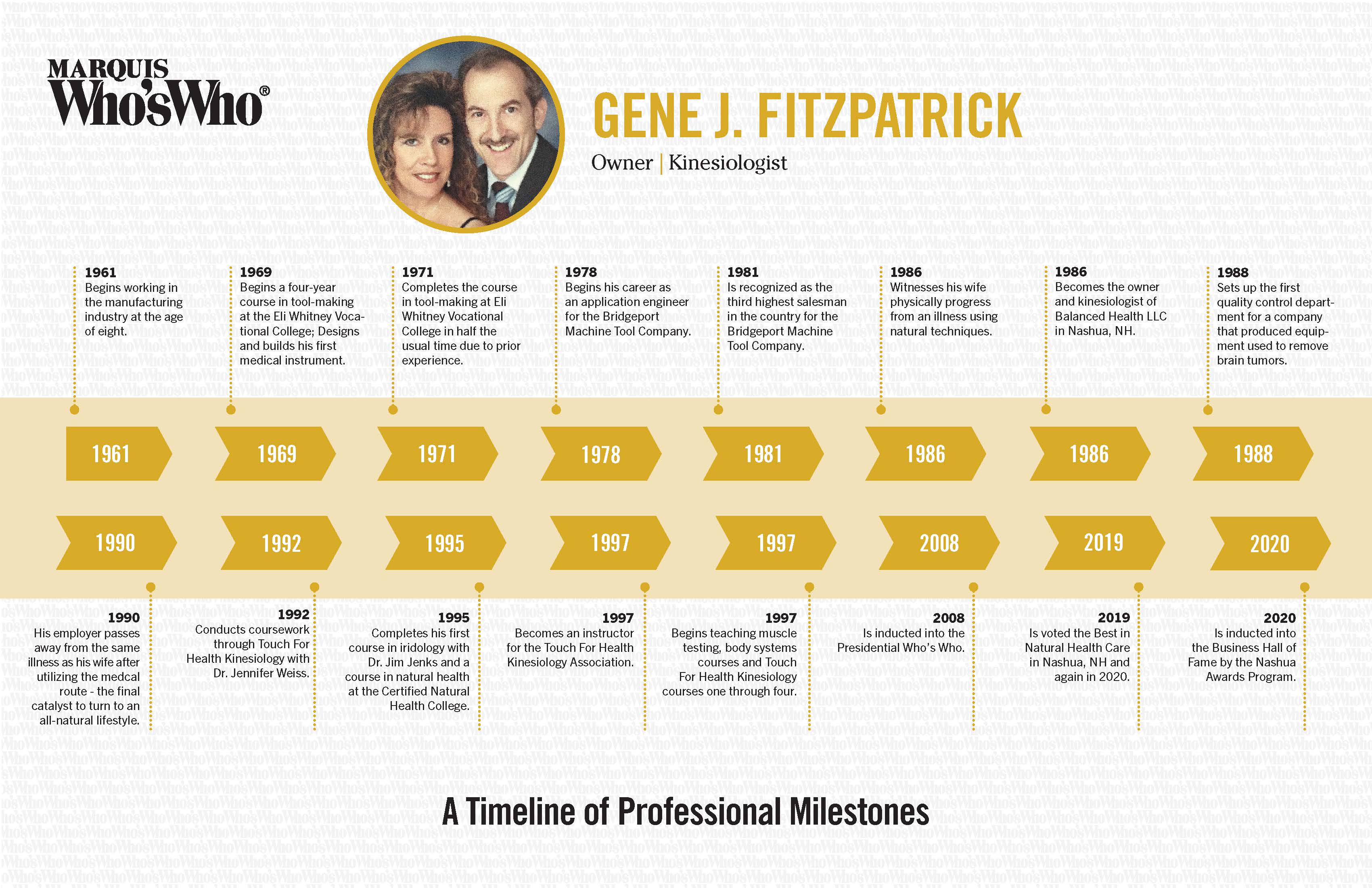 Begins working in the manufacturing industry at the age of eight.

Begins a four-year course in tool-making at the Eli Whitney Vocational College; Designs and builds his first medical instrument.

Completes the course in tool-making at Eli Whitney Vocational College in half the usual time due to prior experience.

Begins his career as an application engineer for the Bridgeport Machine Tool Company.

Is recognized as the third highest salesman in the country for the Bridgeport Machine Tool Company.

Becomes the owner and kinesiologist of Balanced Health LLC in Nashua, NH.

Sets up the first quality control department for a company that produced equipment used to remove brain tumors.

His employer passes away from the same illness as his wife after utilizing the medical route – the final catalyst to turn to an all-natural lifestyle.

Completes his first course in iridology with Dr. Jim Jenks and a course in natural health at the Certified Natural Health College.

Becomes an instructor for the Touch For Health Kinesiology Association.

Is inducted into the Presidential Who’s Who.

Is voted the Best in Natural Health Care in Nashua, NH and again in 2020.

Is inducted into the Business Hall of Fame by the Nashua Awards Program.