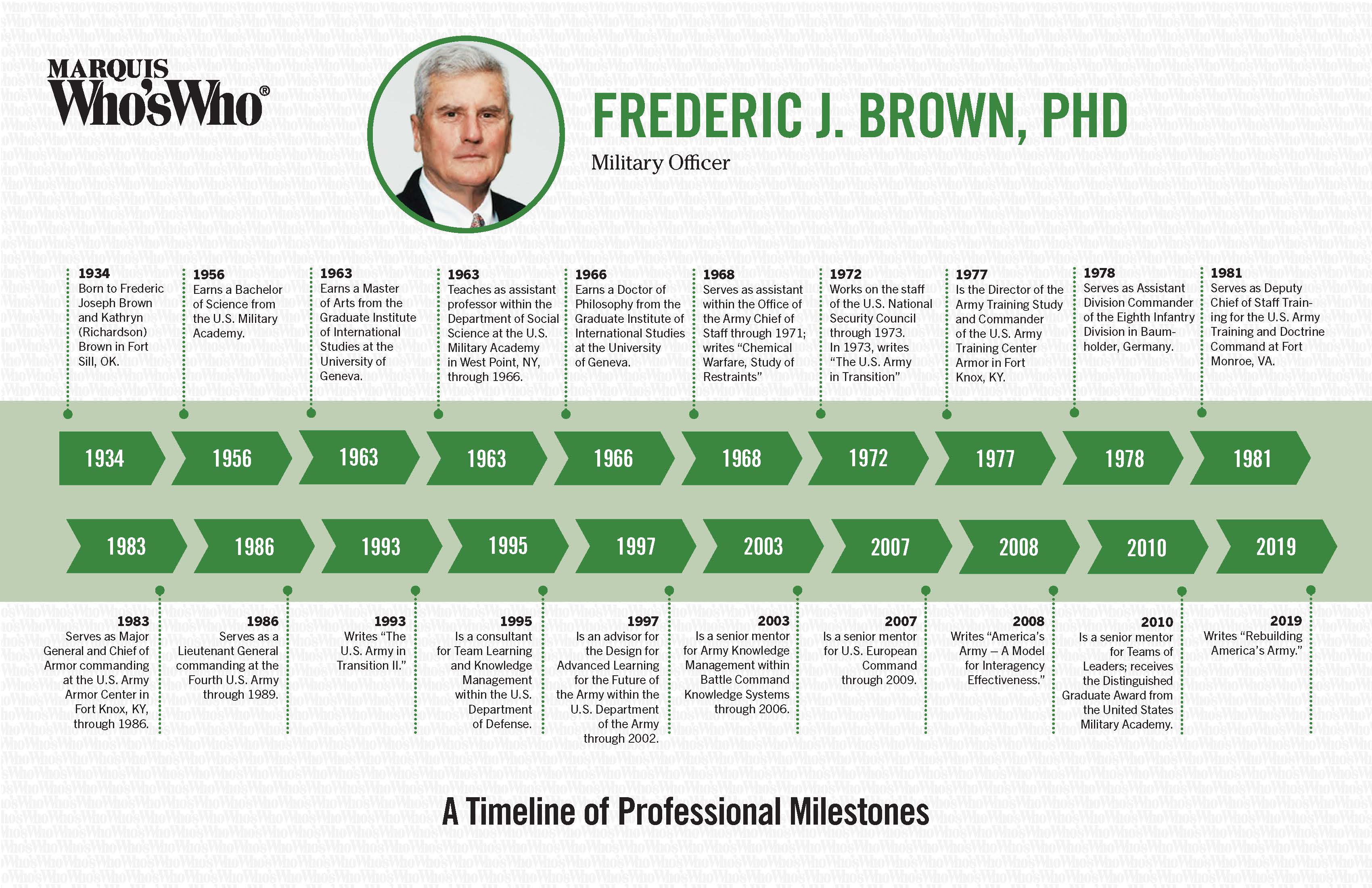 Earns a Bachelor of Science from the U.S. Military Academy.

Earns a Master of Arts from the Graduate Institute of International Studies at the University of Geneva.

Teaches as assistant professor within the Department of Social Science at the U.S. Military Academy in West Point, NY, through 1966.

Earns a Doctor of Philosophy from the Graduate Institute of International Studies at the University of Geneva.

Serves as assistant within the Office of the Army Chief of Staff through 1971; writes “Chemical Warfare, Study of Restraints”

Serves as Assistant Division Commander of the Eighth Infantry Division in Baumholder, Germany.

Serves as Deputy Chief of Staff Training for the U.S. Army Training and Doctrine Command at Fort Monroe, VA.

Serves as Major General and Chief of Armor commanding at the U.S. Army Armor Center in Fort Knox, KY, through 1986.

Serves as a Lieutenant General commanding at the Fourth U.S. Army through 1989.

Is a consultant for Team Learning and Knowledge Management within the U.S. Department of Defense.

Is an advisor for the Design for Advanced Learning for the Future of the Army within the U.S. Department of the Army through 2002.

Is a senior mentor for Army Knowledge Management within Battle Command Knowledge Systems through 2006.

Is a senior mentor for U.S. European Command through 2009.

Is a senior mentor for Teams of Leaders; receives the Distinguished Graduate Award from the United States Military Academy.