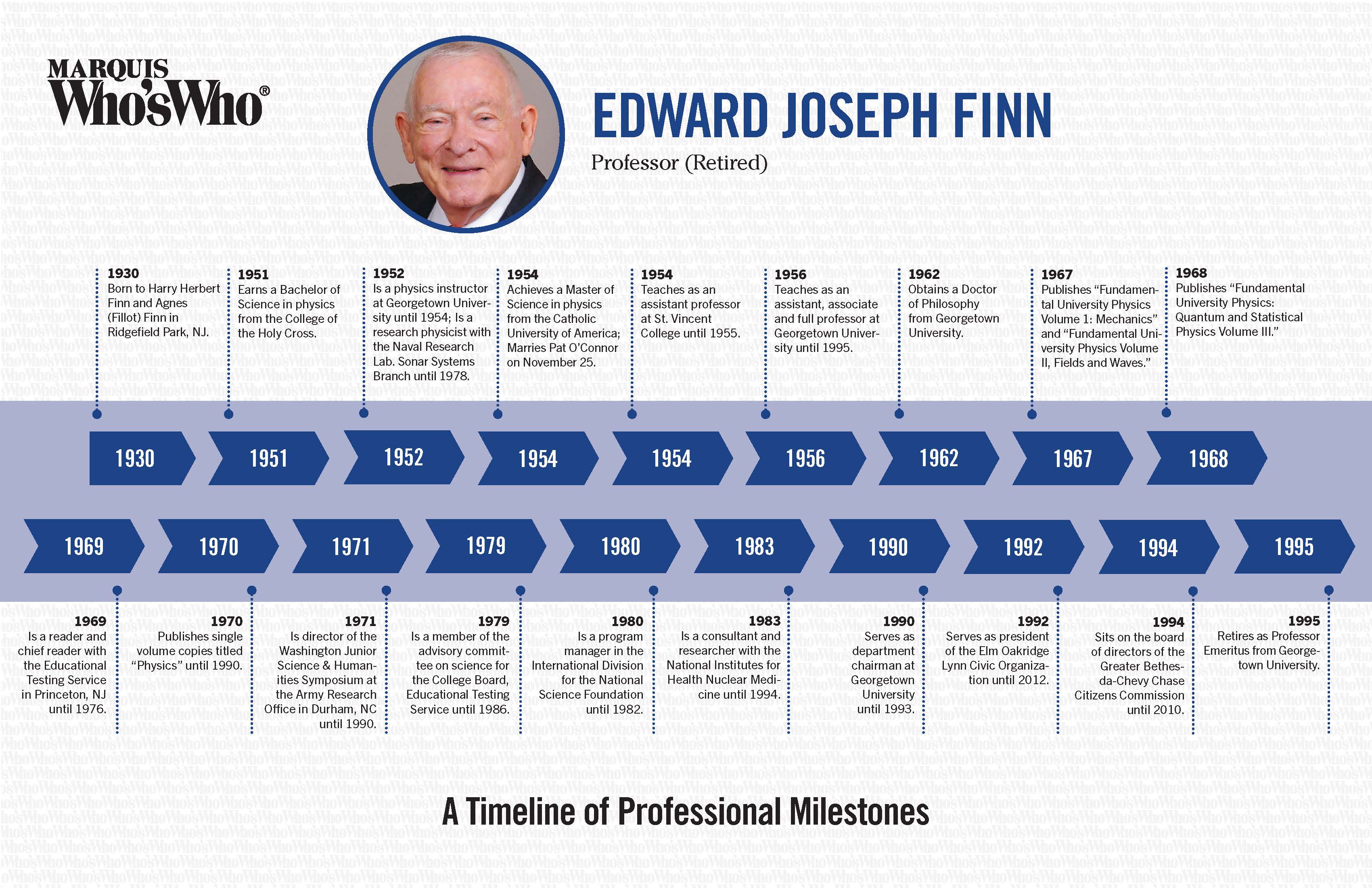 Earns a Bachelor of Science in physics from the College of the Holy Cross.

Is a physics instructor at Georgetown University until 1954; Is a research physicist with the Naval Research Lab. Sonar Systems Branch until 1978.

Achieves a Master of Science in physics from the Catholic University of America; Marries Pat O’Connor on November 25.

Teaches as an assistant professor at St. Vincent College until 1955.

Teaches as an assistant, associate and full professor at Georgetown University until 1995.

Obtains a Doctor of Philosophy from Georgetown University.

Is a reader and chief reader with the Educational Testing Service in Princeton, NJ until 1976.

Is director of the Washington Junior Science & Humanities Symposium at the Army Research Office in Durham, NC until 1990.

Is a member of the advisory committee on science for the College Board, Educational Testing Service until 1986.

Is a program manager in the International Division for the National Science Foundation until 1982.

Is a consultant and researcher with the National Institutes for Health Nuclear Medicine until 1994.

Serves as department chairman at Georgetown University until 1993.

Serves as president of the Elm Oakridge Lynn Civic Organization until 2012.

Sits on the board of directors of the Greater Bethesda-Chevy Chase Citizens Commission until 2010.