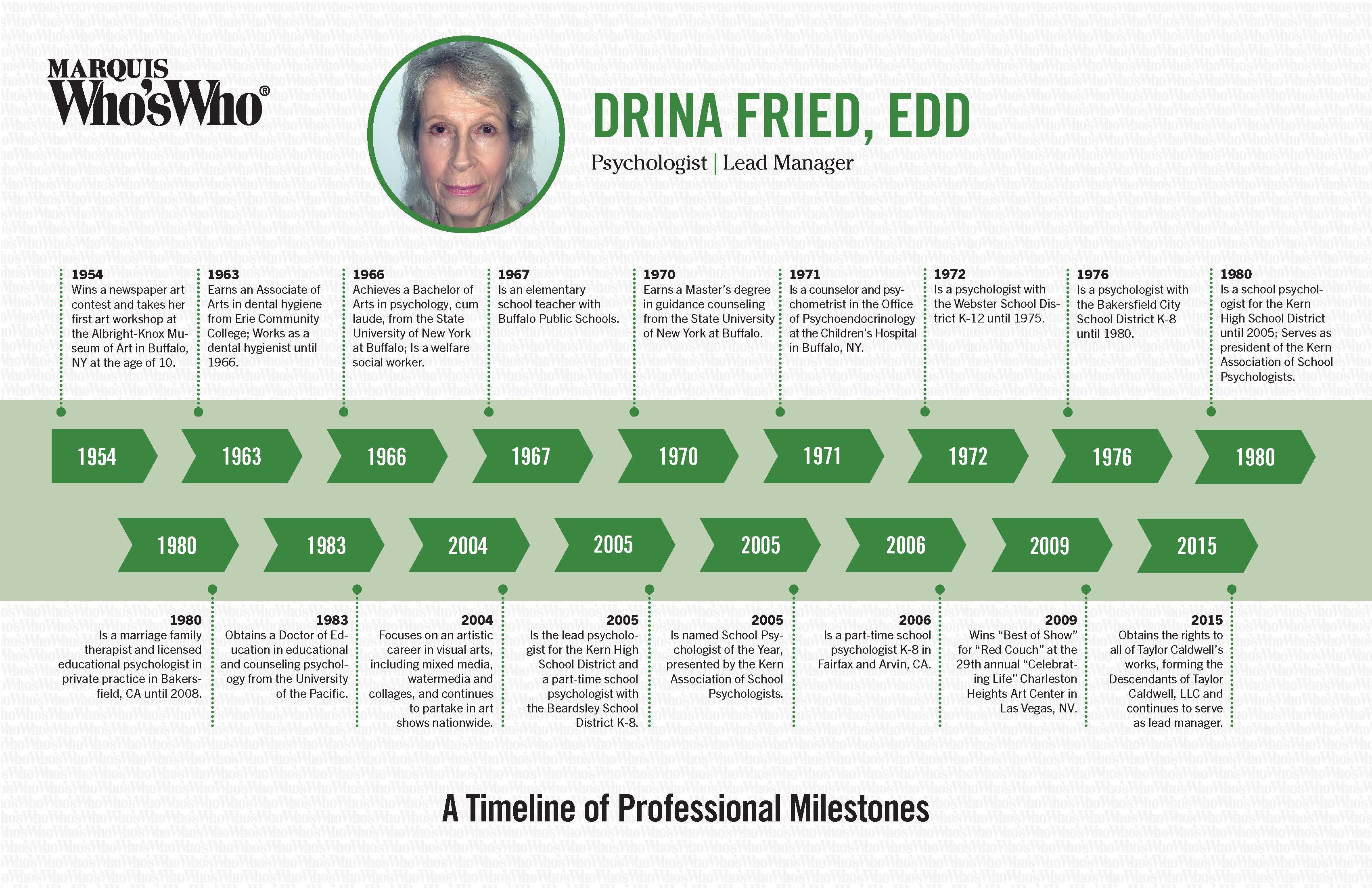 Wins a newspaper art contest and takes her first art workshop at the Albright-Knox Museum of Art in Buffalo, NY at the age of 10.

Earns an Associate of Arts in dental hygiene from Erie Community College; Works as a dental hygienist until 1966.

Is an elementary school teacher with Buffalo Public Schools.

Earns a Master’s degree in guidance counseling from the State University of New York at Buffalo.

Is a counselor and psychometrist in the Office of Psychoendocrinology at the Children’s Hospital in Buffalo, NY.

Is a psychologist with the Webster School District K-12 until 1975.

Is a psychologist with the Bakersfield City School District K-8 until 1980.

Is a school psychologist for the Kern High School District until 2005; Serves as president of the Kern Association of School Psychologists.

Is a marriage family therapist and licensed educational psychologist in private practice in Bakersfield, CA until 2008.

Obtains a Doctor of Education in educational and counseling psychology from the University of the Pacific.

Focuses on an artistic career in visual arts, including mixed media, watermedia and collages, and continues to partake in art shows nationwide.

Is a part-time school psychologist K-8 in Fairfax and Arvin, CA.