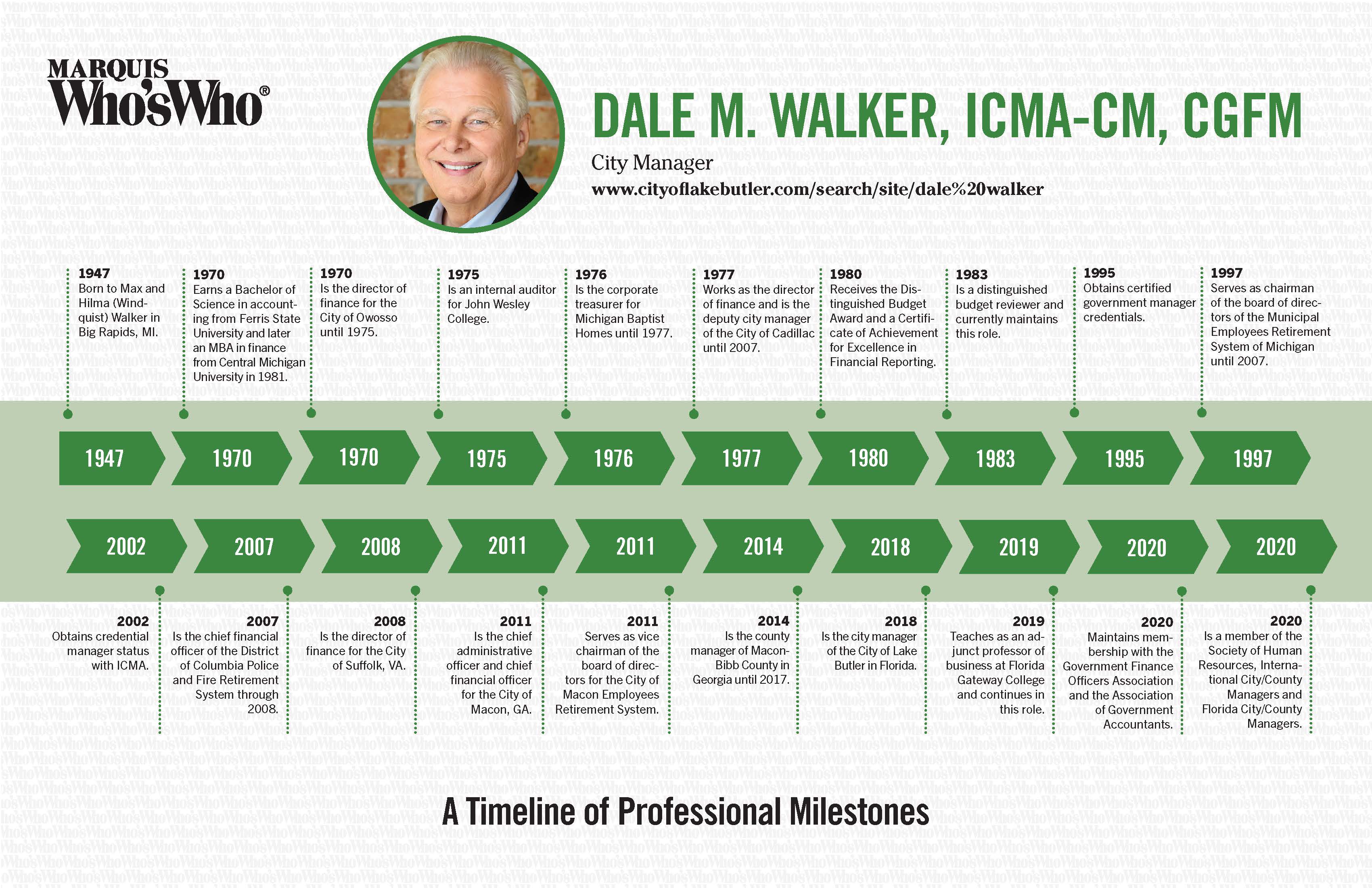 Earns a Bachelor of Science in accounting from Ferris State University and later an MBA in finance from Central Michigan University in 1981.

Is the director of finance for the City of Owosso until 1975.

Is an internal auditor for John Wesley College.

Is the corporate treasurer for Michigan Baptist Homes until 1977.

Works as the director of finance and is the deputy city manager of the City of Cadillac until 2007.

Receives the Distinguished Budget Award and a Certificate of Achievement for Excellence in Financial Reporting.

Is a distinguished budget reviewer and currently maintains this role.

Serves as chairman of the board of directors of the Municipal Employees Retirement System of Michigan until 2007.

Is the chief financial officer of the District of Columbia Police and Fire Retirement System through 2008.

Is the director of finance for the City of Suffolk, VA.

Is the chief administrative officer and chief financial officer for the City of Macon, GA.

Serves as vice chairman of the board of directors for the City of Macon Employees Retirement System.

Is the county manager of Macon-Bibb County in Georgia until 2017.

Is the city manager of the City of Lake Butler in Florida.

Teaches as an adjunct professor of business at Florida Gateway College and continues in this role.