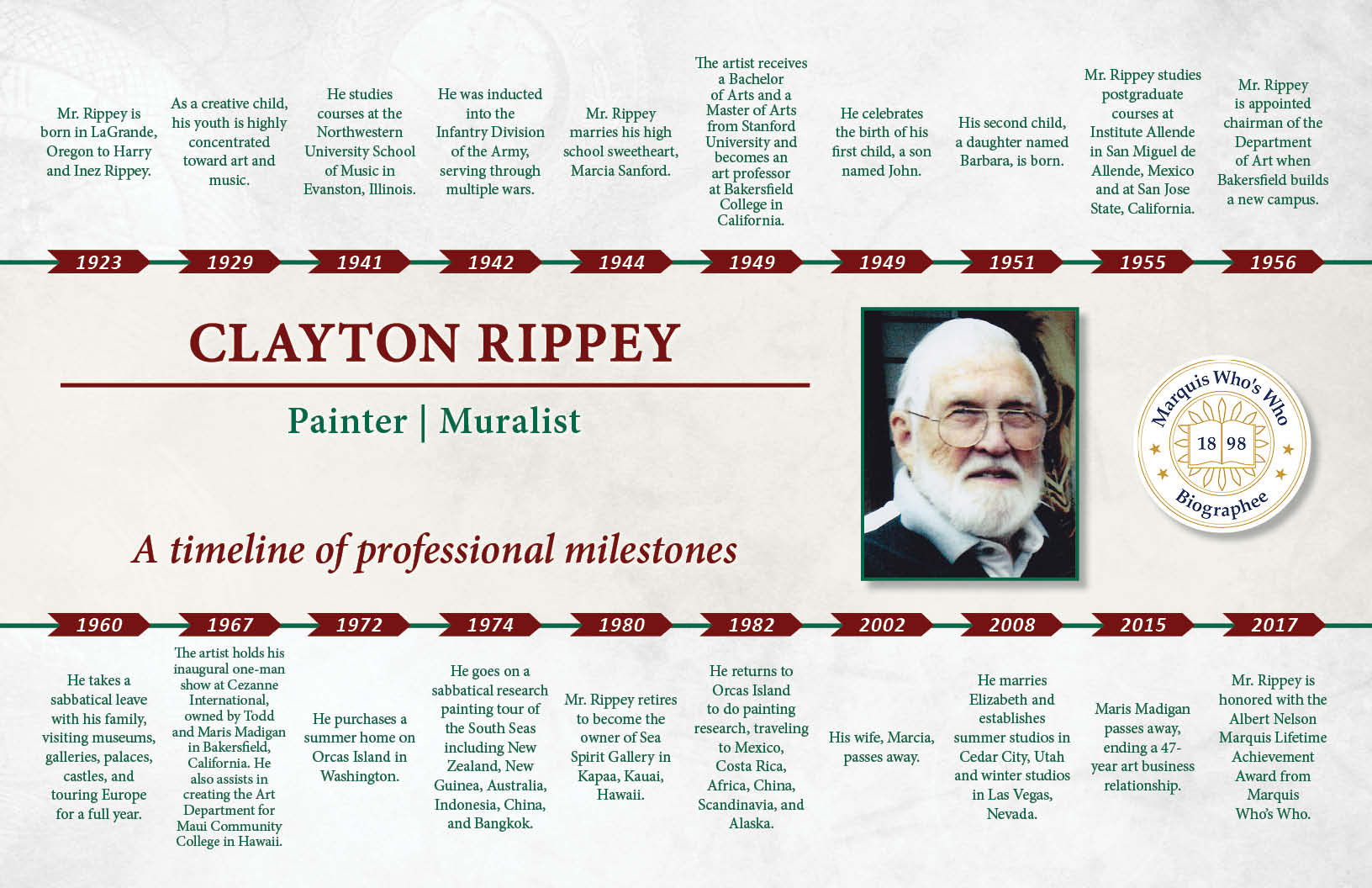 Mr. Rippey is born in LaGrande, Oregon to Harry and Inez Rippey.

As a creative child, his youth is highly concentrated toward art and music.

He studies courses at the Northwestern University School of Music in Evanston, Illinois.

He was inducted into the Infantry Division of the Army, serving through multiple wars.

The artist receives a Bachelor of Arts and a Master of Arts from Stanford University and becomes an art professor at Bakersfield College in California.

He celebrates the birth of his first child, a son named John.

His second child, a daughter named Barbara, is born.

Mr. Rippey is appointed chairman of the Department of Art when Bakersfield builds a new campus.

He takes a sabbatical leave with his family, visiting museums, galleries, palaces, castles, and touring Europe for a full year.

The artist holds his inaugural one-man show at Cezanne International, owned by Todd and Maris Madigan in Bakersfield, California. He also assists in creating the Art Department for Maui Community College in Hawaii.

He purchases a summer home on Orcas Island in Washington.

He goes on a sabbatical research painting tour of the South Seas including New Zealand, New Guinea, Australia, Indonesia, China, and Bangkok.

He returns to Orcas Island to do painting research, traveling to Mexico, Costa Rica, Africa, China, Scandinavia, and Alaska.

His wife, Marcia, passes away.

Mr. Rippey is honored with the Albert Nelson Marquis Lifetime Achievement Award from Marquis Who’s Who.