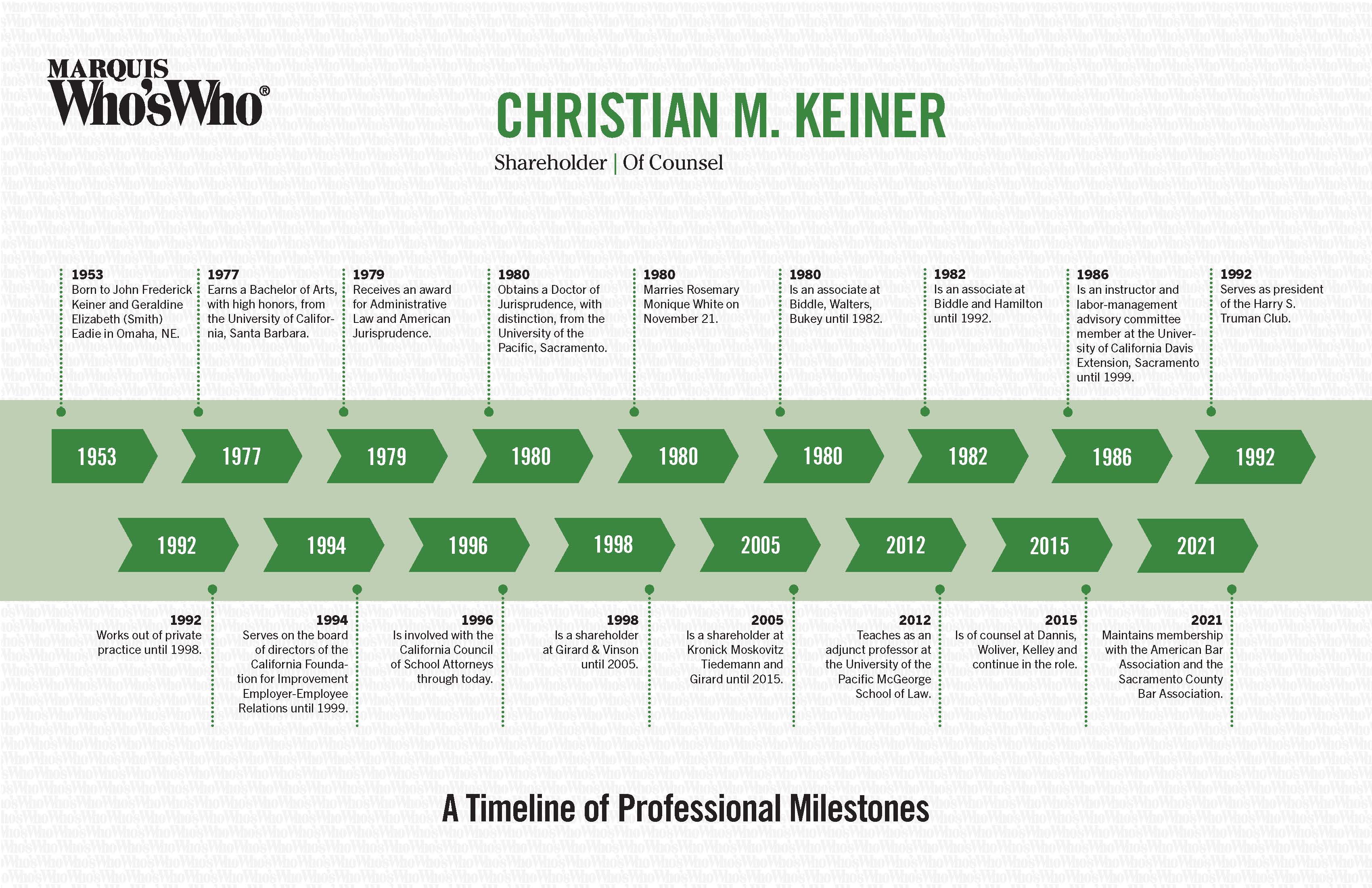 Earns a Bachelor of Arts, with high honors, from the University of California, Santa Barbara.

Receives an award for Administrative Law and American Jurisprudence.

Obtains a Doctor of Jurisprudence, with distinction, from the University of the Pacific, Sacramento.

Is an associate at Biddle, Walters, Bukey until 1982.

Is an associate at Biddle and Hamilton until 1992.

Is an instructor and labor-management advisory committee member at the University of California Davis Extension, Sacramento until 1999.

Serves as president of the Harry S. Truman Club.

Works out of private practice until 1998.

Serves on the board of directors of the California Foundation for Improvement Employer-Employee Relations until 1999.

Is involved with the California Council of School Attorneys through today.

Is a shareholder at Girard & Vinson until 2005.

Is a shareholder at Kronick Moskovitz Tiedemann and Girard until 2015.

Teaches as an adjunct professor at the University of the Pacific McGeorge School of Law.

Is of counsel at Dannis, Woliver, Kelley and continue in the role.