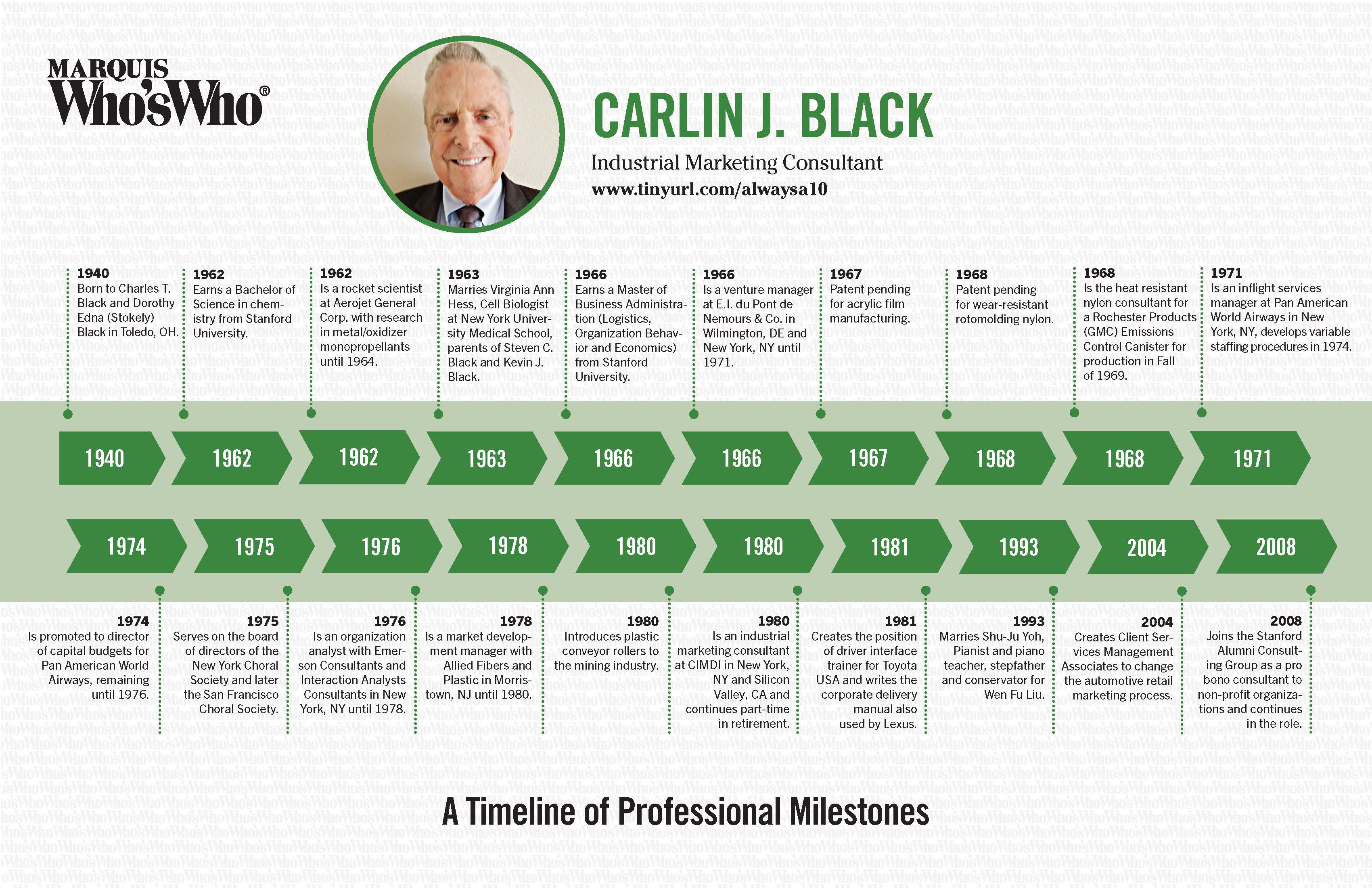 Earns a Bachelor of Science in chemistry from Stanford University.

Is a rocket scientist at Aerojet General Corp. with research in metal/oxidizer monopropellants until 1964.

Is the heat resistant nylon consultant for a Rochester Products (GMC) Emissions Control Canister for production in Fall of 1969.

Is promoted to director of capital budgets for Pan American World Airways, remaining until 1976.

Is an organization analyst with Emerson Consultants and Interaction Analysts Consultants in New York, NY until 1978.

Is a market development manager with Allied Fibers and Plastic in Morristown, NJ until 1980.

Is an industrial marketing consultant at CIMDI in New York, NY and Silicon Valley, CA and continues part-time in retirement.

Creates the position of driver interface trainer for Toyota USA and writes the corporate delivery manual also used by Lexus.

Joins the Stanford Alumni Consulting Group as a pro bono consultant to non-profit organizations and continues in the role.