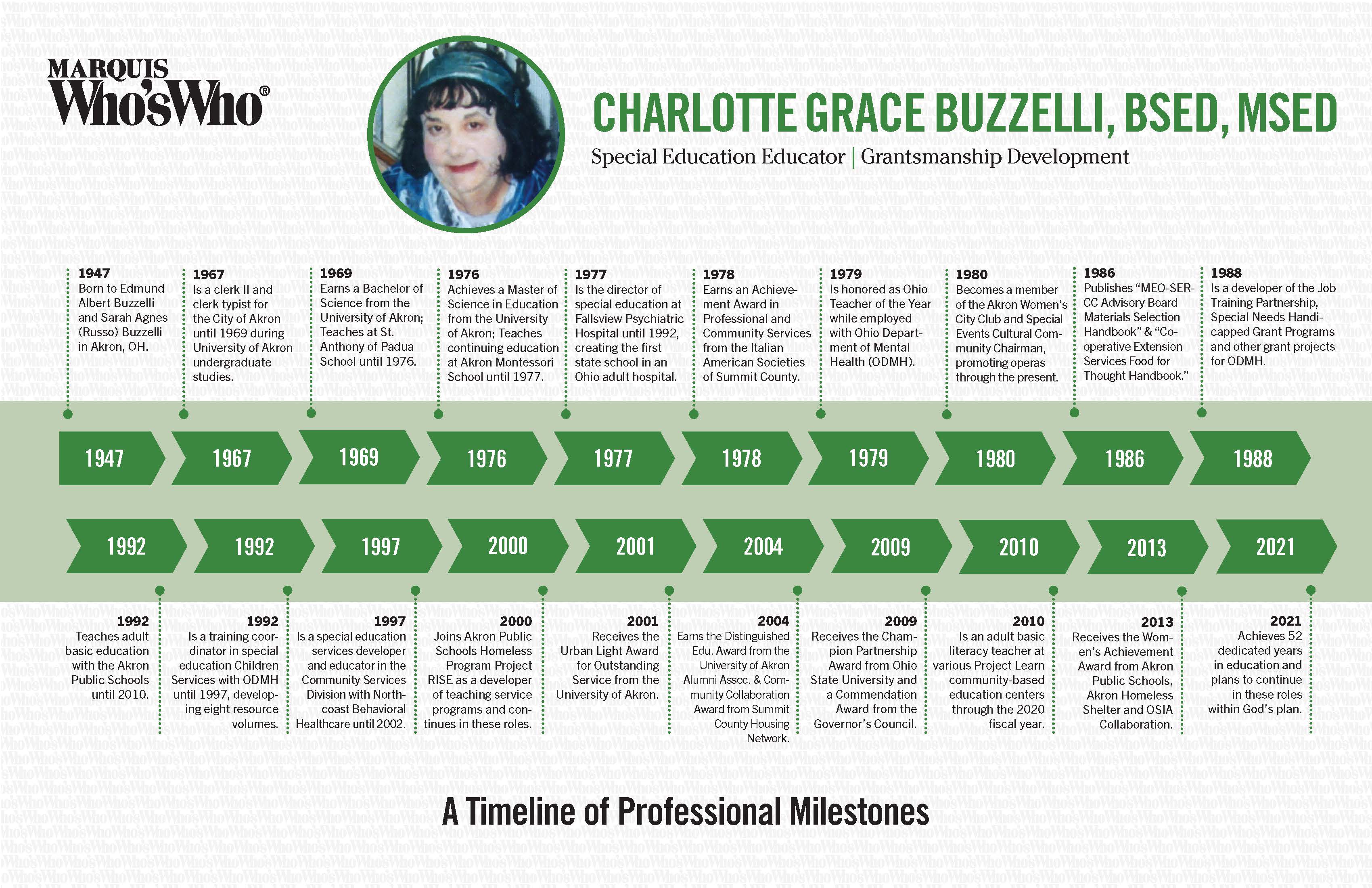 Earns a Bachelor of Science from the University of Akron; Teaches at St. Anthony of Padua School until 1976.

Achieves a Master of Science in Education from the University of Akron; Teaches continuing education at Akron Montessori School until 1977.

Is the director of special education at Fallsview Psychiatric Hospital until 1992, creating the first state school in an Ohio adult hospital.

Earns an Achievement Award in Professional and Community Services from the Italian American Societies of Summit County.

Is honored as Ohio Teacher of the Year while employed with Ohio Department of Mental Health (ODMH).

Becomes a member of the Akron Women’s City Club and Special Events Cultural Community Chairman, promoting operas through the present.

Is a developer of the Job Training Partnership, Special Needs Handicapped Grant Programs and other grant projects for ODMH.

Teaches adult basic education with the Akron Public Schools until 2010.

Is a training coordinator in special education Children Services with ODMH until 1997, developing eight resource volumes.

Is a special education services developer and educator in the Community Services Division with Northcoast Behavioral Healthcare until 2002.

Joins Akron Public Schools Homeless Program Project RISE as a developer of teaching service programs and continues in these roles.

Receives the Urban Light Award for Outstanding Service from the University of Akron.

Receives the Champion Partnership Award from Ohio State University and a Commendation Award from the Governor’s Council.

Achieves 52 dedicated years in education and plans to continue in these roles within God’s plan.