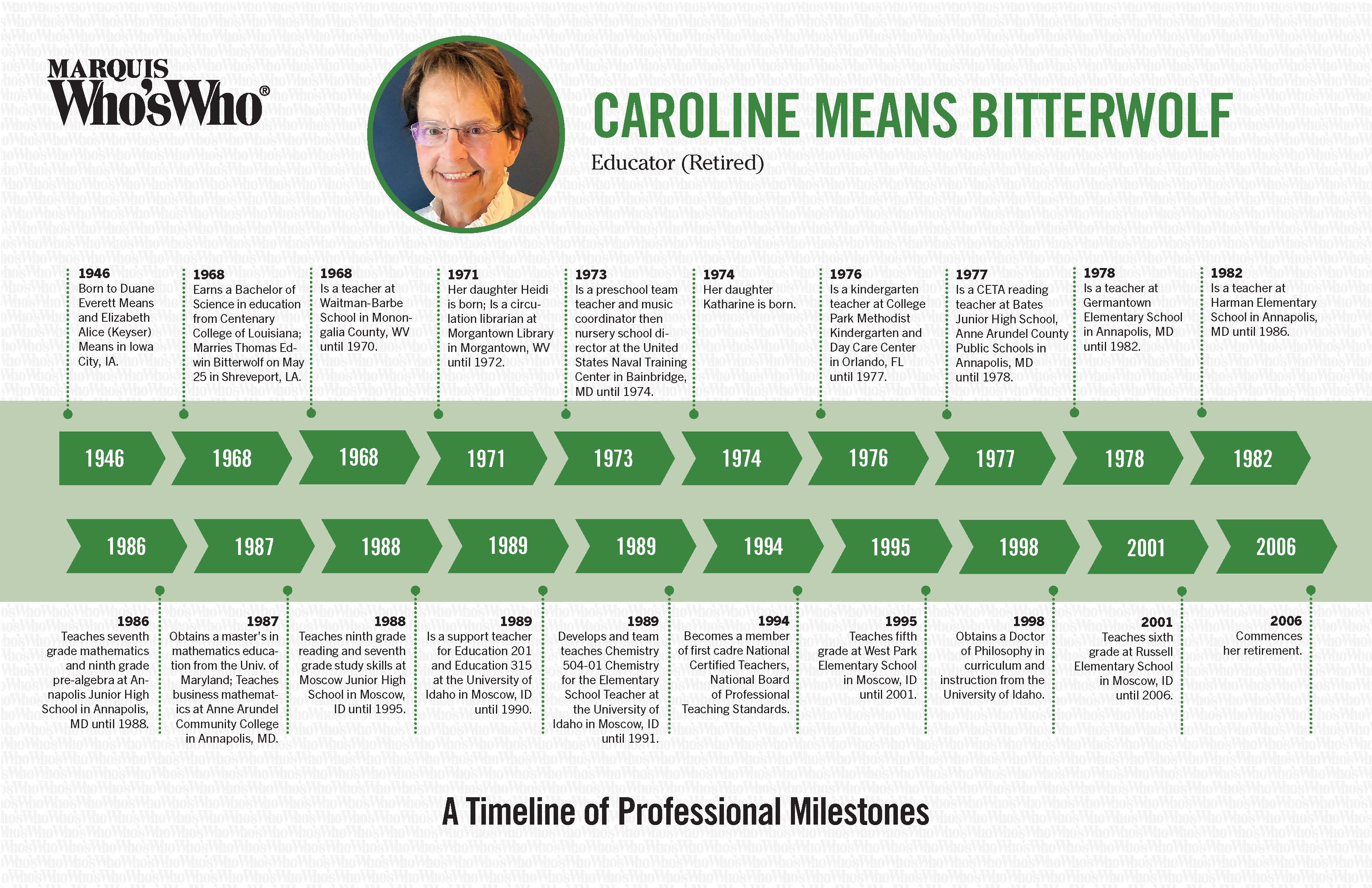 Earns a Bachelor of Science in education from Centenary College of Louisiana; Marries Thomas Edwin Bitterwolf on May 25 in Shreveport, LA.

Is a teacher at Waitman-Barbe School in Monongalia County, WV until 1970.

Her daughter Heidi is born; Is a circulation librarian at Morgantown Library in Morgantown, WV until 1972.

Is a preschool team teacher and music coordinator then nursery school director at the United States Naval Training Center in Bainbridge, MD until 1974.

Her daughter Katharine is born.

Is a kindergarten teacher at College Park Methodist Kindergarten and Day Care Center in Orlando, FL until 1977.

Is a teacher at Germantown Elementary School in Annapolis, MD until 1982.

Is a teacher at Harman Elementary School in Annapolis, MD until 1986.

Obtains a master’s in mathematics education from the Univ. of Maryland; Teaches business mathematics at Anne Arundel Community College in Annapolis, MD.

Is a support teacher for Education 201 and Education 315 at the University of Idaho in Moscow, ID until 1990.

Develops and team teaches Chemistry 504-01 Chemistry for the Elementary School Teacher at the University of Idaho in Moscow, ID until 1991.

Obtains a Doctor of Philosophy in curriculum and instruction from the University of Idaho.