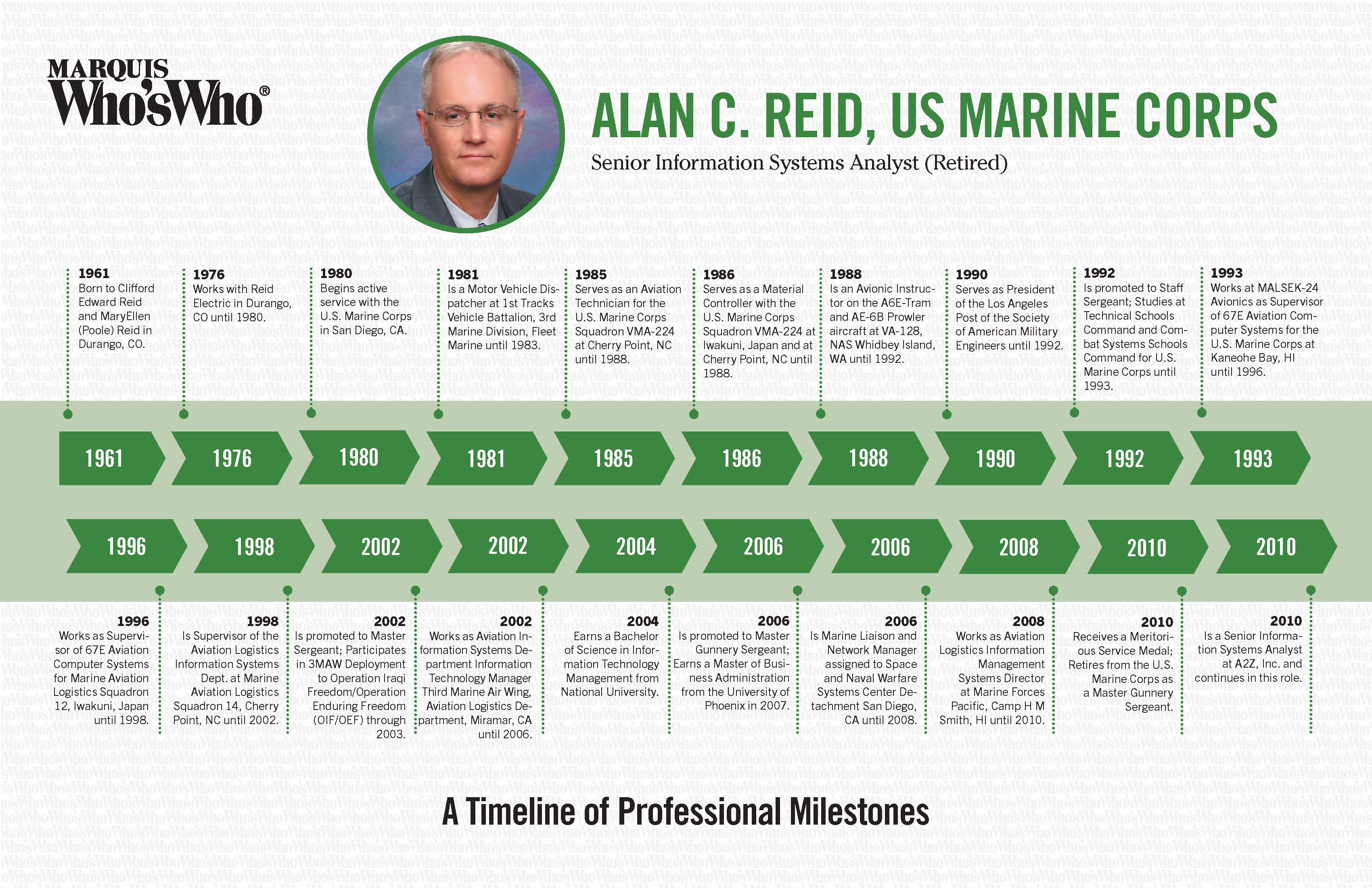 Works with Reid Electric in Durango, CO until 1980.

Serves as an Aviation Technician for the U.S. Marine Corps Squadron VMA-224 at Cherry Point, NC until 1988.

Serves as a Material Controller with the U.S. Marine Corps Squadron VMA-224 at Iwakuni, Japan and at Cherry Point, NC until 1988.

Is an Avionic Instructor on the A6E-Tram and AE-6B Prowler aircraft at VA-128, NAS Whidbey Island, WA until 1992.

Serves as President of the Los Angeles Post of the Society of American Military Engineers until 1992.

Works at MALSEK-24 Avionics as Supervisor of 67E Aviation Computer Systems for the U.S. Marine Corps at Kaneohe Bay, HI until 1996.

Earns a Bachelor of Science in Information Technology Management from National University.

Is promoted to Master Gunnery Sergeant; Earns a Master of Business Administration from the University of Phoenix in 2007.

Receives a Meritorious Service Medal; Retires from the U.S. Marine Corps as a Master Gunnery Sergeant.

Is a Senior Information Systems Analyst at A2Z, Inc. and continues in this role.