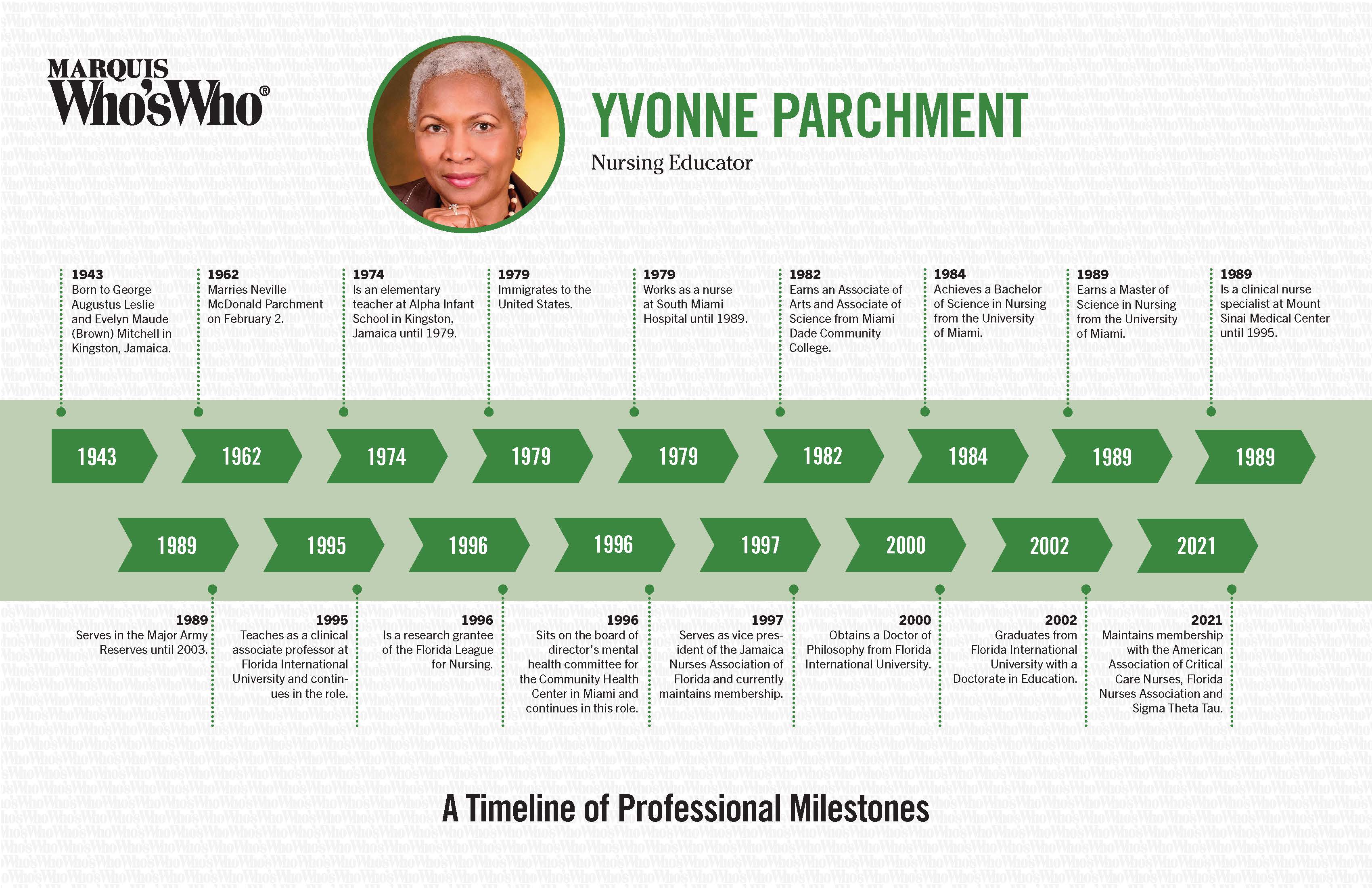 Is an elementary teacher at Alpha Infant School in Kingston, Jamaica until 1979.

Works as a nurse at South Miami Hospital until 1989.

Achieves a Bachelor of Science in Nursing from the University of Miami.

Earns a Master of Science in Nursing from the University of Miami.

Is a clinical nurse specialist at Mount Sinai Medical Center until 1995.

Serves in the Major Army Reserves until 2003.

Teaches as a clinical associate professor at Florida International University and continues in the role.

Is a research grantee of the Florida League for Nursing.

Sits on the board of director’s mental health committee for the Community Health Center in Miami and continues in this role.

Serves as vice president of the Jamaica Nurses Association of Florida and currently maintains membership.

Obtains a Doctor of Philosophy from Florida International University.

Graduates from Florida International University with a Doctorate in Education.